Steve Howey is one of those actors who just seems to be everywhere but is also extremely skilled at staying out of the spotlight. After endearing himself to fans as the dim witted yet well meaning Van Montgomery on the hit series Reba he has moved into films and found his way back to TV success with the series Shameless. Over the years, a lot has changed for the hilarious actor, so here are 8 things you never knew about him:

Steven Michael Robert Howey was born on July 12, 1977, and while he was originally from Texas, he wasn’t necessarily raised there. His father Bill Howey was an acting teacher in Los Angeles and was connected to some big names including Patrick Swayze and George Clooney. Instead of being raised in a home, Howey actually spent most of his childhood on a 67-foot schooner which his parents would sail between Panama and Los Angeles. “My home school consisted of my mother saying that when she was done suntanning and with her Mai Tai she would teach me about fractions.” Meanwhile his dad would tell him, “Drinking rum before noon doesn’t mean you are a drunk, it means you are a pirate.” When on land he admits he was mostly raised by his older brother.

Eventually, Howey moved to Denver, Colorado, while still in High School and ended up receiving a basketball scholarship to Northeastern Junior College in Sterling, Colorado. Despite his athletic skills he quickly turned to acting. In 1998 he landed his first role, and in 2001 was cast in his breakout role as Van Montgomery on Reba. He has since appeared in series such as Sons of Anarchy, New Girl, and Shameless, but also transitioned to movie roles with 2005’s Supercross. He said after years of being on Reba it was quite the learning curve, “Coming from comedy, five years of coming from a sitcom, Reba, into doing this it’s a totally different animal. It’s a totally different discipline. It’s just a totally different world. You’re going from a set, four camera rehearsal trying to feed a joke, and now we have like one or two cameras or they have them cable rigged, they have cameras on cranes. They’re setting up for a shot and you get these close-ups, you capture a lot, so as an actor I was just trying to be this guy. Trying to stay as close to the story as possible.”

While Steve Howey has admitted he isn’t a huge fan of doing interviews, the few he has done have come to the same consensus: he is really just a regular guy. His hobbies include playing poker, riding dirt bikes, and going to the shooting range. Howey admits he has multiple safes full of pistols and revolvers and also loves going to the range because of all the interesting people he has met there including ex-military and police force members.

The Grand Master hooked my G34 up a while ago. I’ve used it in a couple pistol competitions and did very well. Thanks to @taran_tactical_innovations !!!

Steve Howey met his now wife, actress Sarah Shahi, back in 2004 when she guest starred on an episode of Reba called “To Tell You the Truth.” The pair had an instant connection, and as an up and coming actor, Howey suggested that Shahi should take lessons from his dad Bill Howey, who she credits with the success of her career. In June 2007 Shahi and Howey became engaged while on vacation in Hawaii and two years later were married on February 7, 2009 in Las Vegas. In July of that year they welcomed their first child, son William Wolf. On March 1, 2015 the pair welcomed their twins, daughter Violet Moon and son Knox.

Over the years, Howey is one of few Hollywood men to open up about his struggles with his weight which has fluctuated from time to time. Fans who now watch him on Shameless know just how toned and in shape he is, but it was a journey to get there. “I’ve always been up and down with my weight. I think when Reba ended and I really wasn’t sure what was next for me, I really blew up. But I’ve gotten back in shape over the last year or so because of health reasons, not aesthetics. When I entered the first season of Shameless, I compressed a vertebrae and that was very painful. I couldn’t stand up, let alone walk. And I realized something had to change, so I started working out. I wanted to lose that extra weight and strengthen my muscles so my bones wouldn’t collapse on me,” he explained in an interview with Men’s Fitness.

When Howey and his wife Sarah Shahi welcomed their first child William Wolf in 2009, the actor admits he wasn’t ready for how quickly things changed. “We used to go on vacations all the time, but then suddenly Sarah was pregnant. All our energy was going to the baby.” It did, however, prepare the two for the arrival of their twins in 2015, which the pair said brought them closer together with a process that included a home birth, and now they just work on making time for their relationship. “It can be overwhelming but Sarah and I work really hard now to schedule workout time together. Or we’ll run to the kitchen and do a tequila shot really fast — just do something together. Then it’s right back into the playroom or changing a diaper,” he joked.

After beginning his on-screen career in 1998 at the age of 21, Howey has made his way through both movies and television. After a few small roles on TV, he landed the beloved role of Van Montgomery on Reba and went on to appear in films such as Supercross as well as Bride Wars and Something Borrowed both co-starring Kate Hudson. In 2013 he had a three episode role on the extremely popular series Sons of Anarchy, and now is best known for starring on the series Shameless as Kevin Ball. Now, with 36 acting credits to his name, Howey has an estimated net worth of $3 million.

For the most part Howey and his wife have led a very low-key life, that was until a 2016 scandal erupted involving their nanny. Unlike many other celebrity nanny scandals which involve the husband cheating with the nanny, this one was much more strange. In November of 2016, Howey and Shahi’s former nanny Sarah Alaseri filed a lawsuit claiming that she suffered religious discrimination and sexual harassment from both stars while employed by them. Alseri began working for the couple in July 2012 and stated they often ridiculed her Muslim religion and mocked her for dressing modestly, fasting and wearing a full scarf to pray, and was subjected to severe verbal abuse. She also claimed that Shahi would tell her all about her affair with an “A-list” actor and would detail their sexual encounters to Alseri and even showed her photos of her lover’s genitals. Alseri then claims that Shahi encouraged her to start an affair with Howey and “run off” with him so that Shahi could “move on with her life” with her lover. She was eventually fired in May 2015 with Howey and Shahi telling Alseri’s agency that she is a “criminal.” Alseri sued for damages for back wages, harassment, and wrongful termination. Details on the case since have been kept private. 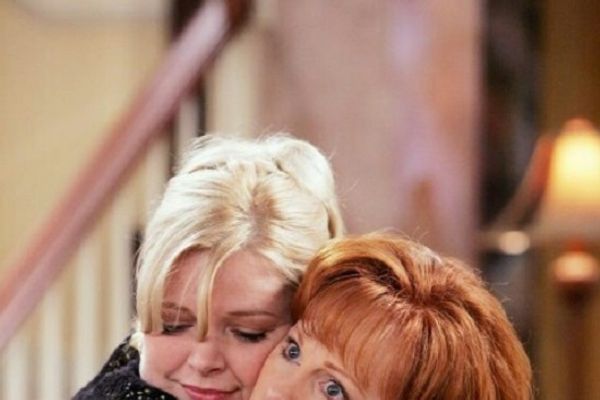