Harry Potter was a worldwide phenomenon! People fell in love with the characters in the book on and off screen, but unfortunately for some of the stars who played our most beloved characters, the role typecast them and has kept their careers from progressing ever since. This list takes a look at some of the actors whose careers have been at a standstill since their days on Harry Potter.

Bonnie Wright will always be best known for playing Ginny Weasley in the Harry Potter film series, but she has had a career since then – just not as high a profile one as that. Since the franchise ended, she graduated from university with a Bachelor of Arts degree and has acted in a handful of films and on stage, but prefers to work behind the camera, directing short films, as well as a couple of music videos. She’s clearly not interested in becoming a big star, which makes us sad, because we’d love to see more of her!

Devon Murray played the ever-endearing Seamus Finnigan in all of the Harry Potter films, and one would think this would have been enough to launch his career. Unfortunately, most of the acting credits this guy has to his name happened before the franchise swooped in and forever cast him as Seamus! However, this year, he will be appearing in a film. It’s called Damo & Ivor: The Movie, so that’s a start!

According to Jessie Cave, who played Lavender Brown in the Harry Potter films, the franchise “did nothing for [her] career.” Since the franchise ended, she’s become a successful illustrator and has released a book of her drawings called Love Sick, which were turned into greetings cards. She also has a YouTube channel, which features her comedy sketches. As for her acting career, she’s appeared in several movies since the last Harry Potter film and was a main cast member in a couple of British shows, Glue and Trollied. Even though she’s still acting, it seems like her real career ambitions were to become a performance artist, and she’s got that now!

When you are cast as Vincent Crabbe, it’s hard to escape that rough around the edges image. This is even more true when that’s actually who you are. Jamie Waylett found himself in some legal troubles when he was pulled over and found in possession of a knife and 8 bags of cannabis. The police searched the mother of the British actor’s home and discovered that plants were being grown. Waylett wound up with 120 hours of community service. Unfortunately, this wasn’t his only crime. Jamie was arrested and tried for his participation in the 2011 England riots.  The discovery of even more plants in Waylett’s home resulted in a 2-year prison sentence. Nothing throws your burgeoning acting career off course like a stint in the slammer!

Sean Biggerstaff is best known for his portrayal of Oliver Wood in the first two Harry Potter films. Even though he’s continued to act since, none of his roles have been as notable and he has some significant gaps in his resume. He’ll be appearing in the movie Super November this year, so hopefully, that means more roles will follow!

Josh Herdman played the memorable bully Gregory Goyle, but he has not made much of a splash in the film industry since. Herdman has had parts in several television shows and British films. His biggest role since leaving the franchise has been in the show Marcella; he played Eric Davidson for eight episodes. Since 2016, he has been pursuing a career in MMA.

Luna Lovegood was a quirky and beloved character in the Harry Potter series and Evanna Lynch appeared in said role in four installments of the feature flicks. Despite her greatly whimsical performance, Lynch hasn’t quite got her acting career off the ground. She’s appeared in a few films including GBF since her time with the Potter franchise and has also focused on stage performance. She’s also done some modeling and made fashion accessories. As of 2018, she’s competing on season 27 of Dancing with the Stars and will appear in the movie, Madness in the Method.

Harry Melling was the spoiled brat extraordinaire as Harry Potter’s cousin Dudley Dursley. Melling was well aware of the dangers of being typecast as a chubby tormentor and quickly shed the pounds and got to work behind the scenes of theatre. He appeared in several small roles in television and wrote a play, Peddling, which ran in London and off-Broadway in New York. In recent years, he has had a couple of film roles. He has appeared in The Lost City of Z and The Ballad of Buster Scruggs.

Playing Cho Chang in the Harry Potter films is what launched Katie Leung’s career. When the franchise ended, she actually considered quitting acting, but instead, she took an intensive summer drama course at the prestigious Royal Conservatoire of Scotland, which reaffirmed her passion for acting. She has since done some stage work in plays like The Intelligent Homosexual’s Guide to Capitalism and Socialism with a Key to the Scriptures and Snow in Midsummer, and televisions like One Child and Strangers, but nothing nearly as big as the Harry Potter films.

Unfortunately for the twins who portrayed Fred and George Weasley perfectly, their twin status has typecast them in the role of a duo! While the twins have tried to forge their own ways, they have only appeared in movie shorts, TV movies, and a couple B-list flicks. The boys have not made quite the splash in the entertainment industry one would hope for after appearing in the successful Harry Potter series!

After appearing in The Twilight Saga trilogy and his minor role in Harry Potter and the Deathly Hallows: Part 1, it was suspected that Jamie Campbell Bower would hit the big time. While he hasn’t gone on to have a successful movie career, he has landed some television roles. He played Christopher Marlowe in the drama series Will and lends his voice to the children’s television series, Thomas and Friends.

Who knew Matthew Lewis, aka Neville Longbottom, would blossom into a stud? Well, he did! Unfortunately, that hasn’t helped him parlay his talents into a super successful acting career. Some of his bigger roles in recent years have been in the movies Me Before You and Terminal, and he’s currently appearing on the British series Girlfriends. Who knows where this will all lead, but all we know is that we want to see more of Lewis! 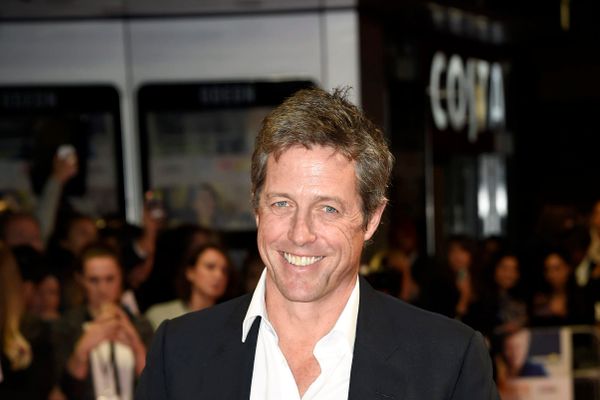 12 Actors Who Almost Starred In The Harry Potter Series