Fame is a fickle flower and no one knows that better than some of the celebs that developed out of the reality television circuit. From hero to zero, this list takes a look at some of those reality stars who dropped off the small screen and into regular Jo Shmo lives!

Unfortunately for Jon Gosselin, who was featured on Jon & Kate Plus Eight, life after their divorce was not so pleasant. The father reportedly did not want to raise his children in the limelight, but his ex-wife had other plans and resumed her role as mother of the year (*cough*) on Kate Plus Eight. Jon drifted into the gutter quite literally. He initially found work as a waiter busing tables in Pennsylvania, but was reportedly fired “for blowing off shifts and coming in late.” Jon has also found work as a DJ, but in a 2016 interview on The Steve Harvey Show, Gosselin stated that he hadn’t seen all of his children together at the same time in 3 years!

After spending only one season on The Real Housewives of Orange County, it’s no wonder Kimberly Bryant has slipped off everyone’s radar! She was forced to flee the California sun after a skin cancer scare, and hit the ground running to the suburbs of Chicago. These days she has resumed her primary role as a mother to two children and as a doting wife to her corporate executive hubby, Scott. She is also involved with charity work throughout the Chicago area. Boring!

Oh Daisy de la Hoya! We almost miss you! Daisy rose to fame after she appeared on Bret Michael’s Rock of Love before earning her own spin off series Daisy of Love. Clever. Unfortunately, after the show aired, de la Hoya spent the better part of seven years battling a serious drug habit! She seems to have set herself straight though and now a few years into sobriety is looking at making some serious changes and maybe going to college. “I’ve been doing a lot of traveling around the world and working on music and getting involved in activism and animal rights,” she said. “I’m actually going back to school right now. I’m going for performing arts.” This was of course said before she ever applied to school…Best of luck to ya!

Jo De La Rosa gave the reality television scene a go before departing permanently. She appeared as an original cast member on The Real Housewives of Orange County, but of course she wasn’t actually a housewife. When she and fiance Slade Smiley split, she peaced out too and headed to LA to attempt to launch her music career. When that didn’t happen, she and her ex reunited for a spin off series Date My Ex. Unfortunately, the show didn’t gain the popularity that was expected and Jo De La Rosa took up a career in marketing and advertising.

Courtney Robertson was the mean girl villain from Ben Faljnik’s season of the Bachelor. She is notorious for taking a nude midnight swim with bachelor Ben, and was accused of appearing on the show to push her modelling career to new heights. While she has remained ever-present in The Bachelor pool alumni, dating other contestants like Arie Luyendyk Jr. and ragging on Jef Holm in her tell-all book, Courtney has returned to a relatively normal life and works as a real estate agent in Los Angeles. Guess her modelling career got put on the back burner…bummer!

The premiere bachelor of the franchise was super eligible because of his Ivey League education and successful career as a television producer and business consultant. Alex Michel made one mistake though. He turned down Trista Rehn! This obviously made us lose interest immediately and rumor has it, Alex was relegated to the cruise ship scene where he was a member of the “Department of Romance.”

This former Playboy playmate turned housewife had a briefly lived reality television career on The Real Housewives of Orange County and then the weight-loss series, Thintervention. After the show Jeana returned to her career in real estate and there she remains. That said, her Twitter account reveals that she still believes she’s famous!

These two milked their 15 of minutes of fame like no one else! Combined, they appeared on five iterations of Survivor, each earning themselves a personal win! Then of course it was off to even more reality glory on not one, but two editions of The Amazing Race! The couple were beloved across the nation and 10 million viewers tuned in to watch them exchange their vows on a two hour televised special. The couple currently reside in Florida, and are putting their winnings toward their four daughters. When the Toronto Star asked Rob if he’d ever return to Survivor, the Boston native had this to say, “I won the show, my wife won the show, I played four times. No disrespect to the show, I love the show with all my heart, but I’ve done everything I want to do, I have nothing left to prove.

The Cinderella story of Lauri Waring kept us watching over the years. She went from being poor, to being rich, back to being poor. She appeared on four seasons of The Real Housewives of Orange County before she left to help her son deal with personal and legal issues. She returned to the show as a friend of the housewives, but after an epic blow out with none other than Vicki Gunvalson, Waring wasn’t asked to return. She is still married to her hubby George and spends her hours tweeting. 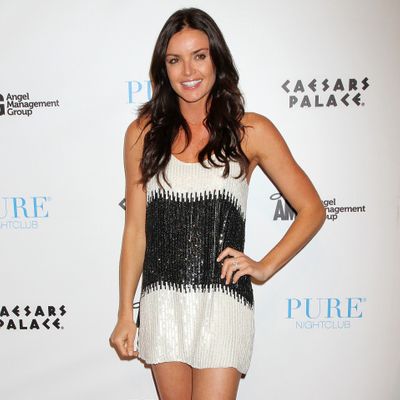