Bravo’s Real Housewives franchise is typically all about the ladies who are cast on the show to hangout with one another and hopefully bring a little entertaining drama to the screen. But lately the men are becoming more and more involved and some of the husbands on the show are freatured quite frequently! In honor of the hubbys who are so often underrated on the show, here’s a list of the 9 hottest (current) Real Housewives husbands!

The Dubrow’s are definitely one of the strongest power couples in the Real Housewives franchise. Terry Dubrow goes down as one of the cutest husbands on the Real Housewives mainly because of his great sense of humor. He’s incredibly goofy, playful and he always knows how to lighten the mood! This is a great (and necessary) trait when surrounded by a cast of dramatic women. Terry has been married to O.C. Housewife, Heather Dubrow for nearly two decades! Together they have four children together and have managed to somewhat merge their careers in a great way by writing a book and creating a skin care line together. In addition to all this, he also co-stars on his own show, Botched! Not only is Terry one of the most renowned plastic surgeons in the world, he’s also one of the hottest Real Housewives husbands!

Vince Van Patten was famous in his own right before he started appearing on The Real Housewives of Beverly Hills alongside soap star, Eileen Davidson, in season 5. He’s started out as a child actor who appeared in several classic TV series like Bonanza, Wonder Woman and Adam-12. He continued acting up until 1995, but hasn’t acted much since. He’s been more focused on his career as a professional tennis player. At one point, Patten was ranked as one of the top 10 pros in the world. He competed in the US Open twice, French Open and Wimbledon, but he has since retired. He currently works as the commentator for the World Poker Tour. Patten and Davidson have been married for 13 years.

A photo posted by Eileen Davidson (@eileendavidsonofficial) on Sep 5, 2016 at 5:55pm PDT

Todd Tucker began dating long-time Housewife, Kandi Burruss, in season 5 and viewers were able to watch their relationship grow. What’s unique about their relationship is the fact that they actually met through the show! Tucker was a former line producer on RHOA who she started dating in 2011 while filming the fourth season. In 2013 they got engaged and in April 2014 they were married. They welcomed their first child together, a son named Ace Wells Tucker, in January 2016. Although their relationship has been somewhat riddled with rumors of cheating, we see that they are really happy together. Also, we’re 100 percent sure that Tucker is one of the better looking of The Real Housewives’ husbands!

Jim Edmonds is a former MLB player who now works as a broadcaster for Fox Sports Midwest. He’s been appearing on The Real Housewives of Orange County alongside his wife, Meghan King Edmonds, for the past three years. He married Meghan back in 2014, a year before she joined the cast of Real Housewives. They just welcomed their first child together, a daughter named Aspen on Thanksgiving Day 2016. Jim gets a bad rep on the show for seeming like he’s too distant from Meghan or away from home a lot, but it’s pretty clear these two have a solid relationship and he’s simply shy in front of the cameras! We think these two make a great couple and he’s a good catch!

We’re pretty sure Harry Hamlin doesn’t need an introduction, but just in case — he’s a well known actor who’s best recognized for his roles in Perseus, Clash of the Titans, and the legal drama L.A. Law. He also did a stint on Mad Men which earned him an Emmy nomination. He appears on The Real Housewives of Beverly Hills from time to time alongside his wife, Lisa Rinna. They got married in 1997 and now have two daughters together, Delilah and Amelia. Sadly, we don’t get to see Hamlin on the show as much as we’d like, probably because he’s a Hollywood actor and all, but he’s the perfect example of someone who just keeps getting better with age! Hamlin is definitely one of the hottest husbands on the Real Housewives.

Another professional athlete to make this list is Kroy Biermann! He is an NFL linebacker who used to play for the Atlanta Falcons, but is now considered a free agent. To be fair, he no longer appears on the Real Housewives, unlike all the other men on this list, but he continues to work with the franchise on his own spin-off with former RHOA star, Kim Zolicak, called Don’t Be Tardy. The beginning of their relationship was documented on The Real Housewives of Atlanta during season 3 when they met at a charity event. They got married in November 2011 and now have four children together! Biermann is the youngest husband on this list, and most definitely one of the best looking!

Eddie Judge might be the second husband we’ve seen of Tamra’s on the show, but it’s safe to say she got it right the second time! He started filming in season 6 when she was still somewhat reeling from her pending divorce, but she never let viewers forget just how hot her new boyfriend was and just how much fun they were having in the bedroom. They ended up getting married in a televised ceremony in June 2013 and have been going steady ever since! Eddie is definitely one of if not thee most fit husband in the entire franchise. He works as a personal trainer at their co-owned gym, CUT Fitness. But there’s more to him than his good looks! Eddie treats Tamra so well — he’s caring, understanding and makes sure to let her do her own thing (even if it is a little over the top). We just can’t get enough of him!

It’s hard to believe, but Joe Gorga gets almost as much airtime as the ladies on The Real Housewives of New Jersey! We’re not complaining though because he’s absolutely hilarious! Joe has a great sense of humor and definitely some strong family values, but what does he love most about being on the show? Talking about himself of course! This hubby has no problem pumping himself up on his good looks, physique, and of course, avid sex life with Housewife, Melissa Gorga! Joe and Melissa joined the series in 2012 and have been main cast members ever since. While he might be a little on the short side for some people, what this self proclaimed Italian stallion lacks in stature he makes up for with his good looks!

Mauricio Umansky is the real estate mogul married to child star and Beverly Hills Housewife, Kyle Richards. These two have been married for over 20 years! Umansky is recognized as one of the top real estate agents in the entire country and even earned a spot on Hollywood’s Top 25 Real Estate Agents. It’s no secret he’s been deemed the hottest husband on The Real Housewives of Beverly Hills by many of the other ladies and even viewers. He makes frequent appearances on the show, and each time, we swoon. He’s super cute with a great body and he’s an amazing dad to his four daughters. He’s a big family man which only makes him more attractive! Mauricio Umansky holds the coveted title as the hottest Real Housewives husband! 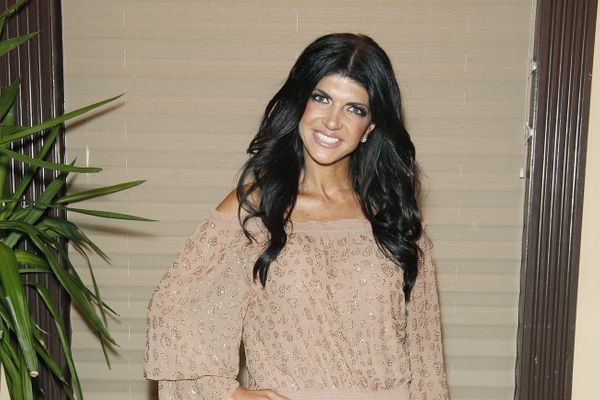