Liza Weil is well known for playing some of the most complex female characters on television. She is best known for her long-time role on the beloved series Gilmore Girls as Paris Gellar, but more recently she’s taken on an even more challenging role as Bonnie Winterbottom in the Shonda Rhimes series, How To Get Away With Murder. The beautiful actress is at the peak of her career, so here’s a look at 9 things you probably didn’t know about Liza Weil!

Born in Passaic, New Jersey, on June 5, 1977. Weil was raised and continues to practice Reform Judaism and spent her childhood traveling around Europe with her parents, Lisa and Marc, and their comedy troupe. Her parents were heavily involved in the Madhouse Company of London before they eventually settled in Pennsylvania. She describes her childhood as colorful, traveling around the world and living with extremely eccentric people. This experience helped push her toward a career in acting. “My parents would take me along when they would play venues and I just would sit in the audience with a Coca-Cola and watch them do their act. I don’t know who wouldn’t find that appealing. It’s kind of magic when you’re a kid,” she said.

8. Beginning of her Acting Career

Liza Weil didn’t do very well in school and she never went to college — which is a far cry from her Gilmore Girls character. When she did graduate, she moved to New York City to pursue acting and landed a role in an off-Broadway production. She then moved to Los Angeles to star in the 1998 independent film Whatever and almost immediately after scored the role as Paris Gellar on Gilmore Girls. “Gilmore Girls kind of saved my life really, for being able to have a consistent job through my entire twenties while I was figuring out who I was and how to be a person,” said Weil.

7. At First She Didn’t Identify with Paris Gellar

Weil landed her now iconic role as Paris Gellar on Gilmore Girls almost unintentionally. She went in to audition for the part of Rory Gilmore, but didn’t get it. Instead, Amy Sherman-Palladino told her she wanted to write a special arc specifically for her. At first she didn’t identify with the character at all and wasn’t fond of being the mean girl, but eventually she grew to love her as her story developed. “As we got out of the private school stuff, there was a specific look Paris had, and the way of speaking is very clipped. It just became a mask you put on. Paris could just do anything. Once I came to accept that, I had a great time.”

In an interview with Cosmopolitan, Weil was asked to reflect back on her Gilmore Girls days and name her favorite Paris Gellar storyline. She said: “The fencing episode at Chilton was a great one. I think that was the first time we really saw how vulnerable Paris can be. The amazing thing about Amy and Dan is when they come up with ideas like that, they go all the way. They sent Alexis and I to fencing school, we had weeks of fencing lessons that were really involved. I spent a lot of time…whenever I had free time, I would go to this amazing place in the Valley and just fence with people. When you watch the episode, it’s not that long of a sequence. But they really invested the money and time for us to do that.”

Liza Weil’s character in How To Get Away With Murder looks much different than the girl we were used to seeing on-screen in Gilmore Girls. She made the cut for the pilot episode of HTGAWM and she admits it’s the biggest transformation she’s ever had. “When we did the pilot, our key makeup artist, Sergio Lopez, created looks for every character and asked me if I would be game. It was the biggest transformation that I’ve had up until now as an actor, so it was exciting to be able to look so different. As this season has progressed, my hair has gotten shorter and shorter, which has been fun. I think I associate that haircut very much to Bonnie. It has informed how I play her,” she said.

Weil has been starring on the popular Shondland series, HTGAWM since 2014 and developed a great relationship with leading lady, Viola Davis. Weil credits Davis for helping her through tough times on set and said working with Davis is a dream come true. “I have a tendency to get a little self-critical of myself and worry that I’m not going to be able to execute something, and [Viola] has a lot of compassion for that and she understands that very much. So, I remember [a scene]…I was really struggling with it. I was very overwhelmed, and she just looked at me and nodded and just gave a very straightforward motion with her arm to just mean, ‘Just get in there, get in there, just do it, just plow ahead.’ It was so helpful to me and something that I always think about,” said Weil.

Liza Weil and her ex-husband Paul Adelstein welcomed a daughter named, Josephine Elizabeth Weil-Adelstein, on April 20, 2010. Now 7-year-old, Josephine often comes to set with Liza while she’s filming How To Get Away With Murder and hangs out with Viola Davis’ daughter. “When she comes to set to visit me, she has her own life on set with Viola’s daughter. That makes me very very happy. She’s pretty low-key about it; I think that she’s at an age now where she sort of knows what we do. She’s certainly unimpressed,” joked Weil.

The two actors met through theatrical work and have since been seen in numerous projects together like the film Order Up, Frenemy and The Missing Person. Weil also appeared in an episode of Private Practice and held a brief recurring role on Scandal. Adelstein is best recognized for his roles in both series. The two got married in a Reform Jewish ceremony in October 2006, but divorced in March 2016 after over 9 years of marriage.

1. Dreamed of Becoming an Archaeologist

Even though Weil knew she wanted to be an actress fairly early on in life, she has also revealed that she dreamed of a much different career as well! At one point in her childhood she wanted to be an archaeologist because she was obsessed with the Indiana Jones trilogy and had a huge crush on Harrison Ford! 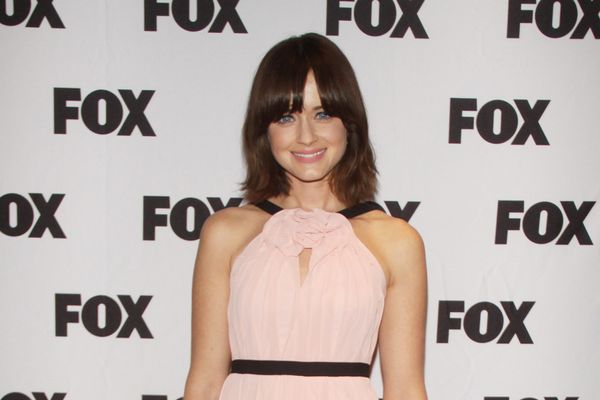 Cast Of Gilmore Girls: Where Are They Now?