The Gilmore Girls reboot, Gilmore Girls: A Year in the Life, is fast approaching and many of us are sick with anticipation! Ever since the trailer was released, many have been speculating on what the show has in store for us. There’s only so much we can speculate though, which is why we have 8 things that we really want to happen in the Gilmore Girls’ Netflix reboot:

We already saw in the trailer that Rory has found herself lost in terms of her professional life. She’s been traveling and working (as a journalist, we assume) but, for some reason, she ends up back in Stars Hollow with no job and no credit. We really want to see her launch a successful career, maybe as a teacher at Chilton – that way she can stay in Stars Hollow!

For seven seasons of Gilmore Girls, fans were either rooting for Dean, Jess or Logan but, when the show ended, she was single, having just ended her relationship with Logan in one of the last episodes. In the trailer, we see all of her former boyfriends and in one scene she is seen drinking with Jess. We really want her to get back together with one of her former boyfriends, preferably Jess or Logan.

6. Paris and Doyle Together

Paris and Doyle were perfect together and we need to see that again. Compared to most other couples on the show, these two were actually one of the more stable couples. Even though they were both kind of crazy, they complemented each other with their craziness and we miss that. The reboot definitely needs some Paris and Doyle action. We want to see them still together and plotting to take over the world.

5. Give Lane a Better Storyline

Lane never got the best storylines on Gilmore Girls. She stayed in Stars Hollow and ended up working at Luke’s Diner when she dropped out of the Seventh Day Adventist College her mother forced her to attend. She seemed to have a really good thing going with Dave Rygalski, but he abruptly left to go attend college in California. She then hooked up with his friend, Zack, and while he seemed to really care for her, he just wasn’t her equal intellectually. Also, her getting pregnant with twins her first time having sex was just not fair. We want a better storyline for Lane in the reboot. Maybe her music career finally takes off or maybe she can get some fantastic job that actually utilizes her expansive music knowledge.

One of the best things about Stars Hollow is all of the interesting people that live there and all of the crazy things that happen when they all get together. We need to see a town meeting or some other town event, which gets the people together and showcases all of their eccentricities.

3. Luke and Lorelai Together

We’re kind of done with Luke and Lorelai flip flopping in their relationship. Even though they only got together in season five, and broke up at the end of season six, it feels like they’ve had been doing the hot and cold thing for the entire seven season run of the show. No more! We know that they are together from the trailer, but they cannot under any circumstance break up again. They need to work it out like a normal couple and stick it out cause we honestly can’t handle another breakup!

2. Keep April Nardini and Her Mother Far Away

No one liked the April Nardini storyline. It was obviously just a way for writers to pull Luke and Lorelai apart and it totally worked. Suddenly Luke didn’t want Lorelai – who was his fiancé at the time – to have anything to do with his daughter (and neither did the girl’s mom) and it was ridiculously annoying. We can’t have anything like that happen again, so they better not include April or her awful mother.

The creator Amy Sherman-Palladino has said that she wanted to end the Gilmore Girls series with four specific words but, since she left after season six, season seven didn’t feature these final words. Now that we have the reboot, we need to finally hear those four words and they better be good cause we’ve been waiting to hear them for almost a decade! 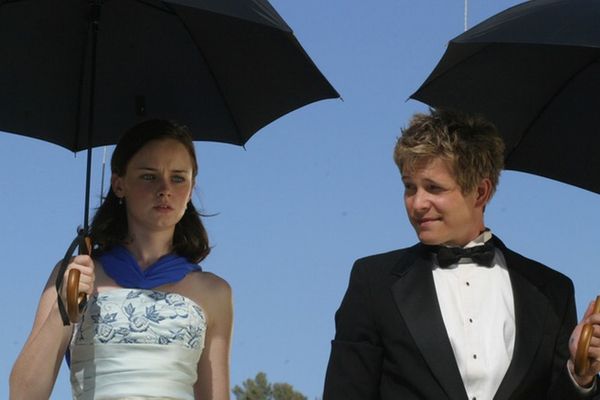 Most Memorable Episodes Of Gilmore Girls