The Brady Bunch is one of the most iconic American sitcoms. It ran for five seasons from 1969 to 1974 and, even though it was cancelled over 40 years ago, because of syndication, it is more popular than ever. There is so much about the show that people don’t know, which is why we have collected 9 interesting facts to help fix that:

9. The Role of Mike Brady

Susan Olsen – who played the youngest Brady girl, Cindy – was a natural blond, but her hair wasn’t light enough to suit producers, so it was bleached regularly to get that super blond look. Unfortunately, during the show’s second season, her hair began falling out in clumps due to the bleach, so the show’s creator Sherwood Schwartz put an end to it.

7. The Role of Carol Brady

Comedienne Joyce Bulifant was originally cast as matriarch Carol Brady but, at the last minute, they recast the role with Florence Henderson instead. “[Bulifant] would make a more immediate splash,” Schwartz said, recalling the thinking behind the switch. “But for long range, we were better off…with a woman who would grow into the role–not just being funny.”

When casting the Brady kids, producers hired a set of three brunette girls and three blond girls, as well as three blond boys and three brunette boys because the actor and actress who would play the parents had not yet been chosen. “As a consequence, to this day, there are three dark-haired girls and three blonde boys about 45 to 50 years old somewhere in the world who might have been The Brady Bunch kids,” Schwartz said in Brady, Brady, Brady: The Complete Story of the Brady Bunch As Told by the Father/Son Team Who Really Know.

One of the big reasons that Robert Reed was chosen to play Mike Brady was because he was already under contract with Paramount and he already had a high TVQ (a survey executives use to determine an audience’s familiarity with performers) because of his role in the TV series The Defender. Even if they didn’t hire Reed for the role, Paramount would still have to pay him because of his contract, so he was cast in the role as Mike Brady.

When the role of Carol Brady was recast, the actress, Monte Margetts, who had been cast in the role of housekeeper Alice needed to recast as well. “I knew I needed more comedy in the kitchen and felt we had to sign an actress with greater proven comic ability,” Sherwood Schwartz wrote in Brady, Brady, Brady: The Complete Story of the Brady Bunch As Told by the Father/Son Team Who Really Know. He then cast comedienne Ann B. Davis to keep things more balanced.

Creator Sherwood Schwartz wanted Carol Brady to be a divorcée, but the network objected to this because divorce was still considered too taboo for primetime television. As a result, Carol’s marital status was never directly revealed and whatever happened to her ex husband still remains a mystery.

The Brady Bunch never achieved high ratings during its five-year run and never placed in the top 30 shows in the Neilson ratings. It was only when the show was put into syndication that it became really popular with children and teenaged viewers. It’s subsequent success has led to several television reunion films and spin-off series, including The Brady Bunch Hour, The Brady Girls Get Married, The Brady Brides, A Very Brady Christmas and The Bradys.

On-screen Mike Brady was the quintessential family man; however, off-screen, he often clashed with Sherwood Schwartz, the show’s creator, over the show’s scripts. Reed was a Shakespearean trained stage actor and wanted the show to be more realistic and less “jokey,” so he would send voluminous memos to Schwartz detailing his unhappiness with the writing and directing of the show. If the show had been renewed for a sixth season, Schwartz claimed that he would have had Mike Brady written off the show because Reed was so difficult to work with. 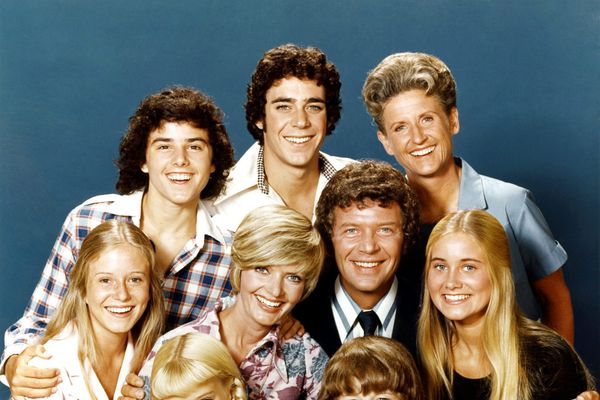