TV series are not like they used to be, and no matter how much time goes by, there are a few that have remained TV icons and Three’s Company is one of those shows. Starring John Ritter, Joyce DeWitt, Suzanne Somers and Priscilla Barnes, from it’s premiere in 1977 to 1983 it remained in the top ten shows on air at the time and to this day fans still love watching reruns of the show. The show may have come to an end in 1984 but it remains relevant and absolutely hilarious over 30 years later! Here are 9 things you never knew about Three’s Company:

9. Getting It Into Production

While Three’s Company was a huge success once it began, it took quite a bit of time and effort to get the show off the ground. The idea for the series was based on the British series Man About the House, so to begin two different groups of writers attempted to “Americanize” the show. Eventually three different pilot episodes were filmed and ABC continuously had issues with each one. After recasts and changes ABC finally accepted the third pilot and the series was given five more episodes for its “tryout” period in the spring of 1977.

After accepting the pilot, ABC launched the series in the middle of the 1976-1977 television season which immediately signified that they didn’t have high hopes for the program as most midseason shows were cancelled after their six-episode tryout at the time. Many didn’t think the show’s stars or content would resonate with viewers, but everyone was proven wrong when it hit record ratings and became the highest-rated midseason show at the time.

7. What Could Have Been

Casting the leads for the Three’s Company was one of the toughest parts in finally getting the series accepted by ABC. After the failed first pilot attempt by Peter Stone, Ritter was cast in the second pilot penned by Don Nicholl, Michael Ross and Bernie West, although Billy Crystal, Barry Van Dyke and Michael Lembeck all auditioned for the role before it was given to Ritter. Many actresses were also tested out in the pilots before Joyce DeWitt and Suzanne Somers made the cut. Valerie Curtin and Suzanne Zenor were both cast as the two female leads in the first pilot. The second pilot finally saw Joyce DeWitt cast, but Susan Lanier was brought in as the second female star. With the only doubt still surrounded Lanier’s part, eventually producers found Suzanne Somers and put her in the role right away.

After three seasons of Three’s Company, Audra Lindley and Norman Fell had gained a fanbase all their own as Helen and Stanley Roper. Due to their positive reception, ABC offered them their own spin-off, but Fell was uneasy about it and preferred to stay on Three’s Company. After six months he gave in, and ABC promised him that if the spin-off, The Ropers, failed after one season they would be brought back to the original series. Unfortunately after a successful first season, The Ropers ratings dropped so much it was cancelled in its second season and because it technically lasted one and a half seasons, the pair were not brought back to Three’s Company.

Controversy rocked the set after season four when Suzanne Somers demanded a huge salary increase to match John Ritter’s. After the network denied her demands, Somers refused to comply with filming and since the network didn’t want to lose her completely, a compromise had to be made. Because of her contract, Somers had to continue on the series but did so only by appearing in one minute, usually at the end of episodes. At this point both DeWitt and Ritter had stopped speaking to Somers and Somers’ filming times were made early in the day so that she was finished and gone by the time Ritter and DeWitt showed up to begin their day. By the end of the season, Somers was officially fired and there was no mention of her again on set.

Three’s Company has done well in syndication ever since it came to an end but it was while in syndication that the show came under fire. In 2001, a viewer watching the episode “The Charming Stranger” fielded a complaint that she could see part of John Ritter’s scrotum briefly through the bottom of a pair of blue boxer shorts he was wearing. The brief moment was quickly edited out for any other times the episode was to be aired, and in response to all of it Ritter said, “I’ve requested that Nickelodean air both versions, edited and unedited, because sometimes you feel like a nut, and sometimes you don’t.”

Following Suzanne Somers’ exit from the show, there was a rush to replace her. Jenilee Harrison was brought in as Chrissy’s cousin Cindy Snow, and although the cast loved her, audiences did not and ratings began to drop. As a result, the second lead female role was replaced again this time with Priscilla Barnes as Terri Alden. While audiences responded much better to the actress, Barnes said afterwards that working on the show was some of the worst years of her life and added that she almost quit on her first day because she didn’t like the “backstage atmosphere.” In 2002 she also opened up about how controlling the set was saying, “Our bosses were very, very controlling. If my hair was too blond, I’d get called up in the office.”

Casting may not have been smooth for Three’s Company, but fans couldn’t have been happier with the three leads they decided on. As it turns outs, however, Suzanne Somers was very close to being missed entirely for her role. ABC’s Fred Silverman stated, “I was very involved in the casting of Suzanne Somers. We did three pilots and the Chrissy character still wasn’t right. We got to the day before we’re starting the production of the series and we didn’t have a Chrissy. I was so desperate, I took all the audition tapes and just kind of fast forwarded them. All of a sudden, they went by Suzanne Somers who I hadn’t seen, but I recognized her from her appearance on The Tonight Show. I said ‘back that up’ and she was great. She had been passed on! And I said, ‘I don’t understand. This girl could play the part, why has she been passed on?’ and I couldn’t get a straight answer. Anyway, we got her in that day and she was on the set the next and she was terrific in that part. And that was an accident because she never should have gotten that part.”

Following the issues that stemmed in season four and season five which led to Suzanne Somers leaving the show, neither of her co-stars spoke to her, but after 30 years they finally made amends. In 2012, Somers and DeWitt teamed up for Somers’ web series Breaking Through, and before that Somers revealed that she had talked to and made up with John Ritter in 2003 only days before his untimely death. At the time the pair were even trying to work out a way to get Somers to make a cameo on Ritter’s series at the time, 8 Simple Rules. 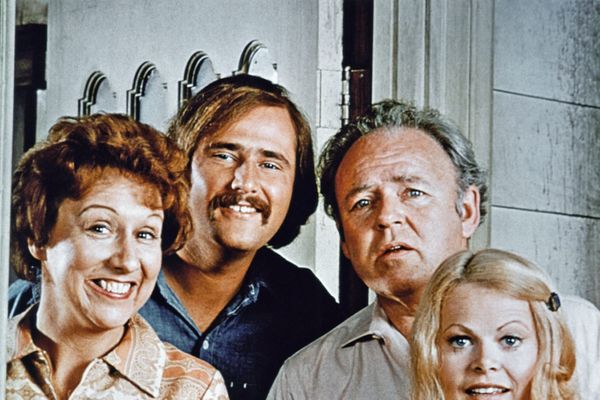