9 Things You Didn’t Know About Usher

Usher Raymond IV, better known as simply Usher, has been steadily climbing in his rise to fame as a dancer, singer, songwriter and actor for a long time now. Many people would recognize him from his singles like “You Make Me Wanna…,” “U Don’t Have to Call,” “Yeah” and “DJ Got Us Fallin’ In Love.” Today, he’s ranked as one of the best-selling artists in American music history, selling over 75 million records with nine Hot 100 hits and 18 Hot 100 Top 10 hits. It wasn’t long ago that he was sweeping the award shows collecting 8 Grammy Awards and 18 Billboard Music Awards. Usher is the total package — he’s dabbled in everything from coaching on The Voice, acting in films and now even branched out as a savvy businessman with his own record label and part ownership in the Cleveland Cavaliers. In honor of his 38th birthday, here’s a look at 9 things you probably didn’t know about this crazy talented artist!

He was born in Dallas, Texas, but raised in Chattanooga, Tennessee. His father left his family when Usher was only 9-years-old. As a result, he grew up under the care of his mother, then-stepfather, and half-brother, James Lackey. It was clear from the time he was a little kid that he was talented. From day one his mother has been his biggest supporter and source of encouragement. He first started singing when he joined the local church choir in Chattanooga and it was there that it became clear he had the potential to be a professional singer. In an interview with Vibe magazine in 1998, Usher talked about how he was always a little different as a kid: “I was always that kid that would just sit by the radio at sleepovers. Kids would be like, ‘Come play hide and go seek,’ but I’d want songs during the day.” It wasn’t long before his mother moved their family to Atlanta with the belief that a bigger city would make it easier for him to showcase his talent.

When Usher was only 11-years-old, he joined a music and acrobatics group called Happy Clowns organized by local musician, Darryl Wheeler. They later changed their name to NuBeginnings. As a group they recorded 10 songs and in 1991 they released an album called Nubeginning featuring Usher Raymond IV. The album was only available regionally and by mail order. His mother, Jonetta Patton, removed Usher from the group after the album was released because she claimed it was a “bad experience.” The album was re-released in 2002 by Hip-O Records. When he was 13 he auditioned for a show called Star Search and performed the Boyz II Men hit song “End Of The Road.” He came in first place and was scouted by a representative at LaFace Records. Usher was then given an audition with L.A. Reid. Reid later signed him to a contract.

It took him a while to become successful and luckily for him he had a great mentor. After he signed with LaFace Records, they introduced the teen to Sean P. Diddy Combs who then decided to take him in under his wing. Barely 15, Usher moved to New York City to work on his first album and live with P. Diddy where he got a first hand experience of what it was like to be an R&B singer. It was definitely an adjustment for Usher as a teenager growing up in Atlanta, moving to NYC and living in the lavish home of P. Diddy. In an interview with Rolling Stone he said, “It was pretty wild. It was crazy. I was like the little brother — they called me Baby Boo.” It was definitely not the average environment for a teenager, and Usher admitted that P. Diddy didn’t exactly take on a parental role with him. “He wasn’t disciplinary. He was letting me be a young man.”

Usher became a vegan shortly after his father, Usher Raymond II, died from a heart attack in January 2008. He started out just as a vegetarian, but soon he became a full blown vegan and dropped all dairy and egg products. A few years later he told the media that he dropped the diet when it became “too expensive.” In order to upkeep the diet he had to have a personal chef travel with him and go on tour with him: “That was opulent as hell. It was just difficult to find people who can make vegan food taste great,” said Usher. In an interview with Billboard magazine, he said while he doesn’t eat like a vegan, he still tries to “eat for his blood type.” When asked what that means he simply said, “A doctor I know came up with it, but hasn’t released it yet, so I don’t want to tell you too much about it.”

5. There’s a Road Named After Him

Usher is from Tennessee and hometowns in America are often known for being big supporters of their native success stories. Chattanooga, Tennessee is a prime example of this as they named a road the Usher Raymond Parkway.

4. Relationship with a TLC Member

TLC was an extremely successful girl group during the ’90s and early 2000s. The group consisted of three women, one of which was Rozonda “Chilli” Thomas, who was in a relationship with Usher from 2001 to 2003. Their relationship lasted for two years until they broke up in December 2003. There was a lot of media frenzy around their breakup because it was around the time he released his fourth album Confessions. They were together when he wrote the album, and breaking up around the time of its release and many of the songs’ lyrics led a lot of fans to believe that their split was due to infidelity, but Usher has denied these claims. In a recent interview with US Weekly, Thomas admits that the songs were about Jermaine Dupri’s situation, not theirs. She also hinted that she was the one who ended the relationship: “In any relationship, even when it came to my relationship with Usher, when it was time to make a move, I had to do that. I don’t care how much my heart was hurting, sometimes you’re just supposed to be with people for a reason and it’s not always a lifetime.” She also said the two are on good terms and are “really cool.”

In 2005 Usher began dating Tameka Foster who had been his personal stylist for many years prior. Usher admitted many people advised him against marrying her, but in February 2007 they announced their engagement and planned a ceremony in the Hamptons for July. A few hours before the ceremony was set to begin they suddenly cancelled it. This all came after Usher’s mother made it publicly known she would not be attending. However, not even Usher’s mother could keep these two apart because only a month later they wed in a private civil ceremony in Atlanta. The relationship soured and towards the end of their marriage Usher admitted that he wasn’t faithful all the way and that he was even with another woman while they were separated. He also admitted in an interview with Oprah that he slept with one of her bridesmaids. In his words he said, “The conversation about the bridesmaid has always been complicated and very difficult. Outside of my marriage with her and our separation and then our divorce I did have exchanges with her. We were friends.” Today he has full custody of their two boys, Usher V, 7 and Naviyd, 8.

In a 2012 interview with Oprah she asked him some personal questions like if he ever “makes love to his music.” He answered truthfully and admitted that “some may say this would be rather narcissistic, but yeah!” When Oprah prompted him with more questions about how it goes down, he said he would have a playlist prepared that contains some of his songs. “I like to set the mood before I actually go there since we’re having this conversation. It starts with a little bit of Teddy P, little bit of Luther Vandross and then get a little bit of Marvin Gaye, and then your more modern, Usher.” When asked which of his songs he would put on the playlist he listed “Lessons for the Lover,” “Die” and “Climax.”

After all the bad press and media surrounding his first marriage and custody battle, it’s no surprise that Usher chose to quietly marry his second and current-wife Grace Miguel. They got engaged in January 2015 and were married by September of that year. The ceremony was held while the two were vacationing in Cuba in September 2015. Speculation about their wedding came about after Miguel posted an Instagram picture where Usher was wearing a gold wedding band. He later confirmed the news during an interview on The Ellen DeGeneres Show. These two remain fairly private with their relationship, but Usher has said in the past in an interview with Billboard, “I have an incredible partner and manager. She has helped me through some of the hardest times in my life and my career. She’s someone who’s been able to support and understand all of who I am. Not just as a dancer or as a performer or as a singer, but as a humanitarian and a businessman and as a person.” 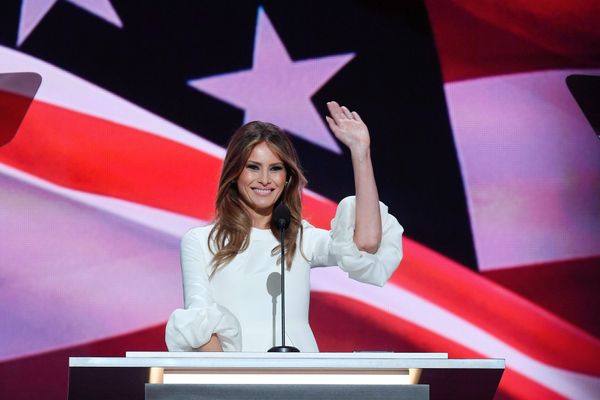