For the past few days, most of us have been hearing about Beyonce’s short film Lemonade, which aired on HBO, and all of its dramatic implications. E! News has covered some of the reasons why Beyonce made Lemonade and what it says about Beyonce’s marriage to Jay Z. Here are 7 of the most shocking revelations:

Two years ago, Beyonce and Jay Z were having problems and it didn’t look like they were going to make it to their next wedding anniversary. They were reportedly at a breaking point and were barely talking. Beyonce didn’t fully trust Jay Z and it was hard for her to get past that and they had to decide whether to save the relationship or go off and live separate lives.

Many think that Beyonce’s lyric, “Becky with the good hair,” is about Rachel Roy, a friend of Jay Z’s. An insider didn’t confirm the rumor, but did confirm that the two were friends and those around them felt their friendship was not appropriate. Another insider noted, “Bey will never mention any names, but the people who those songs are about know.”

Rachel Ray responded to Beyonce’s visual album Lemonade with a damning Instagram post: “Good hair don’t care, but we will take good lighting, for selfies, or self truths, always. Live in the light #nodramaqueens,” along with a photo of her with a friend. After receiving some serious backlash, however, she changed her tune a few hours later and tweeted this: “I respect love, marriages, families and strength. What shouldn’t be tolerated by anyone, no matter what, is bullying, of any kind.”

According to Hollywood life, the 2014 elevator incident where Solange was captured on video attacking Jay Z reportedly started because she saw him talking to Rachel Roy at the Met Gala. Rumor has it that Rachel and Jay had something going on and Solange did not approve. E! News claims that was a pivotal moment for Beyonce because everything became so public. “The fact everything became so public, it was embarrassing, and [it was] the first time she had to really deal with some of the questions people were asking about her marriage. It changed things. It was a pivotal moment,” a source said.

Jay Z fully supports how Beyonce has chosen to deal with her pain and he’s been actively involved in the process. “Jay was involved in the creation of Lemonade and knew every song Bey was going to release. He knew the lyrics; he knew the implications. He had to approve the songs before release,” an insider claims.

2. The Worst Is Over

After a lot of counseling, they learned how to work on their issues and things have improved between them. “They are both fully committed. They are over the worst. It’s been a long and hard process but they are in a much better place now,” an insider said. However, things will never be the same. “They have love for each other and always will, but…they have their ups and downs,” another insider said.

1. They Are Using This To Make Money

According to an inside source, Beyonce and Jay Z are business people, so they are using Lemonade and all of the interest it will generate to make money. “Bottom line is that they are both really smart and they both saw dollar signs,” the insider told E! News. 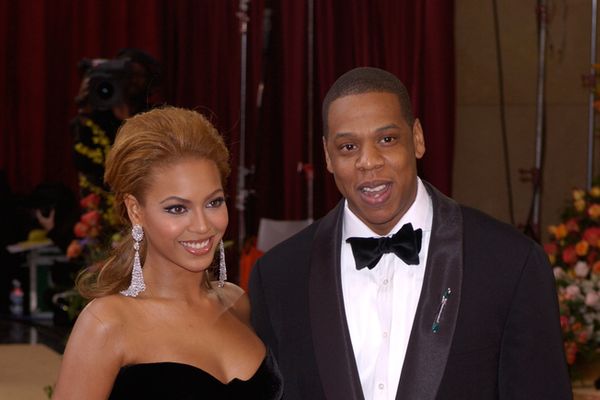