If you’re a fan of K-pop, you’re undoubtedly familiar with the band BTS. The Korean pop band has taken over the world the past few years with a cult-like following of fans. They’ve broken world-records with their music and have even transcended into the North American music scene despite their songs being written mostly in Korean. If you’re curious about BTS and how they accomplished their skyrocketing level of fame, follow along for 20 secrets you likely don’t know about the members:

20. ‘BTS’ is the acronym for ‘bangtan-sonyeodan’

Have you ever wondered what BTS actually stands for? It’s an acronym for ‘bangtan-sonyeodan’ which translates roughly to “bulletproof boy-scouts.” J-hope explained that the group aims to be the “resistance against the bullets of prejudice that target their generation, striving hard to protect the values that they hold with pride.” They also extended the acronym into an English version which stands for “Beyond The Scene.”

The fans of BTS are known for being dedicated superfans, so much so that they even have a name for themselves! The term “A.R.M.Y” is what BTS fans are referred to as which stands for “Adorable Representative M.C. for Youth.”

17. They began as a hip hop idol group

BTS debuted in 2013 as a ’90s gangster rap hip-hop band, which was something quite innovative within the K-pop realm. Since their inception, they have experimented with their image and now span a wide variety of genres from pop, ballads, R&B, jazz, house, and electronic dance.

16. None of the members are from Seoul

While the group may be based in Seoul, you may be surprised to learn that none of the members are actually from the city! Jimin and Jungkook both come from Busan, V and Suga are both from Daegu, RM’s hometown is Ilsan, Jin is from Anyang, and Jhope is from Gwangju.

15. They come from one of Korea’s smaller record labels

14. They write their own songs

BTS’s songs are all written by the group itself and deal with a lot of issues that many teenagers and young adults can relate to such as depression, bullying, and self-love. Despite being such heavy topics and giving their fans something to think about, all their songs are highly catchy tunes! Band member RM is the copyright owner of 105 songs, J-hope has 77 and Suga has 75.

13. They won the award for “top social artist”

The top social artist award is given to artists who aren’t afraid to show how real and human they are to their fans. BTS loves to share behind-the-scenes footage, heartfelt messages and candid photos with their fans, which helped them to earn the award. The only other top social artist to receive the award was Justin Bieber and BTS broke his six-year streak when they received it.

12. They have a UNICEF campaign

BTS launched an anti-violence campaign with UNICEF titled “Love Myself” which has raised 1.6 billion won (approximately $1.4 million) since its inception. BTS was also chosen to deliver a speech at the United Nations 73rd General Assembly in which RM discussed the campaign.

11. Jimin is addicted to practicing

Practice makes perfect and,f clearly, this is an expression that BTS member Jimin understands! He’s even admitted he might be addicted to practicing. He once practiced so much that he only got three hours of sleep and a nosebleed!

10. They are the youngest recipients of the order of cultural merit

Recently, BTS was awarded South Korea’s Hwagwan Orders of Cultural Merit and became the youngest awardees to receive the honor. The award is usually only given to veteran artists, but BTS was awarded it due to their help with the rapid spread of South Korean culture throughout the world through their music.

9. They were a part of a documentary/reality show

In 2014, BTS was given the opportunity to participate in a reality show where they visited America to experience true hip-hop culture. The Los Angeles-based show was called “American Hustle Life” and ran for 8 episodes. Legendary rapper Coolio and the talented rapper and producer, Warren G, acted as their mentors throughout the show.

8. They get real with their fans

Aside from the musical talent of BTS, another huge reason for their cult-following is how real and vulnerable they are with their fans. Many celebrities boast a super glamorous, unachievable lifestyle, but BTS keeps it real with their struggles, insecurities, and flaws. This makes them super relatable and more connected to their fans, which has skyrocketed them to a new level of fame.

7. They look up to BIGBANG

When asked if they have any role models, the group synonymously agreed that members T.O.P., G-Dragon, and Taeyang of BIGBANG are their ultimate idols. RM once said in an interview, “We really respect Big Bang sunbaenim. Jungkook likes G-Dragon, and V likes T.O.P. Big Bang is at the top as hip hop idols, so we’re learning from them. We want to be like them in a lot of ways.”

6. The members are multi-lingual

RM, who is known as the leader of the group, has the ability to speak in fluent English and Japanese. V can also speak in Japanese, which is why these two are always the ones that speak to the Japanese media. Jin can speak Mandarin, and both RM and V have shared they’re taking the baby steps necessary to eventually become fluent in Mandarin as well.

A normal IQ level ranges from 85 to 115. Only approximately 1% of the population has an IQ of 135 or over and RM is one of those few. He reportedly has an IQ of 148 which makes him a genius according to the IQ scale. He also placed in the top 1% in South Korea’s national mock exams.

4. They were the first K-pop band to perform at an American awards show

On November 20, 2017, BTS made history by becoming the first South Korean group to perform at an American awards show. They took over the stage at the American Music Awards to perform their hit single “DNA” which was a televised performance.

One of the main channels that BTS uses to connect with its fans is through YouTube. The videos they post show behind-the-scenes footage and allow fans to see a glimpse of the fun, lighthearted side of the boys that’s quite different than the serious personas they put on when they’re performing on stage.

2. Many American stars have admitted they are ARMY’s

Some of America’s biggest pop stars are members of the BTS ARMY — including Halsey, Charlie Puth, Camila Cabello, and Charli XCX. Shawn Mendes has shared that he’s a huge BTS fan and is “obsessed” with watching them dance. Even John Cena has declared himself an ARMY!

If you have your own emoji, you’ve definitely made it! BTS fans uncovered a secret emoji for the band by using different hashtags on Twitter. BTS became the first K-Pop band to have its own emoji in 2015. 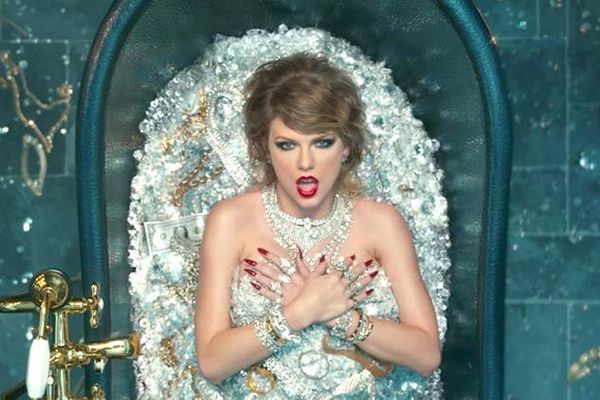