10 Pop Stars Who Made A Successful Comeback

The music industry is a very fickle place. The rise to the top is fast, but it the success can fade even faster. Pop stars are a dime a dozen, so it’s nearly impossible to carve out a permanent place in the industry. It takes a lot of hard work, consistency, and of course, a loyal fan base. We’ve seen many artists disappear, but there have also been a few special stars who’ve managed to take their time away from the spotlight and claw their way back to the top! Here’s a list of 10 pop stars who’ve made a successful comeback!

Michelle Branch is best known for her music in the early 2000s when she released her two top-selling albums, The Spirit Room and Hotel Paper. In 2005 she joined forces with fellow musician Jessica Harp to form the band The Wreckers, but their union didn’t last long. They separated in 2007, but not before they released their Grammy nominated single, “Leave the Pieces.” Afterwards, she continued to write and perform, and even teased fans of a release date for what was supposed to be her fourth studio album called West Coast Time, but it kept being pushed back until finally she abandoned the project to work on a whole new album titled Hopeless Romantic which was released in April 2017. It’s her first new album in 14 years!

This English pop group goes down in history as one of the best selling female pop groups of all time, so when they announced an indefinite hiatus in 2000, fans were absolutely devastated. Thankfully their time apart didn’t last long, and they announced plans to reunite for a worldwide tour in 2007. The tour was a huge success. More dates had to be continuously added as tickets sold out within minutes and even seconds in some cases! The tour ended in 2008 and while they have never released any new singles since touring and performing together again, they have made many public appearances as a group and proved to the world that, no matter how much time goes by, the Spice Girls will always be able to make a successful comeback!

Mandy Moore rose to fame as a singer under her debut single “Candy” in 1999. Her debut album went platinum and in 2000 she had her first Top 30 single, but her sixth album Amanda Leigh in 2009 was her last. During that time Moore had a lot of success as a pop singer, but also as an actress. Her fame was steadily rising as she began starring in films like The Princess Diaries, A Walk to Remember, and Because I Said So, but her musical career fell to the wayside. While she continued to act, it seemed her ‘big moment’ in Hollywood had passed. Her comeback came in 2016 when she landed a starring role on the NBC series This Is Us! Moore’s career is once again on fire and she’s been talking about releasing some new music in the future!

Gwen Stefani is a veteran in the music industry. She’s been around since the mid-’90s as the co-founder and lead vocalist of the band No Doubt. Their biggest singles were “Just a Girl,” “Don’t Speak,” “Hey Baby,” and “It’s My Life.” After a huge amount of success, the band went on hiatus and Stefani broke out on her own to spawn even more success as a solo artist with songs like “Hollaback Girl” and “The Sweet Escape.” Her career eventually slowed down and even though she continued to work, her last album was in 2006. In 2015, she shocked the world with her divorce from Gavin Rossdale and the release of a new album — her first one in 10 years! She embarked on a world wide tour and continued to work as a coach on NBC’s The Voice.

The Backstreet Boys are one of the most successful boy bands of all time! They rose to international fame in the late ’90s with their debut album and quickly moved onto superstardom with their following albums, Backstreet’s Back, Millennium and Black & Blue. They teased fans with a brief two-year hiatus before returning to release their comeback album Never Gone in 2005, but after their Never Gone Tour in 2006, Kevin Richardson left the band for good. The now trio continued to release music, but never again reached the same level of success. Instead they faded into the background, until 2012 when Richardson announced he would rejoin the group permanently. In 2013 they made a full comeback with their first independent album and have since collaborated with other musicians, released a documentary and landed a Las Vegas residency for 2017!

Commonly referred to as the Goddess of Pop, Cher is an iconic in the music industry and for good reason! She rose to fame in 1965 as part of the Sonny & Cher duo, but eventually broke off on her own and released one of her most well known songs, “Bang Bang (My Baby Shot Me Down).” She quickly became a television personality, actress, fashion icon and well established artist with several chart-topping hits. In 2002 she embarked on a Farewell Tour to mark her final live concert tour which was one of the highest grossing concerts of all time. She no longer made new music, but signed on to do a three year Las Vegas residency in 2008. In 2013 she made a huge career comeback when she released her commercially successful 25th studio album, Closer to the Truth, which was also her first new album since 2001!

American pop and R&B band 98 Degrees consisted of brothers Nick and Drew Lachey, as well as Justin Jeffre and Jeff Timmons. The group formed during the ’90s when other bands like Spice Girls and Backstreet Boys were topping the charts. They experienced a great deal of success between 1998 and 2003 with hits like “The Hardest Thing,” “Thank God I Found You,” and “Because of You,” but decided to take an extended hiatus to focus on other opportunities and their growing families. Nick and Drew Lachey shocked fans in 2012 when they announced the band would be reuniting for a one-time performance which later turned into a North American tour alongside Boyz II Men and New Kids on the Block. In 2013 they released a new album called 2.0 — their first album in 13 years!

Christina Aguilera rose to fame around the same time as other popular female pop singers like Britney Spears and Mandy Moore. Her image changed drastically in a short period of time as she went from singing soft hits like “Genie in a Bottle,” and “What a Girl Wants,” to a more controversial image with singles like “Dirty” and “Fighter. She caught a lot of flack between 2001 and 2003 for sporting a provocative image with skimpy outfits, piercings and tattoos. Fans weren’t sure where she was going with this new rebellious look. Surprisingly she was able to come back in 2004 sporting once again a new image and revamped her career as a mother and wife. She’s now become a regular coach on NBC’s The Voice and has released seven studio albums!

2. New Kids On The Block

Yet another popular boy band who rose to fame in the late ’80s and early ’90s, only to disband in 1994. New Kids on the Block, also known as NKOTB, are best known for their singles “I’ll Be Loving You (Forever),” “Hangin’ Tough,” and “Step by Step.” When their fourth studio album, Face the Music, failed to live up to commercial expectation, things took a turn for the worse. In 1994 Jonathan Knight left the band due to increased panic attacks and anxiety, and the whole band broke up shortly after. Nearly 15 years later, NKOTB announced they were getting back together and had new music! They released the popular single “Summertime” in 2008 and set out on a reunion tour. Since 2008 they’ve released two more albums, made numerous public appearances together and embarked on more new tours with acts like Paula Abdul and Boyz II Men.

Britney Spears has the best comeback story of all time after she suffered one of the most public breakdowns in celebrity history. The pop singer shot to stardom in the late ’90s with her widely popular hits “Oops!…I Did It Again” and “Baby One More Time,” both of which broke international sale records. She had an amazing career from 1999 to 2003, but her personal struggles outweighed her musical success in the media as she embarked on a downward spiral of erratic behavior, hospitalization, divorce and custody battles. Spears was hounded by the media and suffered what appeared to be a mental breakdown. Through all of this she continued to release new albums and experience success, but her image suffered. She slowly embarked on a career comeback in 2008 with new music, and then became a judge on The X Factor and got her own Las Vegas residency. 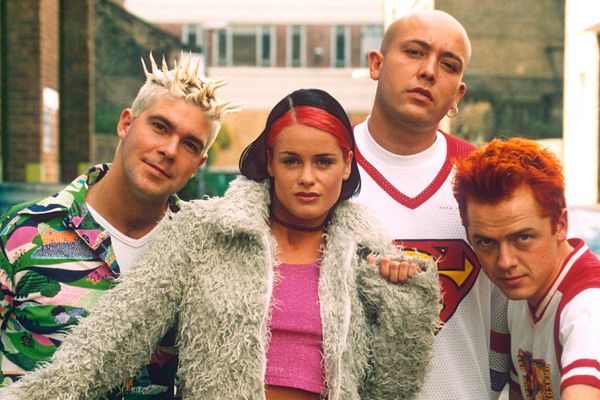