For 19 seasons, Big Brother has been a hit with audiences, and for good reason. The show takes everyday people, and puts them into a house together, then fills the house with cameras and competitions that lead to evictions every week. The winner of the show walks away with a cool half million dollars and, as we all know, money and power can bring out the worst in people, which is probably why the show is so highly dramatic and buzz worthy. So what about all the things we don’t see? Well, there’s plenty that fans don’t know about, so check out these 10 behind the scenes secrets:

Big Brother knows how things go, and with the increasing amount of hookups on the show, they make sure they do some STD/STI testing for the contestants before the show begins. However, season 13 saw Evel Dick suddenly leave the show after receiving some “news” from the BB producers. As it turns out, those tests they revealed that Evel Dick was in fact HIV positive.

While other reality shows like Survivor or Keeping Up With The Kardashians require actual film crews, Big Brother likes to keep things very “big brother.” There are hidden cameras, cameras on tracks, and camera crews hidden behind double sided mirrors and on the roof. Many contestants have said that they forget about the cameras, which makes the reality part that much more real. This isn’t surprising given some of the more embarrassing things cast members have said out loud to an audience that ranges between 6-9 million viewers…Yikes!

Contestants in the house are all vying for that half million dollar prize; runner-up gets $50,000, but what about the rest? They leave their jobs and life for a summer, and Big Brother will compensate for that. Big Brother isn’t obligated to pay, but CBS gives each contestant $750 a week while they’re in the house or jury (if they make it that far).

While being filmed 24/7 may seem like overkill, everything contestants say is transcribed. There are crew members working in hidden rooms working on this tirelessly, which helps with production and editing.

Putting fifteen plus contestants in a house with nothing to do but eat, sleep, swim, workout, and interact, you’d THINK they’d have all the time in the world for cleaning up too. However, the house has been said to be completely disgusting, even getting an ant problem during some seasons. Some have even said it’s got quite the smell.

5. Must Be This Hot To Enter

During earlier seasons of the show, Big Brother had a wide variety of people in age and appearance (anyone else remember Bunky, who had his excessively hairy back shaved in Season 2?). It was not always a show requirement to be attractive. However, with the popularity of “showmances” the producers seemed to be more and more selective, choosing a younger demographic who “coincidentally” are all super hot as well. Contestants reportedly swim and workout as part of their final casting call audition. Hmm…wonder why.

Big Brother knows that drama means viewers, and they’ll do anything to capture your attention. This can be difficult while running a reality show. So while they can’t script or stage things that occur, when they cast members of the show, they are very wise to choose ones with conflicting interests, views and personalities, with the hope being that putting them in close quarters and under high pressure situations will make them snap. Oh, they snap alright, and the cameras are there to capture it all.

3. The House Is Tiny

RadioTimes visited the Big Brother house in 2014 and gave some insight on to what it’s like inside the house beyond what we see on TV. According to them, the house is tiny and the bedrooms are even tinier. The only really large parts of the house are the pool and the diary room. It may seem large on television, but considering there’s nearly 20 people living in the same house? Yikes. Get cozy.

Big Brother season 2 winner, legacy and all-star contestant (season 7) Will Kirby spoke out in 2015 about what it’s like to leave the show. It all seems so fun and energetic, but the reality is quite different. Will said in an interview with US Weekly, “you absolutely — in a really, really real way — leave with post-traumatic stress order. You’re paranoid, and you’re anxious, and you’re depressed. And that’s true for everyone I’ve ever met from the show. Humans aren’t meant to live like that.”

The Big Brother producers try and create couples just as much as they attempt to create feuds and drama. The show has seen many showmances (and bromances), but very few have survived. In fact, currently there only two successful couples from the show. Jeff and Jordan (season 11 and 13) are engaged and expecting their first child together. Rachel and Brendon (season 12 and 13) are now married and, in April 2016, welcomed daughter Adora Borealis. 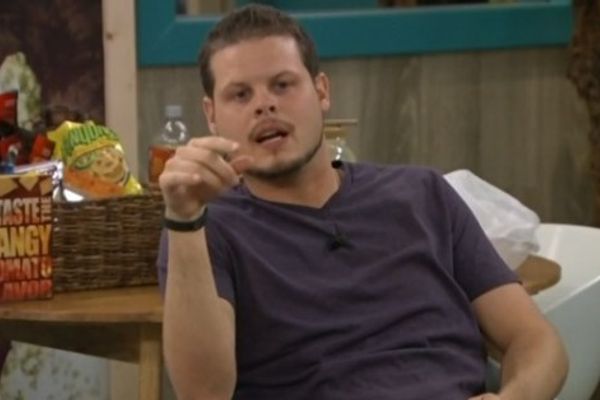