The CW series 90210 was one of those American teen dramas that swept audiences away with all the glitz and glam of wealthy high school students living in Beverly Hills. The show was based off the original series called Beverly Hills, 90210 and is the fourth series franchise created by Darren Star. Despite an average response from critics, the show was extremely popular and was featured around the same time as other teen dramas like Gossip Girl, when the lives of wealthy privileged teenagers were a hot topic on networks. The show lasted five seasons and even featured some cameo appearances of cast members from the original series like Shannen Doherty, Jennie Garth, and Tori Spelling. It’s been about three years since the show went off the air and we’ve decided to take a look back and find out how much the main cast of the show is worth now!

Estimated Net Worth: $6 million. We all known Lori Loughlin as the beloved Becky on the Full House sitcom and the new Fuller House series on Netflix, but she also played an important role on the CW series, 90210. This American actress and model has made a significant career for herself in film and on television. Her biggest money-making roles have of course been Full House, Fuller House, and 90210. She’s also had regular roles on shows like Summerland, When Calls the Heart, In Case of Emergency and Hudson Street, and she appeared in many television movies and has done cameo appearances on popular shows like Ghost Whisperer, Spin City, Jake in Progress and Eastwick. Her film career is not as extensive, but she has appeared in movies like The Night Before, Old Dogs, Moondance Alexander, and Crawl Space. Her regular roles as staple television characters has earned her an estimated net worth of $6 million. 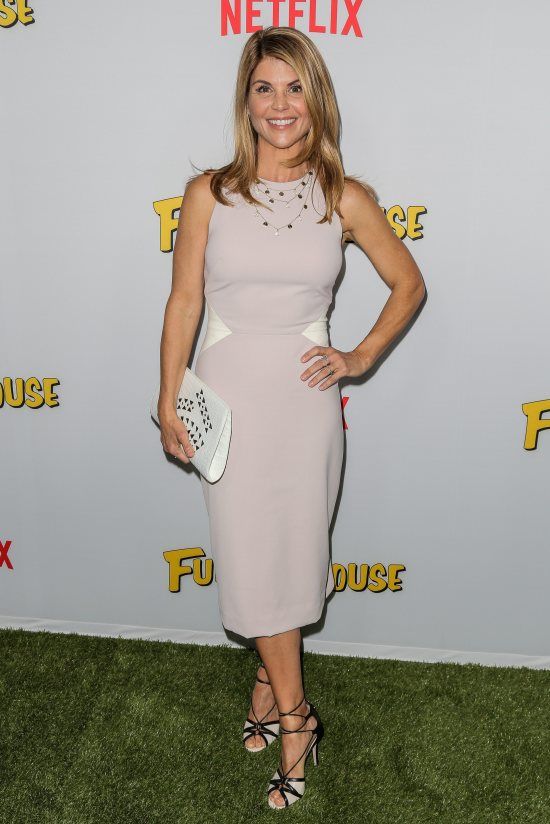 Estimated Net Worth: Unknown. Trevor Donovan continues to be best known for his role on 90210 as Teddy Montgomery. He started his career doing small roles shows like Quintuplets and Days of Our Lives before he landed his recurring character on 90210. Since then he’s made appearances on other shows like CSI, The Client List, Melissa & Joey, Drop Dead Diva and Awkward. In terms of movies he’s mostly worked in TV films, but he did have appearances in the feature films Savages and Surrogates. Today, his estimated net worth is largely unknown because of his lack of leading roles. His biggest and only recurring role has been on 90210 and that was three years ago. His most likely worth around $300 to $400 thousand. 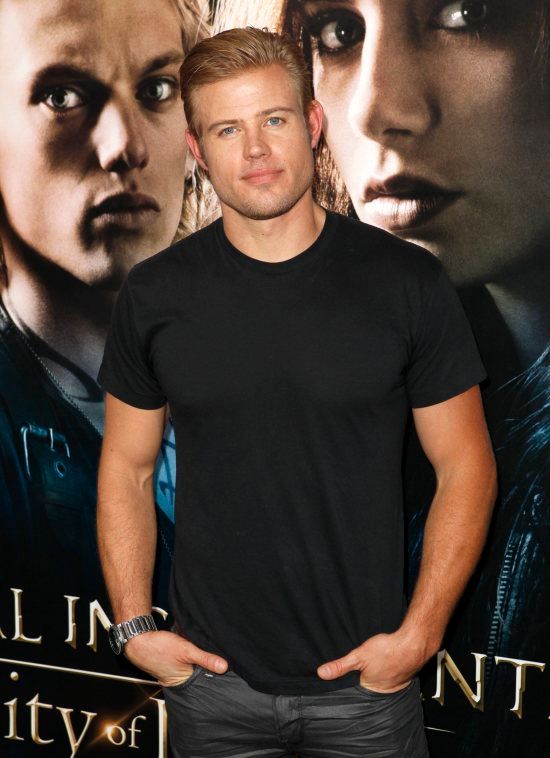 Estimated Net Worth: $2 million. Like many of the stars on the CW series, Michael Steger’s career hasn’t extended much further than his main role as Navid Shirazi. Prior to that he had one episode appearances on VR Troopers, NCIS, Hannah Montana, Cory in the House and did four episodes on The Winner. Since his role on 90210, he appeared on Criminal Minds, Covert Affairs, and True Blood. His film career is lacking; it consists of only short films and television films. Today the majority of his net worth comes from his main role on 90210, and despite his few and far between jobs, he’s still worth an estimated $2 million. 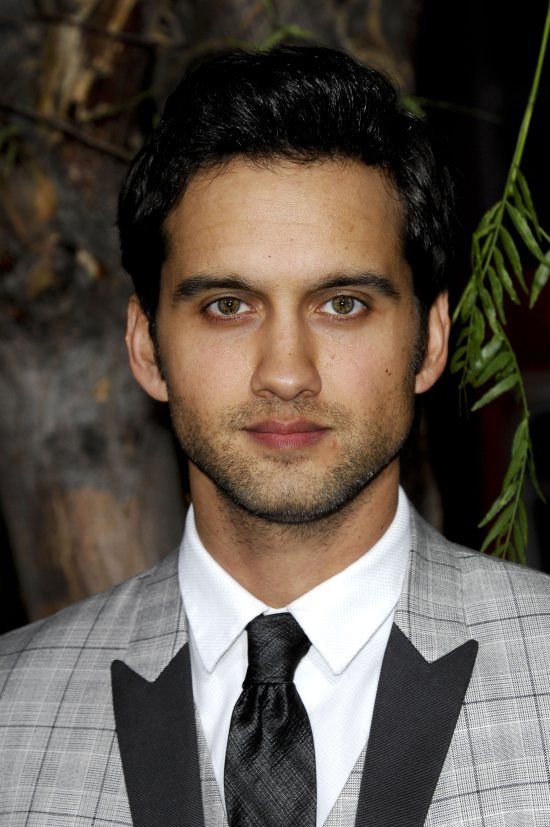 Estimated Net Worth: $4 million. Tristan Wilds is a man of many talents. The 26-year-old actor is a singer, songwriter and record producer. He’s been much more successful than some of his co-stars on 90210 as he’s also well recognized for his role on the HBO series The Wire and was featured on Adele’s chart-topping album, Hello. His acting resume isn’t extensive. He’s had small roles in the feature films Half Nelson, Secret Life of Bees and Red Tails. On television, he was in a recurring role on The Wire and appeared in Miracle’s Boys, Cold Case, and Law & Order. Since finishing up his main role on 90210, he’s been focusing on music — his 2014 album called New York: A Love Story was even nominated for a Grammy! Today Tristan Wilds is worth a whopping $4 million, mostly due to his main roles on television and success in the music industry. 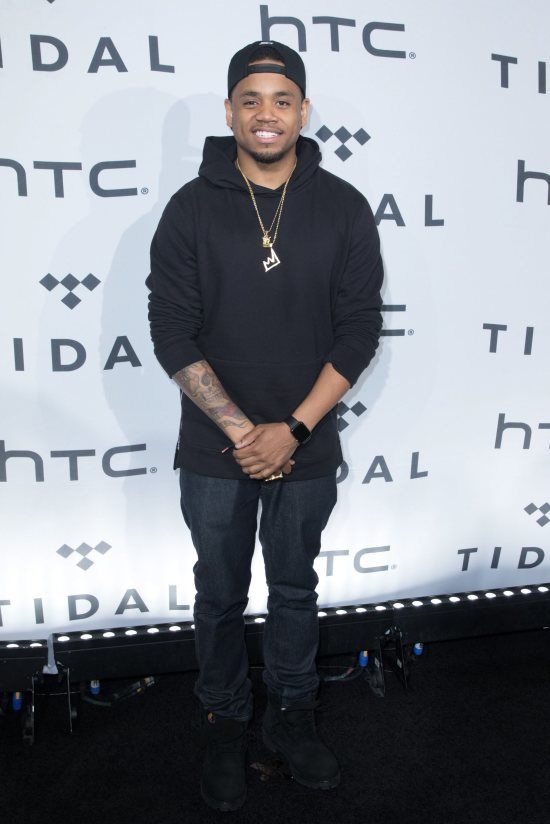 Estimated Net Worth: Unknown. Little is known about the stunning Gillian Zinser. She isn’t a well-credited actress, but she was well liked during her time on 90210. She started out on the show with a recurring role in season two, but then signed on as a regular cast member for the third season. Her other credits include roles in the films Always Worthy, Asthma, Liars All and a brief cameo in Savages. Before landing a role on 90210 she had appearances in Cold Case, Cupid, and Southland. Gillian’s net worth is largely unknown due to her lack of work, especially leading roles, but it’s estimated her net worth would be somewhere around $150 to 200 thousand. 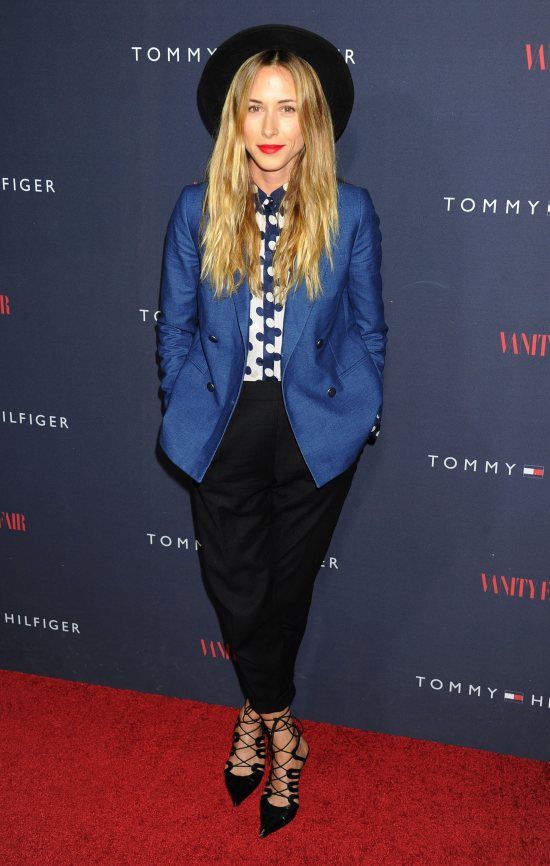 Estimated Net Worth: $3 million. This American actress and comedian is best known for her roles on 90210, The Following and being a ‘scream queen’ film actress after starring in a string of horror films like Prom Night, Vampire Bats, Left in Darkness and The Hills Have Eyes 2. Her money-making roles have been her main castings on 90210 and The Following, but she’s also appeared on popular shows like Zoey 101, Grey’s Anatomy, True Blood and voicing a character on Family Guy. She’s also done quite well in the film industry, starring in horror films, but also Homecoming, This Christmas, and small roles in School for Scoundrels, Ted, and The Informers. Today her net worth sits around $3 million, mainly from her starring roles in films and main roles on television. 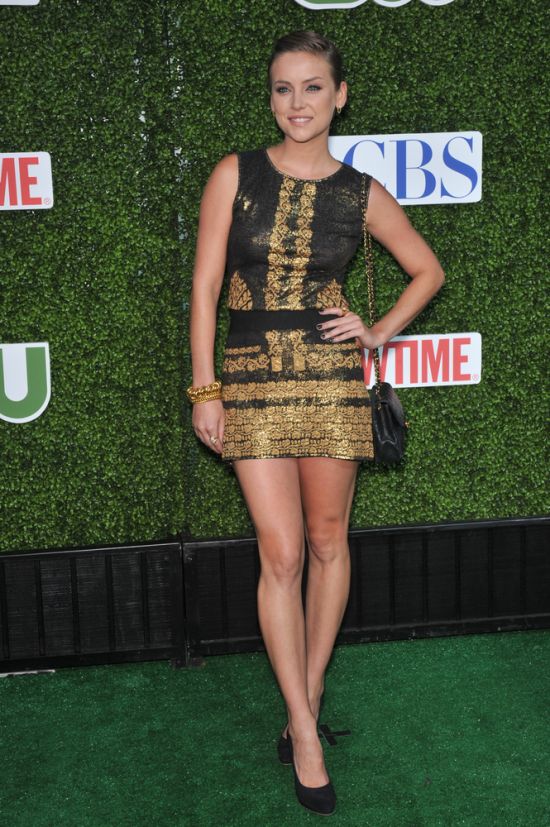 Estimated Net Worth: $6 million. Jessica Lowndes is a Canadian actress and singer-songwriter who is best known for her role as Adrianna Tate-Duncan on 90210. Despite Lowndes longer resume she’s still only landed one main role, but she’s had small roles in many popular series like Hawaii Five-O, Motive, Young & Hungry, Masters of Horror and she’s appeared in six episodes of Greek and two episodes of Alice, I Think. She’s also dabbled in the film industry a bit with roles in The Haunting, Altitude, The Devil’s Carnival, and The Prince alongside Bruce Willis and John Cusack, and was in a comedy-horror Lifetime movie called A Deadly Adoption with Will Ferrell and Kirsten Wiig. Not bad! In terms of music, she’s released 15 singles — most of her songs were featured on 90210. Her estimated net worth is around $6 million and most of that stems from her film work and role on 90210. 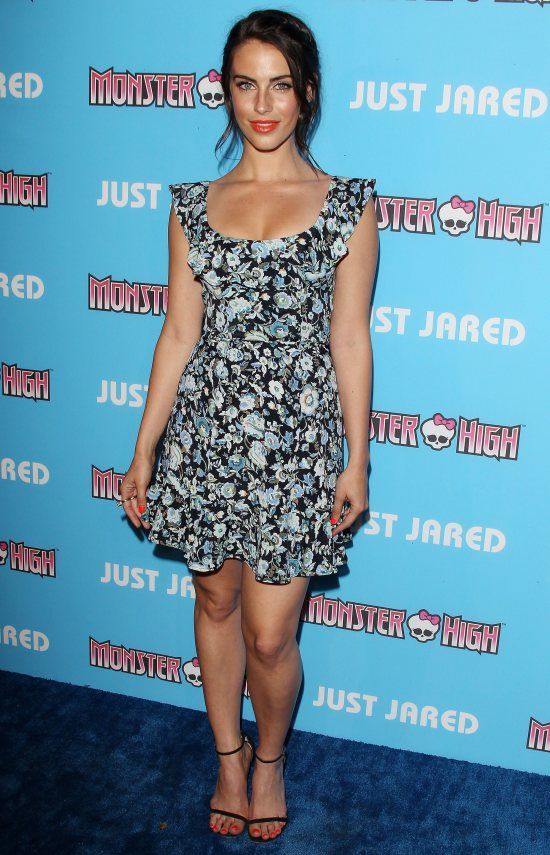 Estimated Net Worth: $4 million. Matt Lanter was the heartthrob of 90210 in the role of bad boy Liam Court. Matt has enjoyed a lot of success outside the CW series. He’s well recognized for his film roles: the voice of Anakin Skywalker in Star Wars: The Clone Wars, Disaster Movie, Sorority Row, Vampires Suck and The Roommate. He has an extensive television career with main roles on Commander in Chief, Star Wars: The Clone Wars (voice role), 90210, Ultimate Spider-Man, and Star-Crossed. In addition to these lead roles, he’s made appearances in 8 Simple Rules, Big Love, Heroes, CSI, Grey’s Anatomy, Life, and Star Wars Rebels. He was also involved in various video games within the Stars Wars franchise. With all of his leading roles and involvement in a major franchise like Star Wars, his net worth is listed at an estimated $4 million. 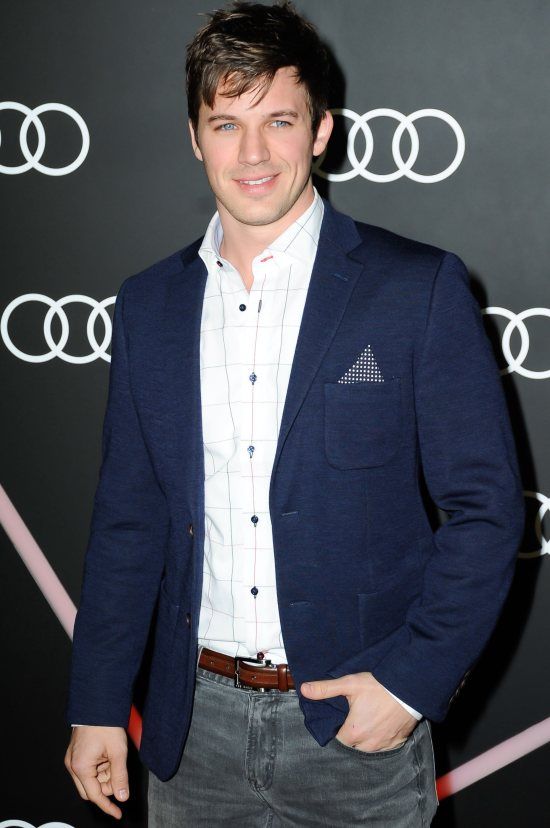 Estimated Net Worth: $5 million. AnnaLynne McCord is known for taking on the role of the vixen, and this is no different on 90210. The American actress and former model first gained recognition for her role on Nip/Tuck back in 2007 and on American Heiress. She has done one episode appearances on The O.C., Cold Case, CSI: Miami, Greek, Stalker, and Lucifer. After 90210 ended, AnnaLynne’s next big role was on the show Dallas in a recurring role and briefly on Secrets and Lies for two episodes. She’s had a starring role in Santa’s Little Helper, Gutshot Straight, Scorned, Officer Down, Excision, Blood Out, and the critically acclaimed Amexica. The majority of her $5 million net worth stems from her role on 90210 as her longest standing role, but we’d like to see her land another lead role soon! 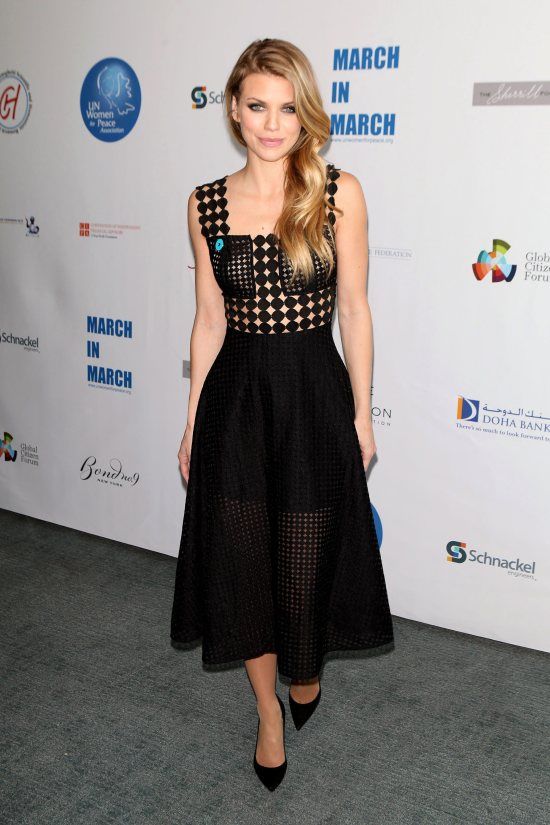 Estimated Net Worth: $4 million. Shenae Grimes won our hearts as the lovable, innocent Annie Wilson on 90210. But many Canadians first recognized her as Darcy Edwards on Degrassi: The Next Generation — these have been her only main roles on television. She’s appeared in one episode of shows like Biography, Kevin Hill, 72 Hours: True Crime, and as herself on reality shows like America’s Next Top Model, Punk’d and The Hills. Her film credits aren’t extensive with only two starring roles in Sugar and The Cross Road. She also appeared in Empire State and Scream 4. Despite her lack of acting credits since 90210, she’s still worth a whopping $4 million! 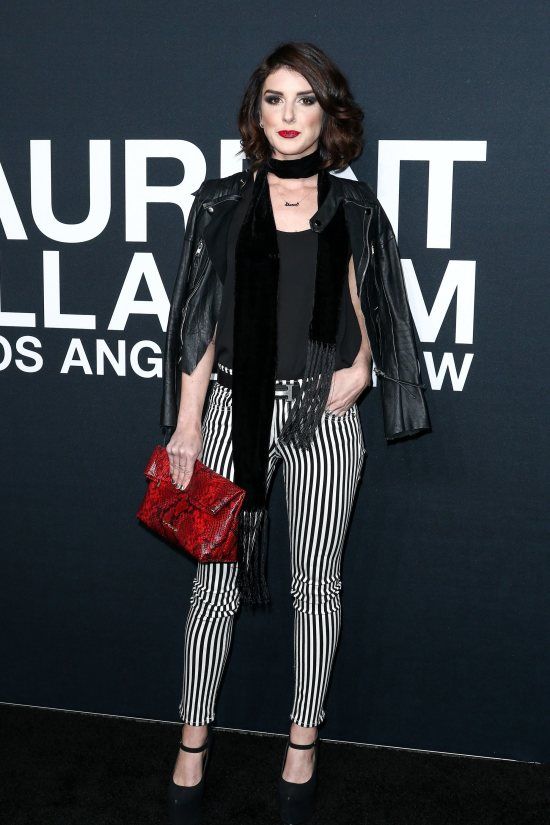 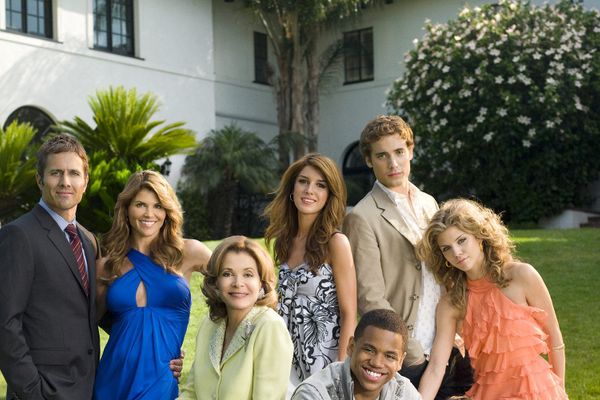