The ABC comedy-drama Desperate Housewives was a huge hit! The series had so many twists and turns, creating new mysteries in every episode. It was well received by critics and fans alike. It ran for eight seasons from 2004 to 2012 and won multiple awards including a Primetime Emmy, Golden Globe and Screen Actors Guild Awards. It took place on the fictional street of Wisteria Lane in the fictional town of Fairview, and followed the lives of several women living on the same street through the eyes of their late friend and neighbor. The award winning ensemble cast featuring Teri Hatcher, Felicity Huffman, Marcia Cross and Eva Longoria definitely made the show a success! It’s been four years since the show ended, so lets take a look at how much the cast of Desperate Housewives is worth now!

Estimated Net Worth: $3 million. This Emmy nominated and Golden Globe winning actor made a name for himself as an actor by appearing in cult films like Dune and Blue Velvet. He’s also held co-starring roles in movies like The Hidden, The Doors, The Flinestones, Twin Peaks: Fire Walk with Me, Peace, Love & Misunderstanding, The Trial, Hamlet and was the voice of Riley’s Dad in the animated film Inside Out. MacLachlan has also made a name for himself by taking on some prominent television roles, like his role as Charlotte York’s husband in the widely popular Sex and the City, Orson Hodge in Desperate Housewives, The Captain in How I Met Your Mother, Calvin Zabo in Agents of S.H.I.E.L.D., and the mayor in Portlandia. He’s currently worth an estimated $3 million! 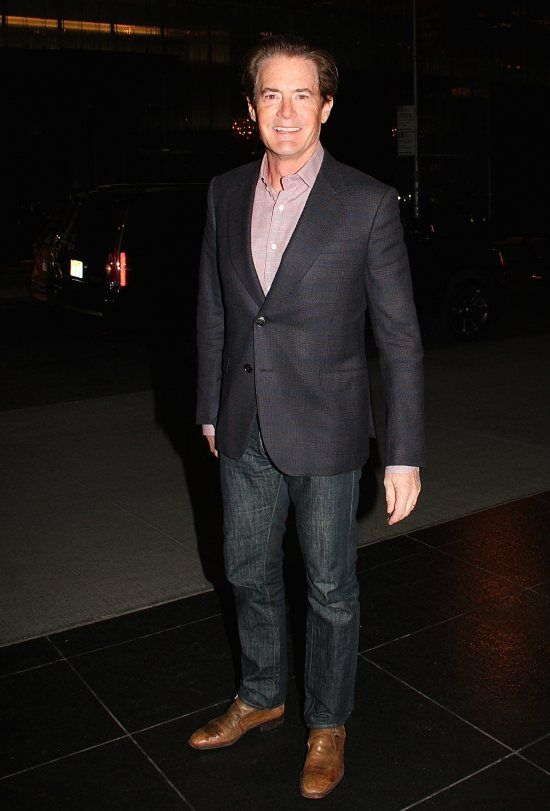 Estimated Net Worth: $3 million. Bowen got her start on-screen in the role of Julie Mayer from 2004 to 2012 on Desperate Housewives. Prior to that she was working on Broadway productions like The Sound of Music, Jane Eyre and Les Miserables. She’s done a few small film roles, but nothing too notable. She has many credits for guest appearances on shows like Law & Order, Boston Public, One Tree Hill, The Closer, Ghost Whisperer, King of the Hill, Without a Trace and Scandal. Since the show ended, she’s become the model for Miss Selfridge and even worked as an associate producer for the movie The Preacher’s Daughter. Her net worth seems surprisingly high for her resume, but she’s listed as being worth an estimated $3 million. 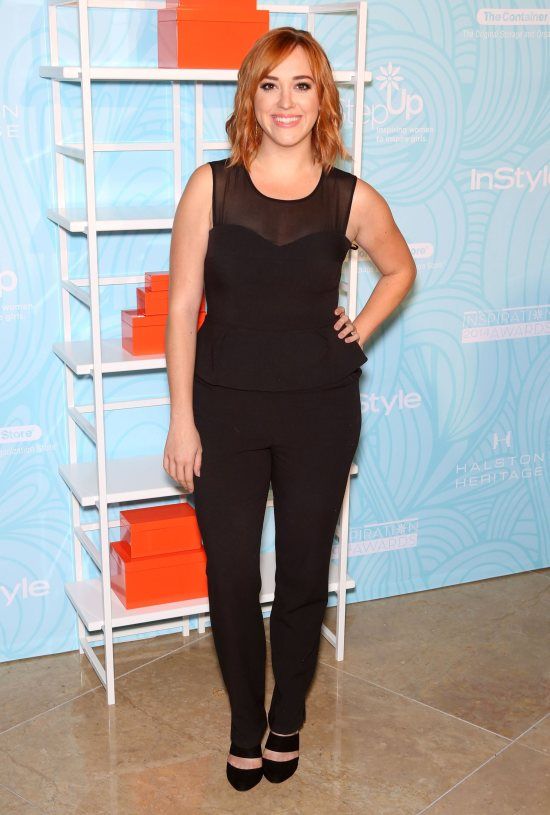 Estimated Net Worth: $3 million. This actor has held a steady career in film and television since the mid-80s. His two biggest credits are co-starring roles as Matt Fielding in Melrose Place and Tom Scavo in Desperate Housewives. Outside of these two major roles, he’s only done guest appearances on shows like The X-Files, Hawaii Five-O, Drop Dead Diva, Hot in Cleveland, Criminal Minds, CSI, Nip/Tuck, NYPD Blue, 24 and The Guardian. He’s also appeared in the following films: Secret Admirer, Teen Wolf, Masquerade, Godzilla, The One and All You’ve Got. His co-starring roles on Melrose Place and Desperate Housewives would have earned him the bulk of his income, but he’s still getting lots of work and is worth an estimated $3 million! 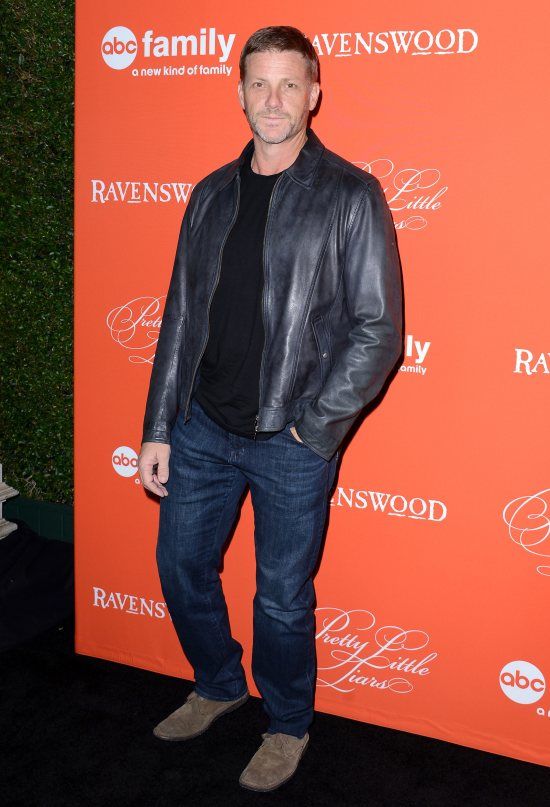 Estimated Net Worth: $1 million. Shawn Pyfrom has appeared in many television shows, but he’s best known for his role as Andrew Van de Kamp on Desperate Housewives and Lionel Griff in the Disney series Stanley. He’s been doing guest appearances on shows since the mid-’90s so he’s racked up quite a list of credits. His most notable have been on popular shows like 7th Heaven, Buffy the Vampire Slayer, CSI: Miami, 8 Simple Rules, Nip/Tuck, Malcolm in the Middle, Chicago Hope and Family Guy. His only co-starring film credit is in Tanner Hall, but he’s also appeared in The Shaggy Dog, The Darkroom and Killing Lincoln. Today he’s estimated to be worth a small but mighty $1 million. 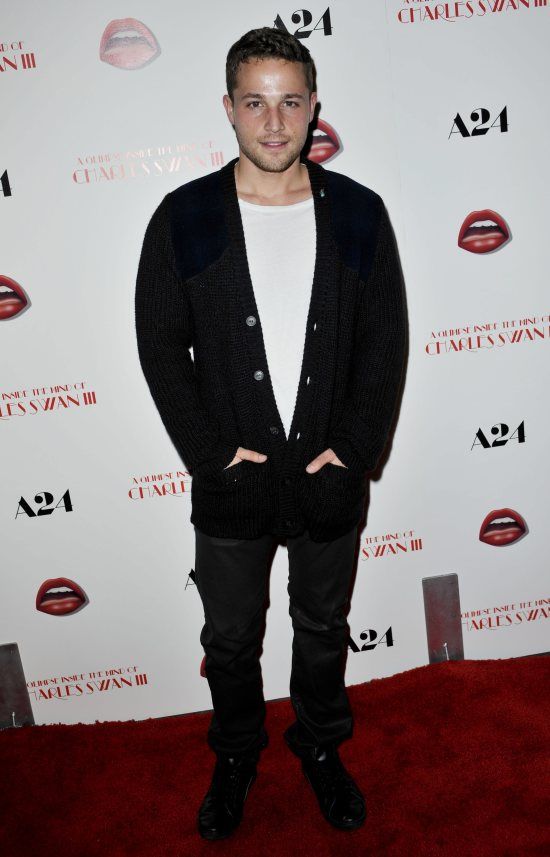 Estimated Net Worth: $3 million. To this day, Ricardo Chavira is best known for his role as Carlos Solis on Desperate Housewives. Since the show ended in 2012 he’s had a few other notable television roles on shows like Scandal and Welcome to the Family. In the span of his career he’s done numerous guest appearances on shows like Castle, JAG, Joan of Arcadia, 24, NYPD Blue, Six Feet Under, The Division and Burn Notice and his film credits include projects like Being Charlie, Rockaway, Ball Don’t Lie, Saving God and Piranha 3D. His estimated net worth is listed as $3 million. 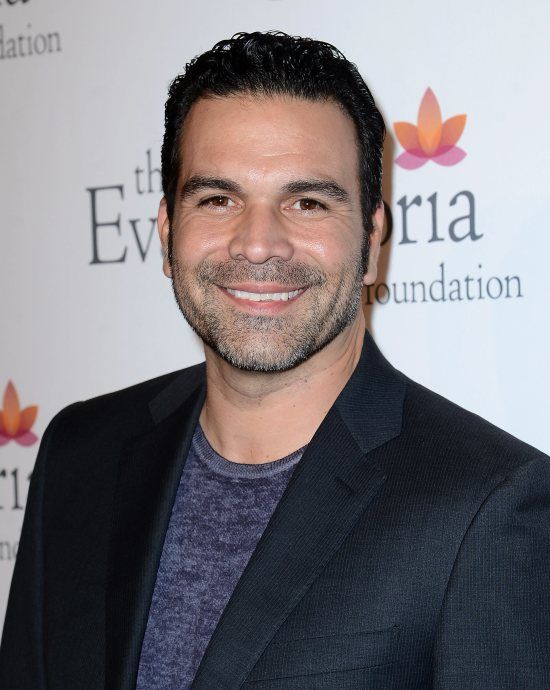 Estimated Net Worth: $7 million. James Denton’s biggest role of his career is still as Mike Delfino on Desperate Housewives. He’s co-starred in a few small films like Grace Unplugged, Beautiful Dreamer, Undead or Alive and That Old Feeling, but he definitely finds most of his work on television. He’s held a series regular role on The Pretender, Philly, Threat Matrix and his current role in the series Good Witch. His guest appearances are on shows like JAG, Ally McBeal, The West Wing and Devious Maids. His estimated net worth seems a little high at $7 million, but he has held many series regular roles and was a main cast member on Desperate Housewives for many years.

Estimated Net Worth: $12 million. This actress is best recognized for her role as Ann Ewing in Dallas and voice over work as the narrator on Desperate Housewives. Strong started acting in the mid-’80s with small guest roles on shows like Twin Peaks, Blossom, Cheers and Star Trek: The Next Generation. She’s also done appearances on Chicago P.D., Bones, Scandal, Law and Order, Nip/Tuck, Malcolm in the Middle, Ally McBeal, 7th Heaven, Dawson’s Creek and Gilmore Girls — just to name a few. The film roles started rolling in after she made her TV debut and she’s been in movies like Spaceballs, Malice, Starship Troopers, Ocean of Pearls, The Kid & I, Terror Tract, and Black Dog. Strong has now accumulated a net worth of $12 million! 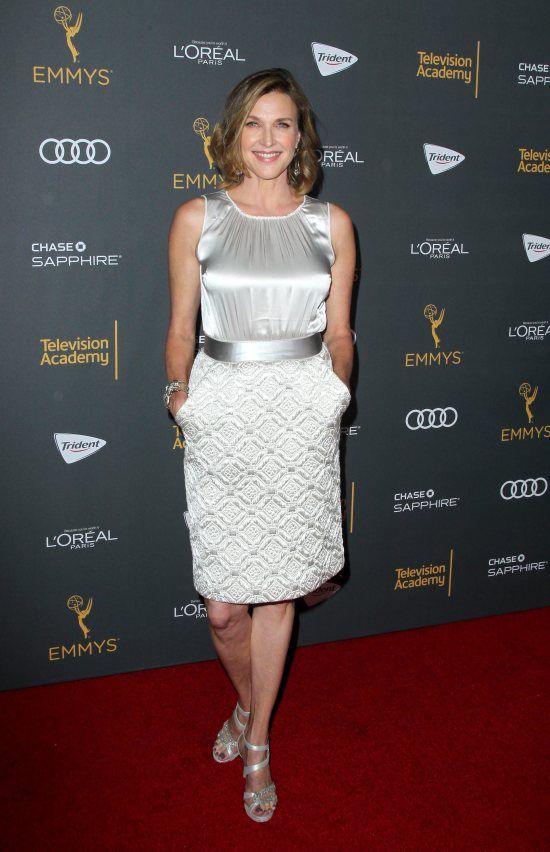 Estimated Net Worth: $25 million. This British actress and model is most well known for her role on the CBS series Knots Landing and Desperate Housewives. Her biggest film appearances were in projects like The Sure Thing, Noises Off, Spy Hard and Beverly Hills Ninja. She was reportedly earning around $175 thousand per episode on Desperate Housewives. She hasn’t been able to land any series regular roles since and prior to that she was doing mainly television films. Her only big role since was in the film Jewtopia in 2012. Despite her sparse acting work she’s estimated to be worth $25 million. We’re guessing she’s worth much, much less than that because she’s had some legal trouble and gone through two divorces. 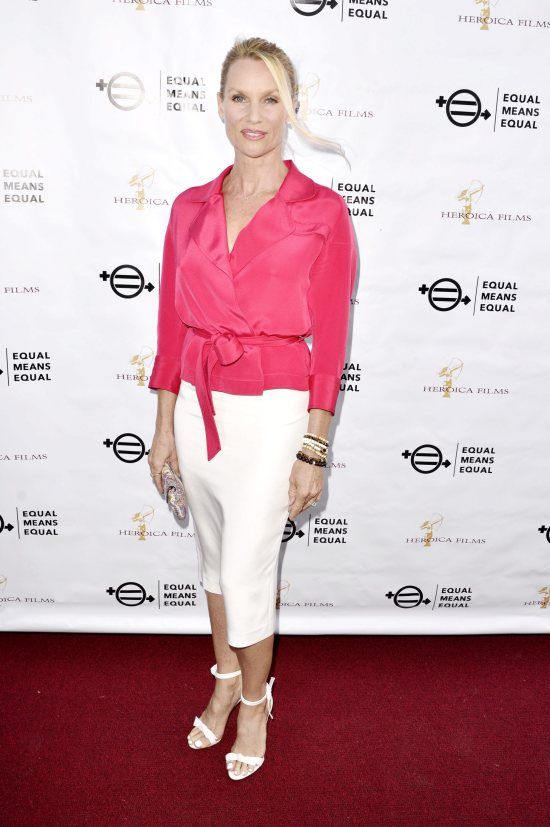 Estimated Net Worth: $30 million. Marcia Cross first received acclaim while working as a soap actress on the show Melrose Place. She then moved onto Desperate Housewives in the role of Bree Van de Kamp which earned her Golden Globe nominations, an Emmy Award and five Screen Actors Guild Awards. Today, she’s the leading lady in the ABC thriller, Quantico, but she’s also appeared on shows like CSI, Spin City, The King of Queens, Boy Meets World, Seinfeld and Law & Order. Her most notable film roles were her supporting roles in the feature films Bad Influence, Just Peck, Bringing Up Bobby and All the Way to the Ocean. Cross was reportedly earning $375 thousand per episode of Desperate Housewives. Pair that with her leading and co-starring roles and it’s no surprise she’s worth a huge $30 million. 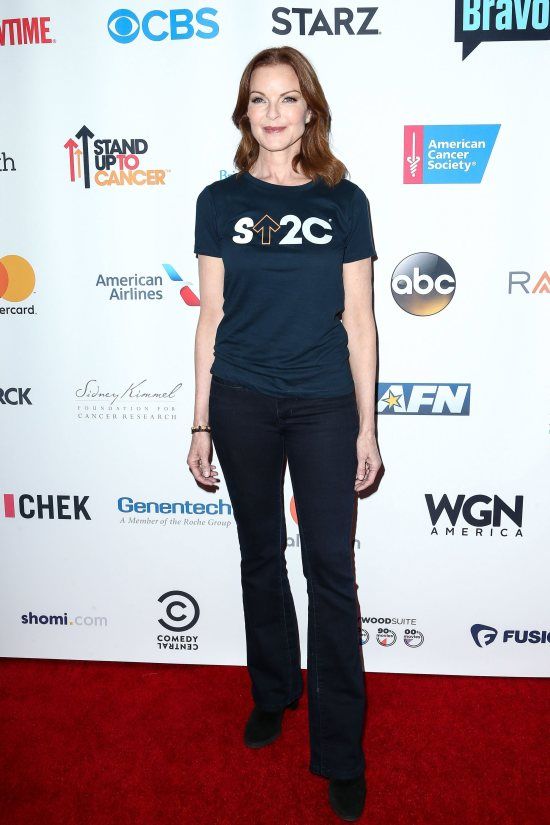 Estimated Net Worth: $20 million. Unlike many of her peers on this list, Felicity Huffman has an extensive career in theatre productions. She’s been in nearly 20 productions in the past 30 years! She’s held series regular roles on Sports Night, Desperate Housewives and currently stars on the show American Crime. She’s credited with recurring roles on Frasier and The D.A., as well as many guest appearances on shows like Kim Possible, Chicago Hope, The West Wing, The X-Files and Law & Order. When it comes to film, she’s co-starred in big box office projects like Cake, Georgia Rule, Transamerica, The Spanish Prisoner, Rudderless, Trust Me and Big Game. Her current net worth is estimated to be somewhere around $20 million! 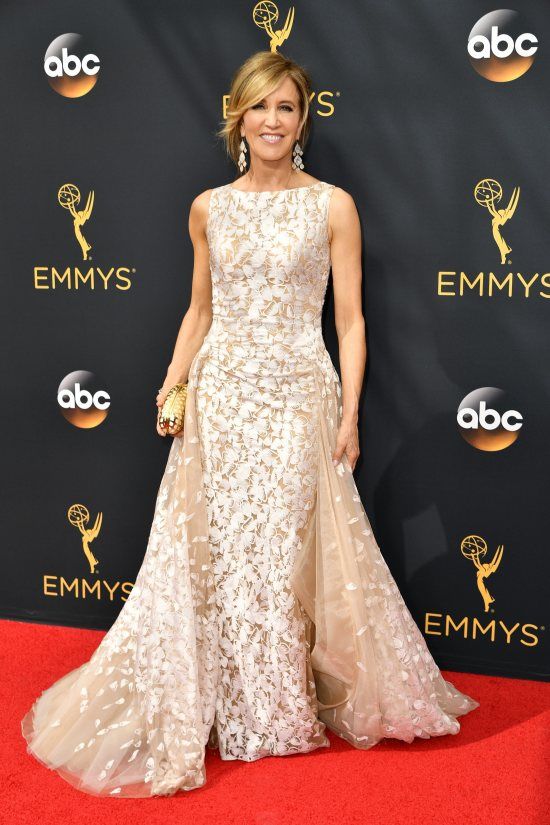 Estimated Net Worth: $50 million. Teri Hatcher has the highest net worth on this list and by a lot! The biggest roles in her career have been as Lois Lane on Lois & Clark and as Susan Meyer on Desperate Housewives, which was a role that earned her a Golden Globe Award, three Screen Actors Awards, as well as an Emmy nomination! She’s done a few voice roles for the films Coraline, Planes and on the show Jake and the Never Land Pirates. Since leaving Desperate Housewives she got a recurring role on The Odd Couple and did a few guest appearances on Two and a Half Men, Smallville and Jane by Design. In terms of film work, Hatcher’s held co-starring roles in Resurrecting the Champ, Spy Kids, Tomorrow Never Dies, Heaven’s Prisoners and 2 Days in the Valley. Her roles on television have definitely defined her career and earned her the majority of her income which sits at a whopping $50 million! 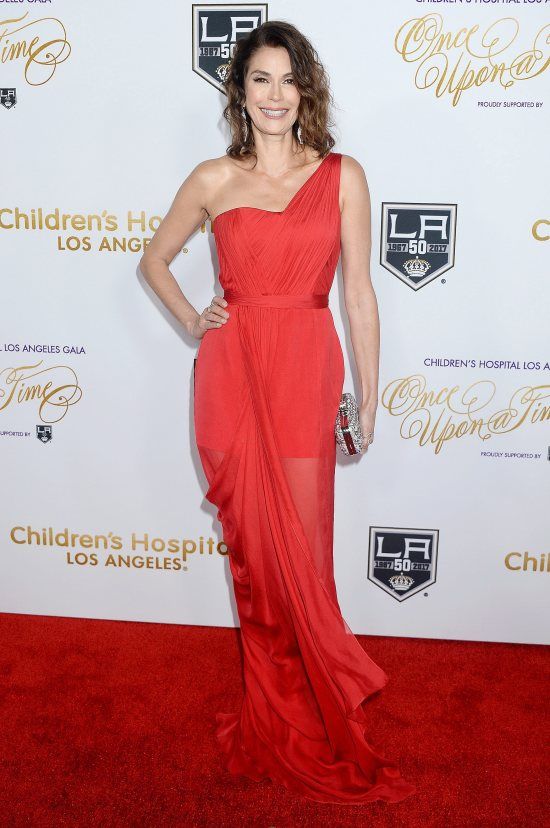 Estimated Net Worth: $35 million. Today she’s credited as an actress, producer, director, activist and businesswoman, but when she started out she was a soap actress! Longoria got her start on The Young and the Restless before she landed her popular role on Desperate Housewives as Gabrielle Solis. She’s co-starred in numerous movies like Harsh Times, Without Men, A Dark Truth, Frontera, Crazy Kind of Love and Over Her Dead Body. She starred in the NBC sitcom Telenovela, but it was short lived, and has also held short roles on the shows Brooklyn Nine Nine and Mother Up! She’s done a lot of work behind the camera as an executive producer for the shows Mother Up!, Devious Maids and Telenovela, as well as the films John Wick, The Harvest and Food Chains. Longoria makes a lot of money off her various advertising campaigns — she holds contracts with L’Oreal, Hanes and New York & Co., just to name a few. She has one of the higher net worth’s on this list with an estimated $35 million. 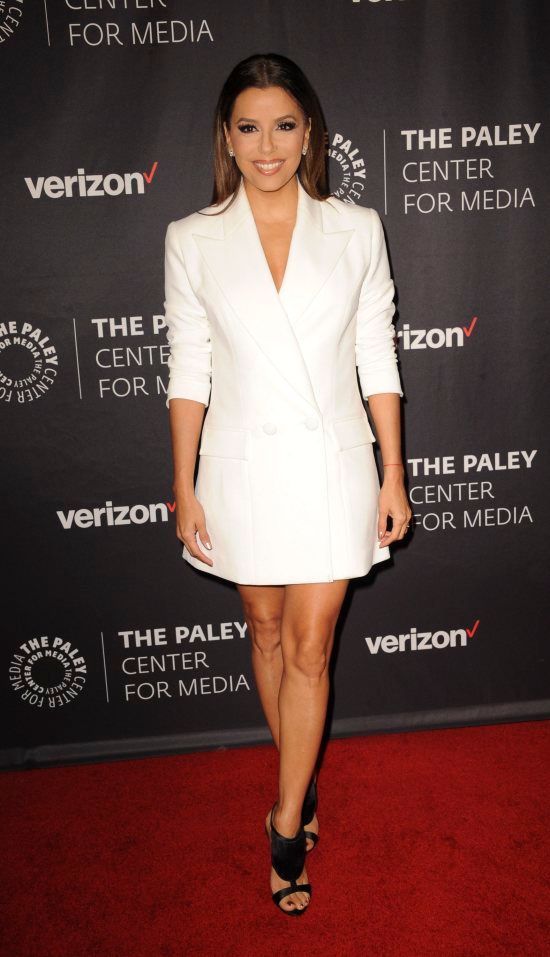 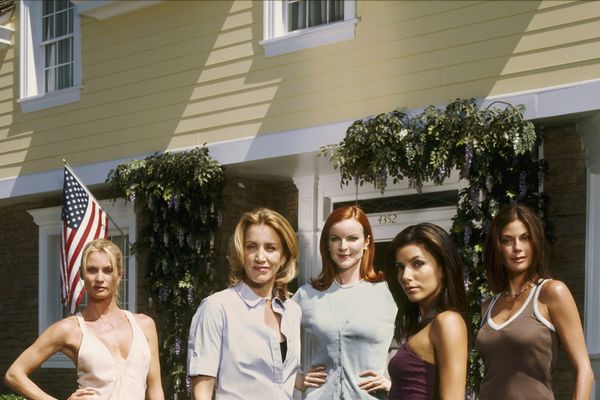