Cast Of Devious Maids: How Much Are They Worth?

Devious Maids is a show on Lifetime that follows five maids who work in the homes of Beverly Hills’s wealthiest and most powerful families. It’s co-produced by actress Eva Longoria and Marc Cherry, who is also the creator of Desperate Housewives. Since the show will soon be premiering its fourth season, we decided to see how much the cast is worth – some of this might surprise you!

Estimated Net Worth: $2 Million. Mariana Klaveno has made a name for herself as an actress thanks to her role in True Blood as Lorena Ball, in Devious Maids as Peri Westmore and in Stalker as detective Janice Lawrence. She’s also had a number of guest parts in shows like Alias, ER, Hawaii Five-0 and Dexter. She’s done pretty well for herself as an actress and has an estimated net worth of $2 million.

Estimated Net Worth: $67 Million. Unlike his co-stars from Devious Maids, Grant Show is reportedly worth a lot of money – $67 million to be exact. To be fair, he’s been acting pretty steadily since the ‘80s. He was a series regular in shows like Ryan’s Hope, True Blue, Melrose Place, Point Pleasant, Swingtown, Accidentally on Purpose and Devious Maids. He’s also had a few movie roles in films like The Girl Next Door, Born to Race and The Possession.

Estimated Net Worth: $3 Million. This Texas-born actor has been in numerous films and television shows. He’s had a number of recurring television roles on The Mountain, The West Wing, Lost, Pepper Dennis, Make It or Break It, Damages, The Gates, Person of Interest and Under the Dome. He’s done pretty well for himself – he’s reportedly sitting pretty with a net worth of $3 million.

Estimated Net Worth: $1 Million. Brianna Brown is best known for her roles as Lisa Niles on General Hospital and as Taylor Stappord on Devious Maids. Before these two roles, she had a number small guest parts on shows including Freaks & Geeks, Entourage and Criminal Minds. She may not be swimming in money, but she’s still worth a reported $1 million!

Estimated Net Worth: $1 Million. Tom Irwin has quite the acting resume. He’s been involved in various film, TV and stage productions since the mid ‘80s. Some of his biggest roles have been in the TV series My So-Called Life, Related, Saving Grace, Grey’s Anatomy, Devious Maids and Chasing Life. Given all of the work he’s had, it’s surprising that he’s only worth an estimated $1 million.

Estimated Net Worth: $200,000. Rebecca Wisocky had been doing the guest starring thing for years. She had appeared on episodes of Sex and the City, The Sopranos, Medium, Ugly Betty, Bones and Saving Grace, and had recurring roles in shows like 90210 and The Mentalist. Her role as Evelyn Powell in Devious Maids is definitely her biggest role yet, which may be why she’s only worth a reported $200,000.

Estimated Net Worth: $60 Million. This former soap opera star reportedly earned over $1 million a year when she was portraying Erika Kane on All My Children. Her biggest role since the soap ended has been on Devious Maids. She reportedly makes $30,000 per episode, which is still pretty darn good! All together, she’s worth an estimated $60 million.

Estimated Net Worth: $2 Million. This gorgeous actress made guest appearances on a number of shows like It’s Always Sunny in Philadelphia, CSI: Crime Scene Investigation, Entourage, Livin’ Loud and The Cleveland Show before she landed her breakout role in Devious Maids. Even though she doesn’t have an extensive acting resume, she still has a reported net worth of $2 million!

Estimated Net Worth: $6 Million. Judy Reyes is best known for her roles as Carla Espinosa in the TV series Scrubs and as Zoila Diaz in the Lifetime series Devious Maids; however, she has been acting pretty steadily since the early ‘90s, with guest parts in shows like Law & Order, New York Undercover and Cosby. Given the longevity of her career and how the small roles eventually lead to starring parts, it’s not surprising that she’s worth an estimated $6 million.

Estimated Net Worth: $14 Million. Not only is Roselyn Sanchez an actress, she’s also a singer! In 2003, she released her first album, Borinqueña. The album’s first single, “Amor Amore,” received a Grammy nomination for Best Music Video. Her acting credits include a lead role on the show Without a Trace, as well as movie roles in Rush Hour 2, Boat Trip and The Game Plan. She’s done pretty well for herself financially – she’s currently worth $14 million!

Estimated Net Worth: $2 Million: This Dominican American actress has been working steadily in television for over a decade now. She’s had roles in Buffy the Vampire Slayer, The Sopranos, Heroes, Entourage and now Devious Maids. She’s also been in several movies including Fat Albert, X-Men: The Last Stand, Quarantine, American Reunion and Mojave. She’s done pretty well for herself. She currently has an estimated net worth of $1 million!

Estimated Net Worth: $2 Million. Ana Ortiz first launched her career in the early 2000s with her roles in Kristin, A.U.S.A., Over There and Boston Legal; however, she is best known for her role as Hilda Suarez in Ugly Betty. She’s also had a few movie roles in Labor Pains, alongside Lindsay Lohan; Big Mommas: Like Father, Like Son; and Little Girl Lost: The Delimar Vera Story. Since 2013, she’s had a lead role in the successful Lifetime series Devious Maids and now has a reported net worth of $2 million. 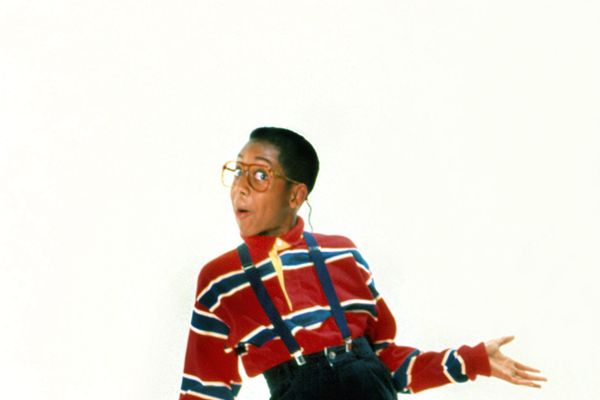 10 Sitcom Characters We Love To Hate