Cast Of Final Destination: How Much Are They Worth Now?

There may be five Final Destination films now, but back in 2000, it all started with the original movie: Final Destination. Although the deaths got more complicated and more gory, many fans of the series will argue that the best one was the very first one, and that is thanks to the young stellar cast it had. Despite mixed reviews, fans of supernatural and horror flocked to the film and it ended up raking in over $112 million internationally, and helped launch the careers of many young stars. Sixteen years later, check out how much the cast of Final Destination is worth now!

Estimated Net Worth: $25 Million. Seann William Scott is a very well known actor now, but it all began with an appearance in a Sunny Delight commercial, and in 1996 he landed his first on-screen role in the series Unhappily Ever After. In 1999 he landed his iconic role as Steve Stifler in American Pie, and he went on to star in Final Destination, Road Trip, Dude, Where’s My Car? and the rest of the American Pie series. Most recently he has lent his voice to the hit animated franchise Ice Age as Crash, and is currently finishing up production on the sequel to 2011’s Goon. Through his career, Scott has ended up with an estimated net worth of $25 million.

Estimated Net Worth: $1 Million. Roger Guenveur Smith has 80 acting credits to his name, but is best known for his roles in films such as Do the Right Thing, He Got Game, Final Destination and American Gangster. He also had a recurring role on All My Children as Miles Christopher. Most recently he appeared in the acclaimed film Birth of a Nation, and is currently working on six projects which are currently in post-production. Despite all of his hard work and accolades, he still only has an estimated net worth of $1 million.

Estimated Net Worth: $10 Million. Fans of Final Destination will recognize Tony Todd from his role as mortician William Bludworth. The popular actor has a lengthy resume in the industry, however, beginning with a role in 1986. He is best known for his roles in films such as Platoon, Candyman, The Rock and The Man from Earth, but has also been in many TV series such as Star Trek: The Next Generation, CSI: Miami, 24, Chuck and The Young and the Restless, just to name a few. Overall Todd has an incredible 196 acting credits to his name and is sitting on a very comfortable net worth of $10 million.

Estimated Net Worth: $2.5 Million. Amanda Detmer began her career back in 1995 with the TV movie Stolen Innocence, and has gone back and forth from television to films with continuous roles. She appeared in Drop Dead Gorgeous and the Freddie Prinze Jr. comedy Boys and Girls, and is best known as Terry Chaney from Final Destination. Detmer has gone on to have roles in Saving Silverman, Big Fat Liar, You, Me and Dupree, and in series such as What About Brian, Private Practice and most recently Baby Daddy, and Second Chance. Although she hasn’t landed any huge roles, her steady stream of roles has landed her an estimated net worth of $2.5 million.

Estimated Net Worth: $400 Thousand. Kristen Cloke began acting in the early ’90s with small roles on both TV and in movies such as Megaville, Silk Stalkings, Doogie Howser and Cheers. She then starred in the series Space: Above and Beyond, but is still best known for her role as teacher Valerie Lewton in Final Destination. Since that film, she has only had 9 acting credits added to her resume, leaving her with a net worth of $400 thousand.

Estimated Net Worth: $400 Thousand. Chad Donella starred in Final Destination as Alex Browning’s best friend Tod Waggner, but despite continuous work, his career has never really taken off. Aside from the film, he has been in many single episode roles for series such as The X-Files, Smallville, CSI, Ghost Whisperer, Castle and most recently Scandal. His lack of major roles has left Donella with a net worth of $400 thousand.

Estimated Net Worth: $2 Million. Kerr Smith had a great start into acting with a 24 episode role of Ryder Hughes on the popular series As the World Turns. He quickly added to his resume with both TV and film roles, including as the popular enemy of Alex Browning, Carter Horton, in Final Destination. Despite many roles, he is perhaps still best known for his role of Jack McPhee on the hugely popular series Dawson’s Creek. He went on to have roles in Charmed, E-Ring, Justice, My Bloody Valentine, Life Unexpected, and most recently in The Fosters. Overall, Smith’s hard work and many roles has acquired the actor a respectable net worth of $2 million.

Estimated Net Worth: $8 Million. Ali Larter began her career in Hollywood as a model, but in the mid-90s, she decided she wanted to take up acting. She quickly landed roles on shows such as Suddenly Susan, Chicago Hope and Dawson’s Creek. She landed her big break in 1999’s Varsity Blues, and quickly took on leading roles in more films including Drive Me Crazy, House on Haunted Hill, Legally Blonde, American Outlaws, and Final Destination. Her career then got a boost in television with a starring role on the hit series Heroes, and she will next be seen in the new series Pitch and Resident Evil: The Final Chapter. Now, Ali Larter has an impressive estimated net worth of $8 million.

Estimated Net Worth: $2 Million. Devon Sawa was one of the biggest teen heartthrobs back in the late ’90s and early 2000s thanks to his many lead roles including as Alex Browning in the first Final Destination film. He began his career on the Canadian TV show KidZone, but it wasn’t until 1995 when he got his big break playing Casper as a real boy for a few minutes in the hit film Casper. He then reunited with his Casper co-star Christina Ricci in the iconic coming of age film Now and Then. He is also best known for roles in Wild America, Idle Hands, Slackers and Extreme Ops. Most recently Sawa starred in the TV series Nikita and appeared in the film The Exorcism of Molly Hartley. Sawa now has an estimated net worth of $2 million. 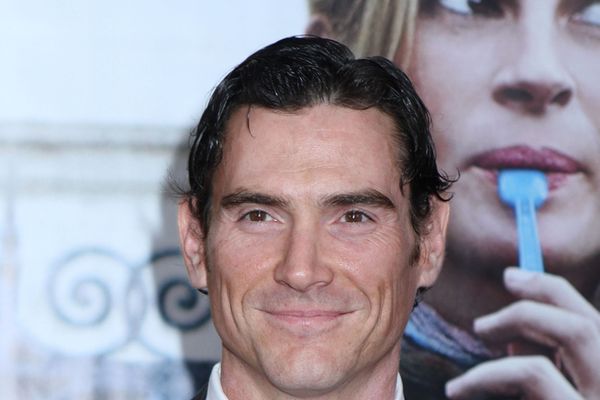 8 Forgotten Actors From The Early 2000s