Cast Of Forgetting Sarah Marshall: How Much Are They Worth Now?

It’s been eight years since the romantic comedy, Forgetting Sarah Marshall hit theaters and swept audiences away with it’s quick witted humor and star studded cast. The movie tells the story of a music composer named Peter whose long-time celebrity girlfriend unexpectedly breaks up with him. He’s so devastated he decides to go on vacation to Hawaii, but hilariously ends up staying at the same resort as his ex-girlfriend who is there with her new boyfriend. This film is jam packed with funny actors like Russell Brand, Jason Segel, Bill Hader and Paul Rudd, making Forgetting Sarah Marshall one of the most quotable movies ever and a huge box office hit. This list takes a look back at one of our favorite rom-coms and how much the cast is worth now:

Estimated Net Worth: $6 million. He is mostly famous for appearing on Late Night with Conan O’Brien. This actor and comedian got his big break when he met Tina Fey while working at Second City and was offered a series regular role on her show, 30 Rock. He’s also had recurring roles on series like The Middle, Arrested Development, The Jack and Triumph Show and continues to do voice work as a series regular on the Disney’s Wander Over Yonder. Jack also does a lot of voice acting, his most notable role has been on the show Phineas and Ferb, and films like Despicable Me, Wreck-It Ralph and the upcoming film Smurf’s: The Lost Village. All of Jack’s impressive film and television work has led him to an estimated net worth of $6 million! 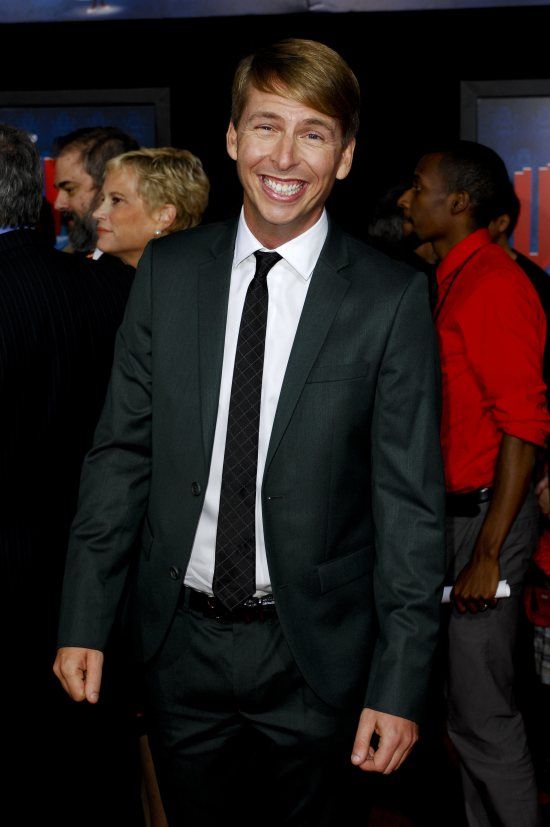 Estimated Net Worth: Unknown. Maria is a lesser known American actress and comedian, but best known for her role in the film, Forgetting Sarah Marshall,  as well as Accepted and as Tammi Littlenut in Strangers with Candy. She hasn’t done many films, but rather mostly small screen work doing guest appearances on shows like Nip/Tuck, Will & Grace, 30 Rock, Lipstick Jungle, House, Arrested Development, and Married. She’s had a few recurring roles on shows like Those Who Can’t, Gotham, The League, Comedy Bang! Bang! and Cougar Town. She’s also been in a few stage productions and two music videos. Maria’s estimated net worth is largely unknown because she hasn’t had any leading roles and very few recurring roles. Although on account of her guest appearances and roles in big films like Forgetting Sarah Marshall and Accepted, she’s probably worth around $2 million. 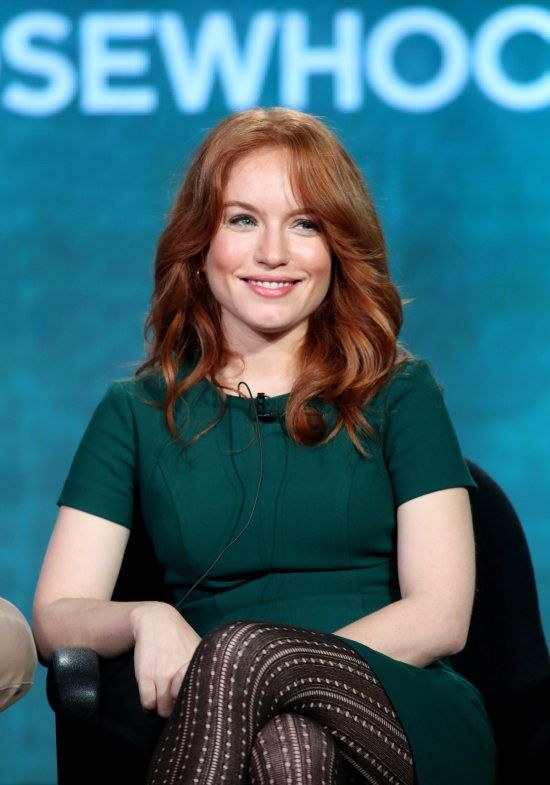 Estimated Net Worth: $8 million. Bill Hader got his start on Saturday Night Live where he’s best known for doing incredible celebrity impressions and remained on the show for eight seasons. Today he’s a well recognized actor outside the comedy network. He’s appeared in a number of hugely successful films like, You, Me and Dupree, Superbad, Knocked Up, This is 40, Adventureland, Pineapple Express, Tropic Thunder, Men in Black 3, Night at the Museum: Battle of the Smithsonian, and most recently Trainwreck. He’s also lent his voice to big films like Cloudy with a Chance of Meatballs, Ice Age: Dawn of the Dinosaurs, and Inside Out. With an impressive resume like this (plus more), it’s no surprise that Bill Hader has an estimated net worth of $8 million. 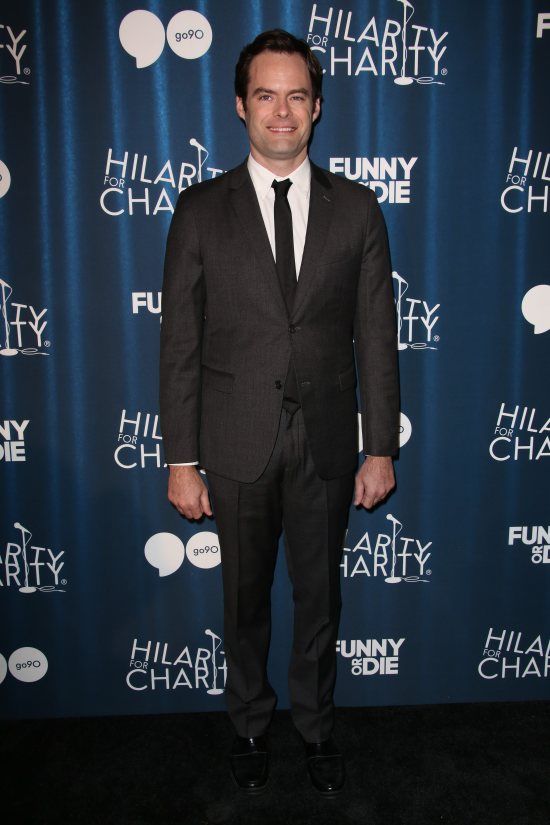 Estimated Net Worth: $40 million. Once Jonah Hill got his big break in the film I Heart Huckabees, the movie roles just started rolling in. He’s appeared in so many successful films it’s no wonder his net worth is so high. His biggest roles have been in films like, The 40-Year-Old Virgin, Accepted, Forgetting Sarah Marshall, Superbad, 21 Jump Street, This is the End, and the list goes on, and on. He received critical acclaim for his role in Moneyball alongside Brad Pitt and for his role in The Wolf of Wall Street. His best roles have been alongside other comedians like Michael Cera, James Franco and Seth Rogan. Forbes ranked Jonah 28th on a list of the highest paid actors from 2014 to 2015, so it’s no surprise this A-list actor has an incredible estimated net worth of a whopping $40 million. 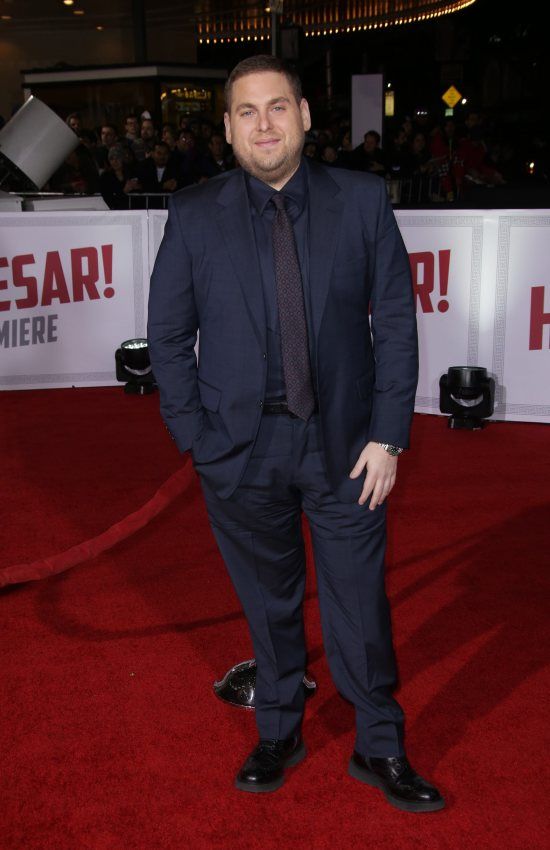 Estimated Net Worth: $30 million. Paul’s breakout role was in the teen flick Clueless. He’d done films before, but nothing quite as successful. Today he’s in almost every comedy and romantic comedy alongside Jason Segel. He’s got a long list of film credits, but his more successful roles have been in films like: Anchorman, The 40-Year-Old Virgin, Knocked Up, This is 40, I Love You, Man, How Do You Know, Forgetting Sarah Marshall, Dinner for Schmucks, and Our Idiot Brother. He’s also appeared in one of the most successful NBC sitcom series, Friends, as Phoebe’s husband and was the writer/producer/lead behind big films like Ant Man, Role Models and Wanderlust. He’s extremely active on the small screen as well — he’s the co-creator, writer, producer behind the series Party Down, and he’s appeared in series like Wet Hot American Summer: First Day of Camp, Parks and Recreation, and of course hosted Saturday Night Live. We are surprised his net worth isn’t listed higher, it most likely is, but he’s listed at earning a net worth of $30 million. 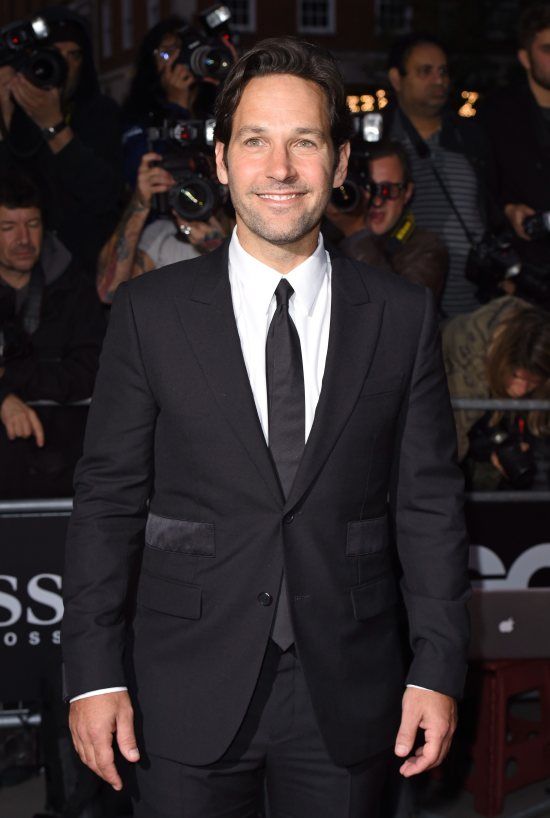 Estimated Net Worth: $15 million. Russell Brand has risen to fame as a comedian, actor, and radio host. He began as a stand-up comedian and MTV presenter, but  his rise to fame began when he appeared as the host of Big Brother’s Big Mouth, a spin off show from the popular Big Brother franchise. His first major film role was in St Trinian’s which then lead to a role in Forgetting Sarah Marshall and Get Him to the Greek. He gained a lot of publicity when he married pop star, Katy Perry, but they divorced after two years. He’s worked as a voice actor in films like Despicable Me, Hop, Trolls and Despicable Me 2. He has a bad reputation for his obscene behavior and drug habits. But he’s recently recognized as a public activist, who recently launched a political web series called The Trews, a book called Revolution and appeared as himself on various shows and documentaries. His film work is his biggest income gaining an estimated net worth of $15 million. 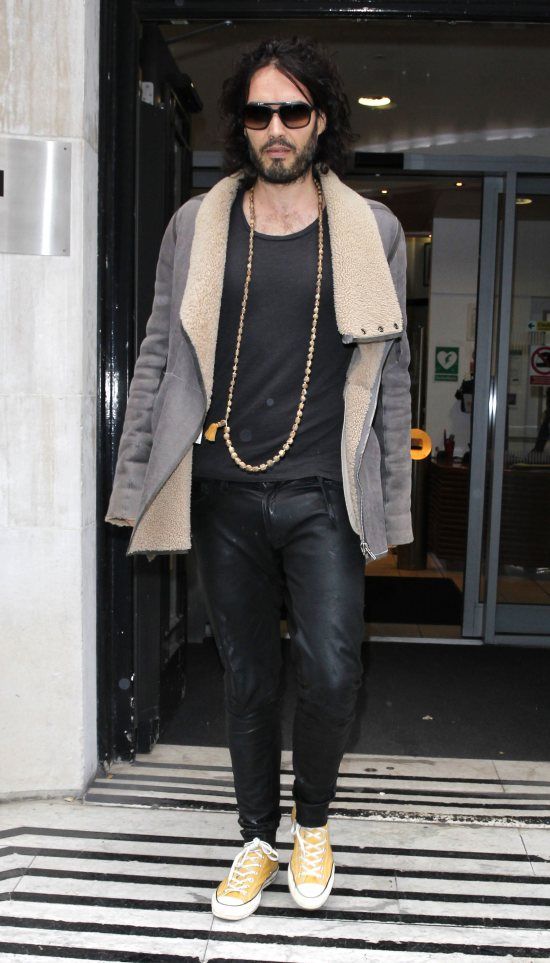 Estimated Net Worth: $16 million. Kristen Bell is an American actress, singer, dancer and producer. She’s had many leading roles in films like When in Rome, Burlesque, Forgetting Sarah Marshall, Couples Retreat, The Boss, Scream 4, Get Him to the Greek, Big Miracle and voicing a character in the new animated film Zootopia. She’s also very active on the small screen with leading roles on hit TV series, Heroes, Veronica Mars and the narrating voice behind Gossip Girl. She’s also the voice behind Lucy Stillman in the Assassin’s Creed video game series and she captivated us all in the hugely successful Disney animated film, Frozen and Frozen Fever. We’ve seen her make guest appearances on shows like Parks and Recreation, Party Down, American Dreams and House of Lies. She’s currently married to fellow actor and comedian, Dax Shepard and will be releasing new film in 2016 called Bad Moms. Her estimated net worth is built on a hugely impressive resume with tons of leading roles that add up to $16 million. 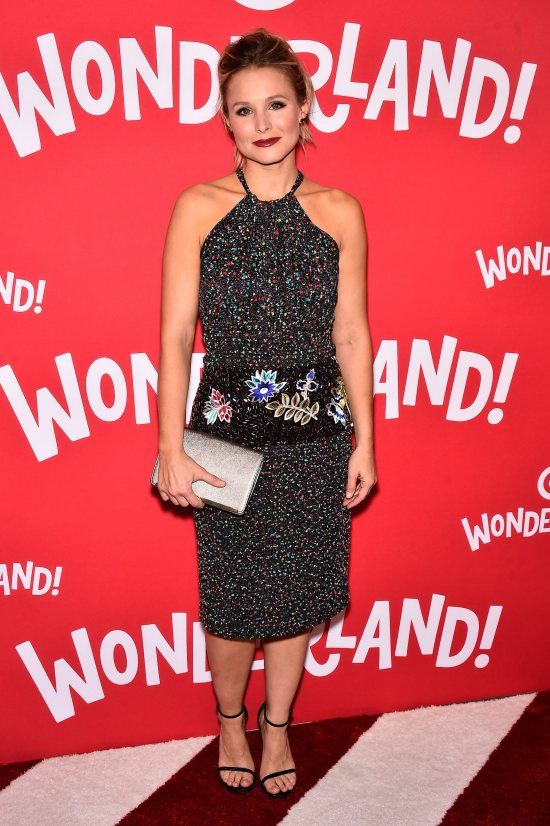 Estimated Net Worth: $30 million. Mila got the biggest role of her career right before her 15th birthday acting as Jackie Burkhart on That ’70s Show from 1998 to 2006. Another huge money maker for her career was voicing Meg on Family Guy. Mila doesn’t do much work on television, she’s primarily focused on films since her time on That ’70s Show ended. This list is huge, but some of her most notably successful films have been: Black Swan, Friends with Benefits, Forgetting Sarah Marshall, Ted, The Book of Eli, Jupiter Ascending, and Oz the Great and Powerful. She’s recieved a nomination each year since 1999, with 6 wins under her belt from various awards like Teen Choice, MTV, People, and even Golden Globe. Realistically, Mila’s net worth is much higher than what is listed here because she’s married to fellow actor, Ashton Kutcher, whom she also shares a daughter. Her listed estimated net worth is somewhere around $30 million. 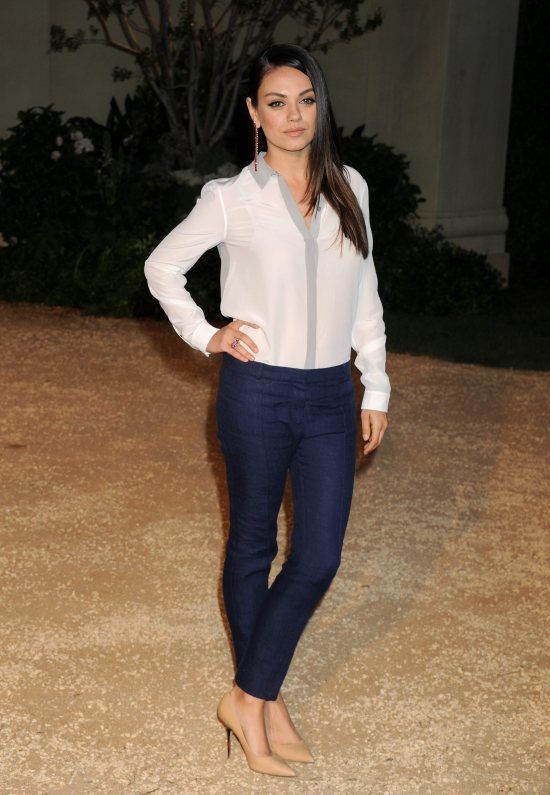 Estimated Net Worth: $30 million. Jason Segel is best known for his role as Marshall on How I Met Your Mother, and his time on Freaks and Geeks and Undeclared. Jason is a jack of all trades, he’s a comedian, actor, screen writer and author! He’s been incredibly active appearing and starring in all the latest successful rom-coms and comedies, most notably: I Love You, Man, Knocked Up, Friends with Benefits, Forgetting Sarah Marshall, The Muppets, Despicable Me, Bad Teacher, This is 40, The Five-Year Engagement, Sex Tape and so, so many more! His latest film The End of the Tour received huge critical acclaim with a nomination at the Independent Spirit Awards. He’s also hosted Saturday Night Live, voiced a character on an episode of Family Guy, and appeared on Alias and CSI. While filming How I Met Your Mother, he was making approximately $225 thousand per episode! Jason Segel is now worth around $30 million, and we are actually surprised it isn’t more! 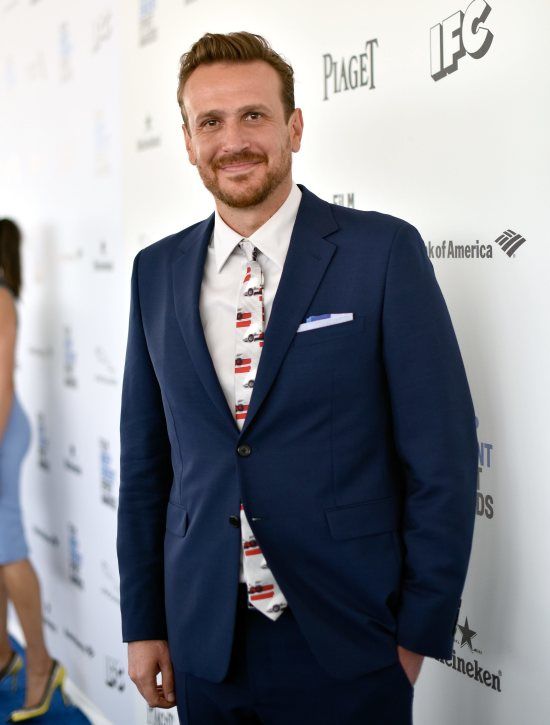 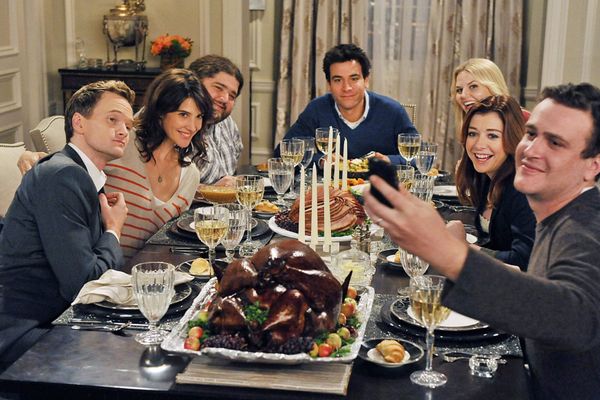