Cast Of Ghost Whisperer: How Much Are They Worth Now?

Ghost Whisperer was another popular supernatural drama series telling the story of a woman, played by Jennifer Love Hewitt, who had the ability to communicate with ghosts. The main character Melinda Gordon used her gift to help spirits resolve their problems and cross over to the “other side.” It offered a great balance of outlandish supernatural antics grounded in a real modern day world. Ghost Whisperer aired on CBS for five seasons from 2005 until 2010 when it was eventually cancelled. It had a great cast with Jennifer Love Hewitt acting in the lead role, as well as behind the scenes as a producer! It’s been six years since the show was taken off the air, so we’ve decided to take a look back and see how much some of the main cast members are worth today:

Estimated Net Worth: $8 million. This actress is a jack of all trades — she’s credited as a talk show host, comedian, author, producer, and director! Tyler’s most notable roles have been as Andrea Marino in Ghost Whisperer, voicing a character in the show Archer, and as Mother Nature in the Santa Clause film series. She also held recurring roles in CSI, hosting Talk Soup, 24, Friends and Criminal Minds. Tyler is the co-host of The Talk and current host of Whose Line is it Anyway? When it comes to the film industry, Tyler has starred in projects like The Babymakers, Bedtime Stories, .45, The Santa Clause (2 and 3), and Meet Market. Her biggest money making projects have been her hosting gigs and current role on Criminal Minds, leaving her with an estimated net worth of $8 million.

Estimated Net Worth: $6 million. Jay Mohr is recognized as an actor, comedian and radio host. Mohr has done a lot of comedic work — he did a two season stint on Saturday Night Live, was an executive producer and presenter on Last Comic Standing and does his own stand-up shows. He’s starred in a lot of films like 200 Cigarettes, Go, Cherry Falls, The Adventures of Pluto Nash, Simone, Are We There Yet?, King’s Ransom, Even Money, Groomsmen, Lonely Street and Dumbbells. When it comes to television he’s best known for his role as Professor Rick Payne in Ghost Whisperer and a role in Gary Unmarried, but lately he’s veered away from acting all together. He now hosts his own podcast called Mohr Stories and hosts a sports radio talk show on Fox Sports Radio. He’s currently worth an estimated $6 million.

Estimated Net Worth: $10 million. As a comedian, Kennedy gravitates more towards comedy so it was odd that he was even cast in Ghost Whisperer to begin with! He’s recognized as a stand-up comedian, actor, television producer and screenwriter. Focusing more on film than television, Kennedy has starred in the following films: Starstruck, Three Kings, The Specials, Cafe, Pretty When You Cry, Sol Goode, Kickin’ It Old Skool, After Dark, Bending the Rules, The Hungover Games and Malibu’s Most Wanted. He had one episode appearances on shows like Criminal Minds, Reaper, King of the Hill and Eureka. His longest running roles on television have been The Cleveland Show, Fanboy and Chum Chum, Ghost Whisperer and The Jamie Kennedy Experiment (which he also produced). Despite being nominated as Worst Actor and having a few Raspberry Awards under his belt, Kennedy is still doing quite fine for himself with an estimated net worth of $10 million!

Estimated Net Worth: Unknown. Christoph Sanders is only well known for two roles, first as Ned Banks in Ghost Whisperer and his current role as Kyle Anderson in the series Last Man Standing. He’s had a few small roles in films like Talladega Nights: The Ballad of Ricky Bobby, Hounddog, Legally Blondes, and In Time. His resume is pretty small with only five television credits. Sanders has his two main castings and a few one episode appearances on CSI, Pair of Kings and Family of the Year. It’s not surprising that Sanders net worth is largely unknown because he’s had very few roles in his career and only two regular castings. If we were to guess, he’s probably worth around $600 thousand.

Estimated Net Worth: $2 million. This actress has a long resume with many acting credits under her belt! Her two most well known roles on television have been on The Practice and Ghost Whisperer, but she’s also held roles on series like Hannah Montana, Harry’s Law, Criminal Minds, Person of Interest, Younger, Ally McBeal, Will & Grace, Boston Public, Two and a Half Men and How I Met Your Mother (just to name a few). Manheim has appeared in about 25 films with starring roles in Cop Car, The Hot Flashes, Scary Movie 3 and voicing a character in The Land Before Time animated series. She’s a well respected actress with five awards, including an Emmy Award and Golden Globe! Camryn Manheim’s been working in the biz since the early ’80s and it’s all paid off because she’s now worth an estimated $2 million!

Estimated Net Worth: $3 million. David Conrad is most well known for his role on Ghost Whisperer alongside Jennifer Love Hewitt. As one of the main characters on the show he was there from the beginning all the way to the end. Outside of Ghost Whisperer, Conrad doesn’t have any other main castings on television, but he did take on a recurring role on Agents of S.H.I.E.L.D and made appearances on many popular series like The Good Wife, CSI: Miami, Law and Order, Castle and The Firm. Conrad doesn’t have much of a film career, but he’s done small appearances in feature films like Wedding Crashers, Anything Else, Crazy and Men of Honor. His biggest money maker was definitely co-starring on Ghost Whisperer. Today he’s estimated to be worth $3 million.

Estimated Net Worth: $18 million. Jennifer Love Hewitt is undeniably the most successful actor to have emerged from Ghost Whisperer. In fact she was quite famous before even landing the show! She built up a career starring on the Disney Channel’s Kids Incorporated, but things really took off when she starred on Party of Five. She then landed starring roles on the huge feature films I Know What You Did Last Summer and I Still Know What You Did Last Summer. Her next and only other main casting on television was on Ghost Whisperer, but she’s also held important roles on Time of Your Life, Criminal Minds and The Client List. Hewitt has done appearances on plenty of shows like Hot in Cleveland, American Dreams and Boy Meets World. When it comes to film she’s switched it up a bit by doing a lot of voice acting in films like Garfield: A Tail of Two Kitties, The Adventures of Tom Thumb and Thumbelina, The Hunchback of Notre Dame II and Zoomates, but she did star in a few others like Cafe, Jewtopia, If Only and The Truth About Love. Outside of acting, Hewitt produced the show Ghost Whisperer, The Client List, and a few TV films. This actress has come a long way and now she’s worth an estimated $18 million! 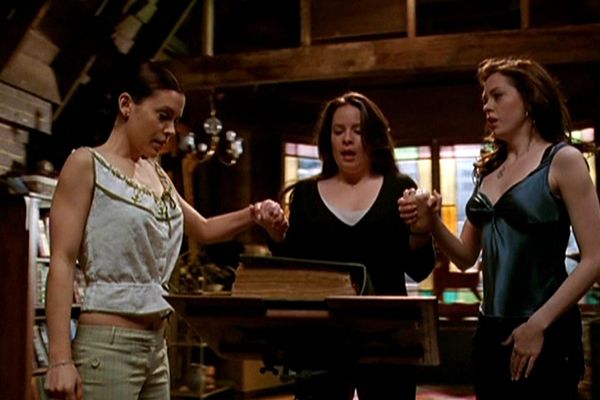