Gilmore Girls debuted back in 2000 to wide-spread critical acclaim with a “seal of quality” and stamp of approval by the Viewers for Quality Television. The show was much beloved with its fast-paced dialogue and was a staple of the WB network as its third-highest-rated show until it moved to the CW network in 2006. The show was cancelled after its seventh season, but will be revived by Netflix in the upcoming year. This list takes a look at the show’s all-star cast, their careers, and just how much they’re said to be worth.

Estimated Net Worth: $15 Million. Forever to be remembered as Lorelai on Gilmore Girls, Lauren Graham got her start back in 1996 with the television series Townies. She’s also appeared in Good Company, Conrad Bloom, and Parenthood. She has been in various films as well including Bad Santa, Evan Almighty, and has even voiced characters like Fran Lockwood in Cloudy with a Chance of Meatballs. She published a fictionalized version of her time on the New York acting scene in the 1990s with her book Someday, Someday, Maybe: A Novel, which has been picked up by Warner Bros Television and Ellen DeGeneres’ production company to be adapted into a television series, written by Graham. This year you can check her out in Gilmore Girls: Seasons, a Netflix revival of 4 90-minute episodes, and in the movies Joshy and Middle School: The Worst Years of My Life. Lauren’s various ventures have landed her an estimated net worth of $15 million!

Estimated Net Worth: $8 Million. Gilmore Girls was a big break for the young actress who is best known as Rory Gilmore, but she has had no problem getting gigs since. She has been in flicks like Tuck Everlasting, The Sisterhood of the Travelling Pants 1 and 2, The Conspirator, and Jenny’s Wedding. She also had a recurring role as Beth Dawes on the hit series Mad Men, where she met her hubby Vincent Kartheiser. Bledel also starred in an unaired Fox series titled Us & Them, based on the British sitcom Gavin & Stacey. While the pilot was initially picked up, the network decided against the project and the series was scrapped. This year, Alexis will return to the Gilmore Girls: Seasons to her fans’ delight! All of her film and television work has earned her an estimated net worth of $8 million!

Estimated Net Worth: $15 Million. Scott Patterson is best known for his roles on the Gilmore Girls and in the Saw movie franchise, having starred as Agent Strahm in 3 of the horror flicks. But this guy has got some major talents outside of the acting arena! Not only was he deemed “sponge-worthy” on Seifield, he was also a Triple-A level pitcher for the Braves and the Yankees, and has recently moved into the chair of producer! His first film, Outlaw is set for release this year! This multi-talented stud is worth a whopping estimated $15 million!

Estimated Net Worth: $300,000. As the BFF of Rory on the Gilmore Girls, Agena was faced with the challenge of playing a 16-year-old, while being 27 in real life! Keiko has also been in a number of other series including Felicity, Shameless, and Super(fluous). She’s done voice acting as well in Kim Possible and Learning Town. Agena’s first big screen gig was back in 1998 in Hundred Percent, and she’s had minor roles coming her way ever since. She’s also been in Cats and Mice, The Perfect Party, Labor Pains, and The Night is Young. She started the podcast Drunk Monk with fellow improve comedian Will S. Choi, where they watch every episode of Monk while drinking. This Japanese-American actress returns with the Gilmore Girls: Seasons series and is worth an estimated $300,000!

Estimated Net Worth: $4 Million. Yanaic Truesdale is from Montreal, Quebec, and got his start on the French-Canadian television circuit. He made the move to the English realm with The Sentinel in the latter part of the ‘90s and was quickly scooped up by the Gilmore Girls to play Michel Gerard. Since his time on the show, he’s mostly been involved with French projects including Rumeurs and Mauvais Karma, although this year we’ll be able to catch him lighting up our small screens on Gilmore Girls: Seasons. His multi-lingual capabilities have kept him a busy boy and have earned him an estimated net worth of $4 million.

Estimated Net Worth: $4 Million. Kelly Bishop has a long history in the biz and may be nostalgically remembered as Jennifer Grey’s character’s mother in Dirty Dancing! She is also well recognized for her role as the matriarch Emily Gilmore from the Gilmore Girls series, but has also been a part of many television shows including Thorns, Law & Order: Special Victims Unit, Bunheads, and The Good Wife. Bishop is also highly acclaimed for her stage work. She created the role of Sheila in A Chorus Line, for which she received a Tony Award. Kelly Bishop returns for Gilmore Girls: Seasons and remains active in the television industry. All of her ventures have earned her an estimated fortune of $4 million!

Estimated Net Worth: $10 Million. Edward Herrmann’s voice is as famous as he is. He uses his ubiquitous voice for narration in programs on The History Channel and for PBS productions like Nova. His film work includes The Lost Boys, The Aviator, and The Wolf of Wall Street. In addition to the Gilmore Girls, he’s also appeared in the television series’ Oz, Grey’s Anatomy, The Good Wife, and Harry’s Law. He’s been nominated for a Tony Award and several Emmy’s for guest appearances on various programs, and his prolific career has garnered him an estimated wealth of $10 million! Unfortunately, Edward Herrmann passed away in December of 2014.

Estimated Net Worth: $20 Million. Melissa McCarthy has become a sensation. After the Gilmore Girls wrapped, McCarthy quickly appeared in other series’ including Samantha Who? and Rita Rocks before landing her own television show Mike & Molly. She doesn’t appear to be returning for the revival of the Gilmore Girls, but why would she? In 2015, Forbes named McCarthy the third-highest paid actress in the world that year! She’s also had her hands quite full with film projects since her Gilmore Girls days like Bridesmaids, The Hangover III, Spy, and the upcoming Ghostbusters that’s currently in post-production! Can’t wait! McCarthy’s epically high pay checks are reflected in her estimated net worth of a monstrous $20 million!

Estimated Net Worth: $5 Million. Jared Padalecki came to fame on the Gilmore Girls and has appeared in such films as New York Minute and House of Wax. All of his hard work in the early 2000s paid off and in 2005 he landed the lead role of Sam Winchester in the Emmy nominated television series Supernatural. The show has also spawned a cartoon version for which Padalecki provided the voice for the animated version of his character. He appears in the winter season of Gilmore Girls: Seasons, and has been heavily involved in his charitable campaign Always Keep Fighting. Their first campaign raised money for To Write Love on Her Arms, which supports people battling depression, addiction, self-injury, and suicide. Jared’s successful television career has earned him an estimated fortune of $5 million!

Estimated Net Worth: $3 Million. This girl is all over the television with hit series like Gilmore Girls, Scandal, and Bunheads. She’s also appeared in feature flicks like the horror film Grace in which her character suffers a miscarriage but tries to carry the pregnancy to term with terrifying results! Eek! Her current work on ABC’s series How to Get Away With Murder has her working alongside the highly acclaimed Viola Davis! Liza’s film and television work has earned her a vast wealth of an estimated $3 million! 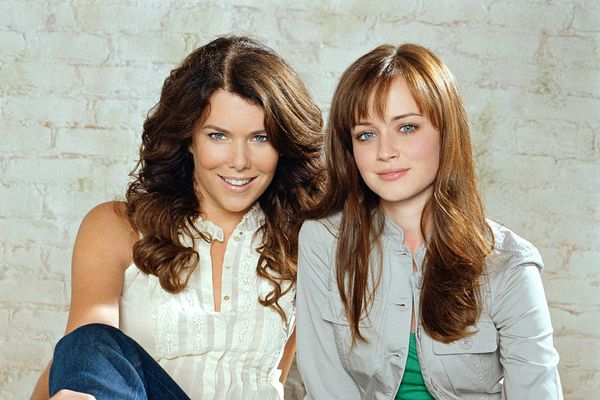