Cast of How I Met Your Mother: Where Are They Now?

How I Met Your Mother followed a group of friends trying to build their careers and relationships in New York City. When the long running CBS sitcom ended in 2014, fans had mixed reactions over the season finale as Ted’s search for the perfect woman ended with him getting back together with ex-girlfriend Robin. The show ended with player Barney as a dad, Marshall and Lily growing their family, and the widow Ted standing outside Robin’s window with a blue French horn. The MacLaren’s gang is still missed and here is a peak at what the actors have been doing since leaving How I Met Your Mother.

Stella (Sarah Chalke) broke Ted’s heart when she left him at the altar and then moved on to another TV series where she appeared as Amy Gazanian in Backstrom. She also plays Beth in the series Rick and Morty.

Jason Segel (Marshall) has moved on from making family friendly TV to filming sex tapes. He played Jay in the movie Sex Tape with Cameron Diaz, which was released last year. His latest film was The End of the Tour with Anna Chlumsky and Jesse Eisenberg and is based on an interview with novelist David Foster and Rolling Stones reporter David Lipsky.

The 28-year-old actress and unnamed daughter of Ted Mosby, Lyndsy Fonseca played Angie Martinelli in the TV series Agent Carter this year. In 2013, she divorced her husband Matthew Smiley after three years of marriage.

Josh Radnor (Ted) is currently filming a TV mini-series called Mercy Street about nurses during the Civil War. Radnor will be playing a minor character, Jedediah Foster. He is also playing Isaac in the play Disgraced at the Lyceum Theatre.

Before listening to how his dad met his mom for nine years, Henrie played Justin Russo in the Wizards of Waverly Place. His latest movie is Walt Before Mickey, which was released this year, and is chronicles the career of Walt Disney. He also wrote and directed a short film in 2014 called Catch. Not bad for having no lines for almost nine seasons on How I Met Your Mother.

When it was over between Zoey (Jennifer Morrison) and Ted, she entered the fairy tale world of Once Upon a Time as Emma Swan. This spring, she advocated for women in Hollywood to treat each other with more respect. She told People magazine, “One of the greatest obstacles that women face in all businesses – not just the industry…is that women aren’t always very nice to women…women somehow seem to be fighting against each other instead of for each other.”

The former star of How I Met Your Mother has been pretty low key since having her last beer at MacLaren’s. She appeared in an episode of Sofia the First and The McCarthys last year. Currently she is working on the film Modern Love with Anthony Rapp and Jonathan Bennett.

After fans faced unbridled disappointment that the mother they had waited nine years for dies, Cristin Milioti (Tracy) left How I Met Your Mother to play Zelda Vasco in the TV series A to Z. She also appeared in The Mindy Project and Fargo.

Barney’s brother from another father is playing the voice of Clover in the TV series Sofia the First. He is also one of the Real Husbands of Hollywood. Last year, he spoke publicly about his struggles with depression.

Vancouver native Cobie Smulders’ (Robin) latest movie Unexpected was released this summer. Smulders plays Samantha, a teacher who becomes unexpectedly pregnant and commiserates with her student who is going through the same thing. The film is based on true events experienced by writer Kris Swanberg, and Smulders was actually pregnant while shooting. Of course she continues to reprise her role in the massive Avengers franchise as Agent Hill.

After ending her long distance relationship with Ted and pursing her career in the baking industry, Ashley Williams (Victoria) portrayed Deputy Lange in A Most Violent Year and is playing Jeannie Gaffigan in The Jim Gaffigan Show. In October, 2014 she gave birth at home to her first child Gus, with husband Neal Dodson.

While wrapping up How I Met Your Mother, Neil Patrick Harris (Barney) released two films. One was Gone Girl, where he gets slaughtered by Rosamund Pike, and then he played moustache obsessed Foy in A Million Ways to Die in the West. This year, he portrayed Chester Creb in American Horror Story. 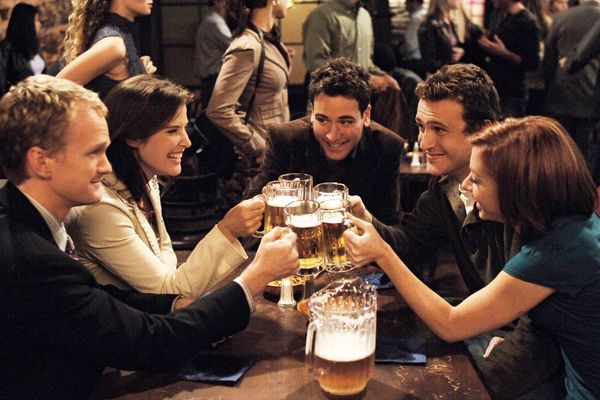 Things You Might Not Know About How I Met Your Mother