Mike & Molly, a CBS sitcom that starred Billy Gardell and Melissa McCarthy, was cancelled on May 16, 2016, after six seasons. The show was about a couple who met in a Chicago Overeaters Anonymous group and fell in love — it had a great mix of seasoned actors alongside some fresh faces, creating a well balanced and diverse cast. Mike & Molly first started back in 2010 and had great success with two Emmy Awards, a People’s Choice Award and Young Artist Award. Since its the anniversary of the series premiere, we’ve decided to take a look at the main cast to see how much they are worth!

Estimated Net Worth: $3 Million. This American actor doesn’t have too long of a resume. His only main television casting has been in the series Mike & Molly from 2010 to 2016 as Vince Moranto. He did have a recurring role in the series High Incident and has appeared on shows like Who’s the Boss?, Family Matters, Married…with Children, Wings, Cold Case and CSI: Miami. In addition to his various television roles, Mustillo has appeared in the following films, but without starring roles: Dudley Do-Right, Just The Ticket, Not Fade Away, One for the Money, Find Me Guilty, Two for the Money, My Sassy Girl and Wishcraft. He’s doing pretty well for himself with a net worth of $3 million!

Estimated Net Worth: $9 million. Swoosie has taken on some award winning roles since she began acting back in the ’60s. She has many theater credits under her belt, as well as television and film — she does it all! Her main castings on television (some of which earned her Emmy nominations) have been Love, Sidney, Sisters, Love & Money, Huff, Pushing Daisies and Mike & Molly. In addition to her larger roles, she’s done small appearances on shows like Nurse Jackie, Rita Rocks, American Dad!, That’s Life, Heroes, Party Girl, More Tales of the City, and American Playhouse — just to name a few. Swoosie has appeared in almost 40 feature and television films with many award nominated roles, like Baja Oklahoma, The Image, And the Band Played On and starring roles in An Englishman in New York, Superman: Doomsday, Bubble Boy, Liar Liar, Citizen Ruth, A Shock To The System, Reality Bites, Stanley & Iris, Vice Versa and Wildcats. With a resume stacked full of starring and leading roles in huge projects, it’s clear Swoosie is a well respected actress! Her net worth definitely reflects this because she’s worth an estimated $9 million.

Estimated Net Worth: Unknown. Not much is known about this actress except that she’s been a member of the Chicago Steppenwolf Theatre Company for many years, appearing in approximately 51 productions! She mostly sticks to Broadway with starring roles in The Rise and Fall of Little Voice, The Grapes of Wrath, Wicked, and August: Osage County, a role that earned her a Tony Award. When it comes to television, she’s only appeared in one Seinfeld episode and took on a starring role in Mike & Molly. Her limited resume makes it hard to determine what her net worth is, but she’s quite active on-stage in successful productions, so she’s probably sitting somewhere around $1 million.

Estimated Net Worth: $1 million. Roy “Reno” Wilson is an actor, comedian and voice actor. He’s best known for his role on The Cosby Show and, more recently, Mike & Molly. Wilson also does multiple character voices in the Transformers franchise. In addition to his starring roles, Wilson has done recurring roles on Heist, Las Vegas, Martin and Coach. He’s also done appearances on Blind Justice, The Chronicle, The Fresh Prince of Bel-Air, Naruto Shippuden, Lincoln Heights, Scrubs and The Philanthropist. Wilson’s main film projects have been in the four Transformers movies, but he’s also appeared in Crank, She Creature, Fallen, R.S.V.P., and Crank: High Voltage. Wilson’s lack of leading roles leaves him with a low net worth, but he’s still doing okay with an estimated $1 million.

Estimated Net Worth: $10 million. Katy Mixon is best known for her roles on Eastbound & Down and the CBS comedy, Mike & Molly. These roles are her only main castings on television, but she’s also appeared on The Looney Tunes Show, Psych, Wilfred, Two and a Half Men and My Name is Earl. When it comes to the film industry, her only starring roles have been in Drive Angry and Take Shelter, but she’s done small roles in All About Steve, Four Christmases, State of Play, The Informers, Finding Amanda and The Quiet. It seems like Mixon hasn’t had many starring roles or built up too long of a resume, but she’s done quite well for herself by starring on two popular series, so she’s now worth an estimated $10 million.

Estimated Net Worth: Unknown. Nyambi hasn’t had many acting roles in his career, he’s pretty fresh on the scene. He started out with a part in the independent film Day Night Day Night and appeared in an episode of Law & Order as well as another independent film alongside James Franco and Josh Lucas, William Vincent. In order to gain a little more experience, Nyambi has also ventured into doing stage work with roles in The Tempest and Coming Home. He got his big break when he landed a main cast role on Mike & Molly. It will be interesting to see where his career takes him next! As of now though not much is known about his net worth and it’s most likely extremely low because he’s just starting out.

Estimated Net Worth: $8 million. Billy Gardell has taken on many different roles in his career — he’s been a stand-up comedian, actor, voice artist and game show host! He’s been active in the comedy world since the late ’80s; however, his biggest television roles have been on Mike & Molly and My Name is Earl. Gardell has voiced characters in the popular projects like Ice Age: A Mammoth Christmas, Gary the Rat, Phineas & Ferb, and Sullivan & Son. He’s also appeared in the feature films You, Me and Dupree, Jersey Boys, Bad Santa and Room 6. However, Gardell’s niche is definitely with television as he’s taken on recurring roles on Judging Amy, Yes, Dear, Lucky, The Practice and Heist. He’s also done one episode appearances in CSI, Bones, Monk, Las Vegas and The King of Queens. Billy’s money-making roles have been voicing characters in animated feature films and his most recent starring role on Mike & Molly. All of his hard work combined has earned him an estimated $8 million.

Estimated Net Worth: $60 million. Melissa McCarthy is no doubt the most famous actor on this list! She’s widely recognized for her comedic roles in huge feature films like Bridesmaids, Ghostbusters, The Boss, Spy, The Heat, This is 40, Identity Thief, Life as We Know It, and The Hangover Part II. In addition to starring on Mike & Molly, McCarthy had a main role on the popular series Gilmore Girls and Samantha Who? She’s also appeared on Curb Your Enthusiasm, Saturday Night Live and Rita Rocks. McCarthy has credits behind the camera as well; she was a screenwriter and executive producer on the films The Boss and Tammy. To top it all off, she started her own fashion line for plus-size women called Seven7. Her clothes are available on the Home Shopping Network and in major retail stores. Melissa’s been doing great comedic films for quite some time now so it’s no surprise her net worth sits at a whopping $60 million! 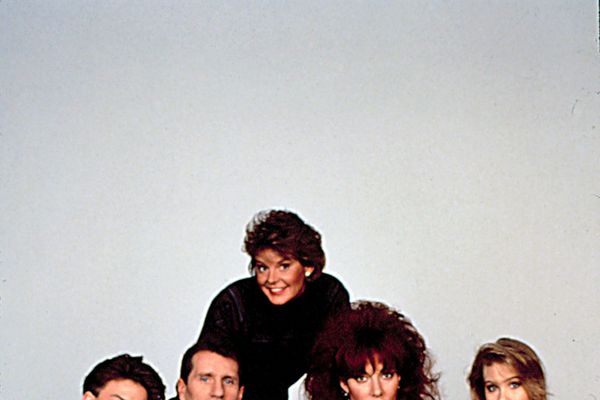 Cast Of Married With Children: How Much Are They Worth Now?