Cast Of National Lampoon’s Christmas Vacation: Where Are They Now?

It’s that time, Christmas time is here…It has become an annual tradition for families to pop in the old DVD of National Lampoon’s Christmas Vacation on Thanksgiving weekend, and throughout December, fully launching the Christmas season. For those who have never seen it, it’s a holiday must, and for those who remember seeing it in movie theaters…can you believe it has been so long since the release? What has happened to the zany cast of characters that offered one of the greatest Christmas movies of all time? Let’s find out.

National Lampoon’s Christmas Vacation wasn’t the first Vacation movie that featured Brian Doyle-Murray. Brian is the older brother of comedy king, Bill Murray, and he has enjoyed quite a career in his own right. One of his early film appearances took place in the original vacation, when he served as the desk clerk at the roadside campground. Yes, the fella eating the watermelon and sending out mailers. In Christmas Vacation, Brian plays Clark’s jerk of a boss, Mr. Frank Shirley. Brian turned 74 earlier this fall, and he’s still working. He’s always working. He voiced several roles on the animated series, Trip Tank and SpongeBob SquarePants and appeared in three episodes of Veep. 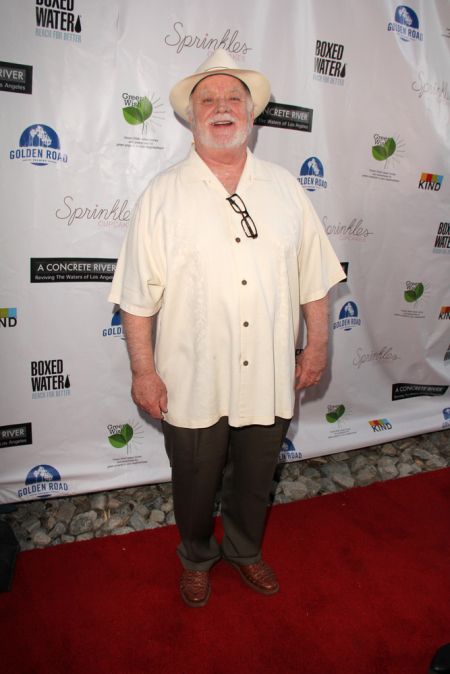 Speaking of Eddie and Catherine, let’s take a swim in the life the world of Randy Quaid. What happened here? Randy Quaid was a beloved actor who possessed supreme comedic timing, but an ability to shake the drama out of any scene. Things got a little ugly after his impressive turn in Brokeback Mountain, then he was suddenly squatting in a former residence with his wife before the two fled to Canada with claims they were fearful for their lives. It seems Randy may have read one too many Internet articles that lured him down the rabbit hole. As it stands, a very Santa Claus looking Randy has returned to the United States, and has stated he just wants to get back to living his life. We’re hopeful that everything gets sorted out. His talent will garner forgiveness from the masses. 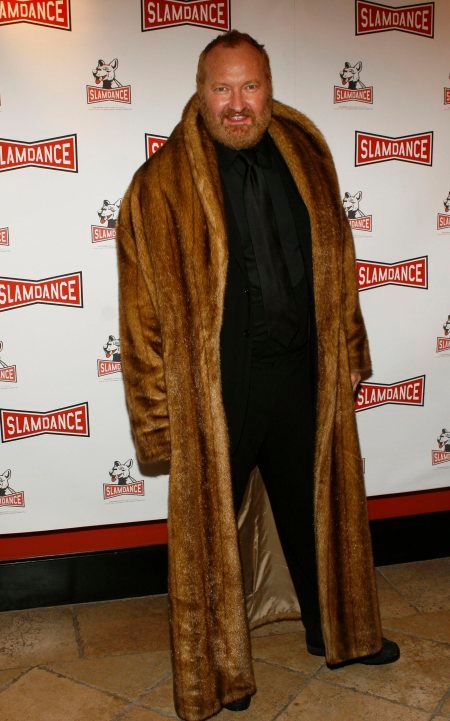 Miriam Flynn was always perfect as the sweet, unassuming, stand-by-her-man, Catherine, in three of the vacation movies, as well as one pretty terrible spin-off starring she and Randy Quaid. Miriam is another actress who has done more than most people realize and has pretty much never stopped working. A classic Midwestern type, she has enjoyed co-starring and recurring roles in several TV series, she has voiced several characters in the world of animation and at present, she’s figuring her next move. As it stands, she has 145 acting credits to her published IMDb resume, meaning she has done even more than is available to the public eye. Regarding her role in Christmas Vacation, all first-time turkey roasters should take her as a perfect example of what not to do when cooking poultry. 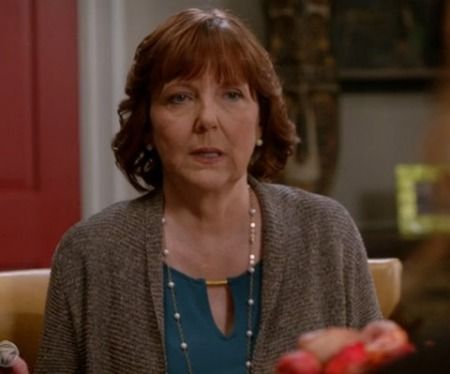 John and Diane played Grandma and Grandpa Griswold, and what an interesting way to cast these two characters. We’ll quickly address John, who passed away in 2004. He worked right up until his death and then left an incredibly, award-winning legacy behind. A veteran of stage and screen, he had a charm that was unparalleled, and it’s evident in Christmas Vacation, when he offers some incredible, fatherly advice to Clark Jr. 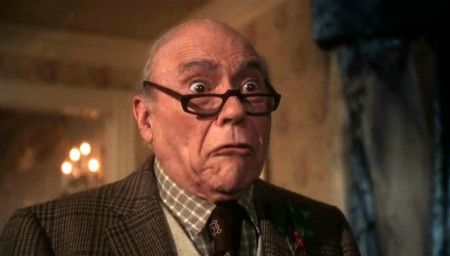 For Diane, being cast as Chevy Chase’s mother was hilarious. To begin, it would be biologically impossible, as Diane is a mere eight years older than Chevy, but with makeup and costuming, it worked. Diane has continued to work since 1989 and has one film being prepped for 2018 release. She is also the mother of Laura Dern. She and ex-husband Bruce offered supreme acting genes to Laura–that’s a lot of talent for one family! 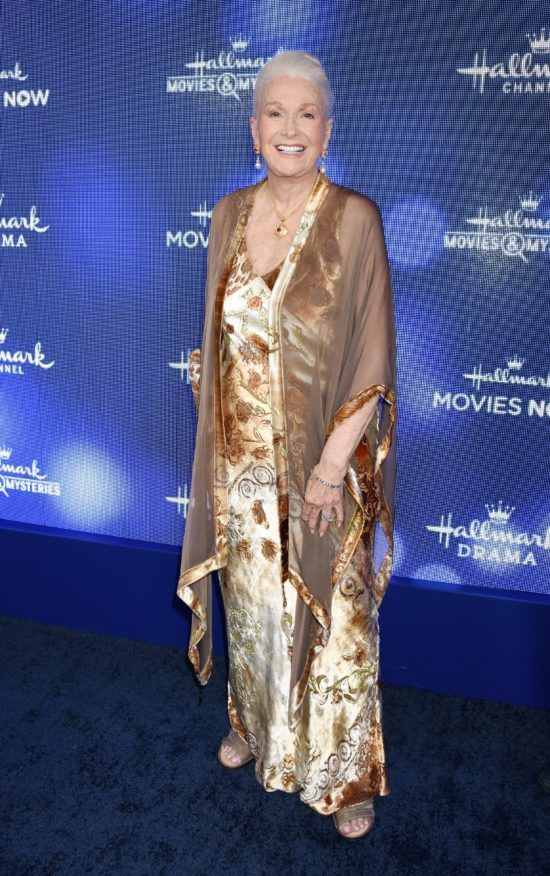 Representing the maternal grandparents, and the mother of Ellen Griswold, we have more stage and screen legends, E.G. Marshall and Doris Roberts. Similarly, this on-screen couple is down to one, as E.G. Marshall passed away in 1998, after enjoying an illustrious career as an actor. He did two seasons on Chicago Hope and continued to work in movies until he passed. 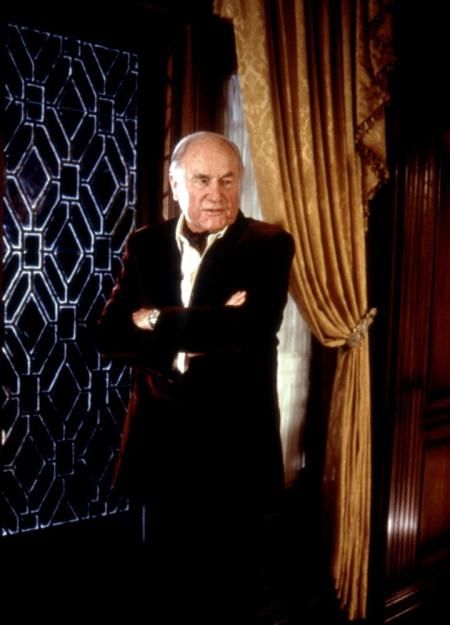 Doris Roberts is a true Hollywood icon who is deeply missed. Doris, of course, is best known for her role on Everybody Loves Raymond, though it is worth noting that she enjoyed a 20-year long career on Broadway before she ever jumped in front of the camera. The beloved star continued to work until her passing in April 2016 at the age of 90 following a stroke in her sleep. 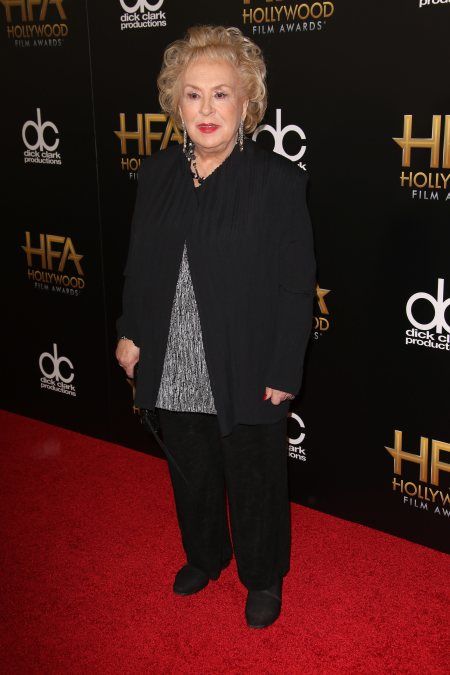 Nicholas Guest was one-half of the Christmas Vacation next door neighbors known as Todd and Margo Chester. It is easily imagined that the time spent shooting the scenes between he and Julia Louis-Dreyfus was a masterclass in comedy improvisation. Nicholas Guest isn’t a household name, but he is a well-recognized voice. He is one of the foremost and well-respected character voice-over artists in the business. He has voiced everything from commercials to animation, while still staying engaged in live action work. An example of his voice work: he offered the voice of the original founder of the Sons of Anarchy, John Teller, for the show of the same name. With nearly 200 credits to his name, it’s easy to say that Nick Guest has carved out his niche. And oh…yeah…he is the younger brother of comedic genius, Christopher Guest. 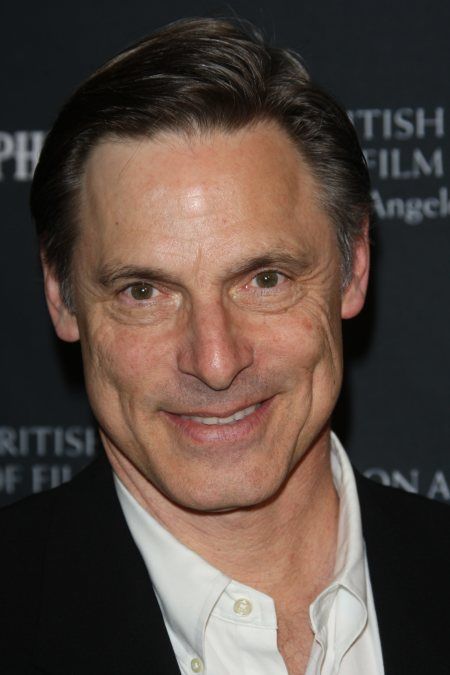 Is there a funnier woman than Julia Louis-Dreyfus? The proof was in the pudding before she graced the set of Christmas Vacation–she was yet another performer who couldn’t be contained by the confines of Saturday Night Live–but the film helped solidify her reputation of being one of the most well-rounded comedic actresses in the history of camera-captured entertainment. We all pretty much know what Julia has been up to since her role in the film, but let’s have a quick review. She went on to enjoy the success of a little show entitled, Seinfeld, then enjoyed her own CBS sitcom, The New Adventures of Old Christine, and now, she’s enjoying another stellar television comedy, Veep, for HBO. Along the way, she enjoyed roles in several films, and even garnered some serious awards buzz for her role in Enough Said, opposite James Gandolfini in one of his final roles. 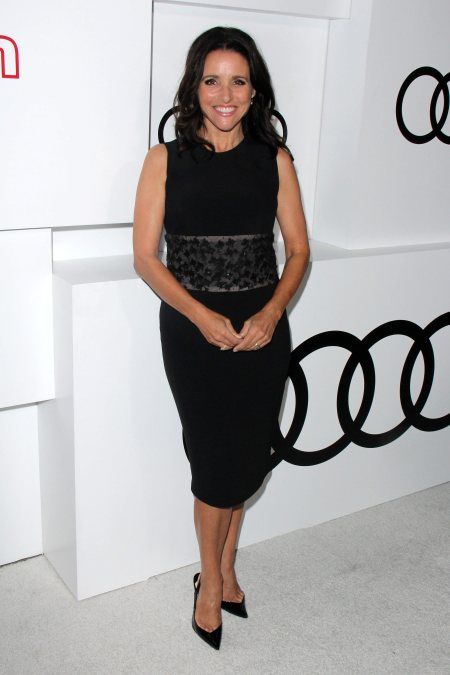 Without Chevy Chase, the popularity of the Vacation movies probably wouldn’t have existed. It might have stood as a Wally World original, but the successes and failures of the sequels…? Reliant on Chevy. He created a lovable screwball in the form of Clark W. Griswold Jr., and the character will likely lead his legacy. Clark even made an appearance in the reboot of the Vacation franchise in the summer of 2015, offering some wonderful advice to son Rusty and his family before they embarked on their own comedy of errors. Since Christmas Vacation, Chevy did Vegas Vacation, played Clark in a credit card commercial, enjoyed 85 episodes of Community…Chevy is Chevy…he works when he wants to. It would be pretty awesome to see the original Griswold family together one more time, but we’re not holding our breath–still, Clark and Eddie together one more time…? 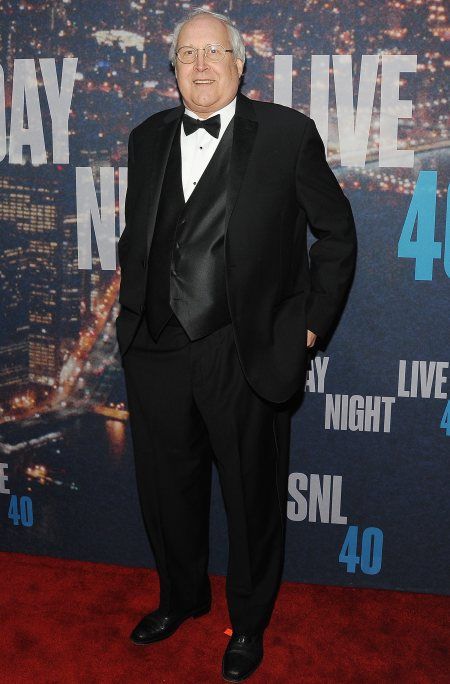 Beverly D’Angelo is one of the most underrated actresses hailing from Midwestern America. She stands at a mere 5’2″, but she has always packed the power of a heavyweight punch. She enjoyed incredible chemistry with Chevy Chase, and together they took the entire idea of the Griswold family and breathed life into it. Like her on-screen husband, she made an appearance in the 2015 reboot of Vacation, looking fantastic in her early 60s. Beverly is another who has worked as often as she has wanted or needed to, and has enjoyed some pretty heavy roles along the way: we’re remembering her impressive turn in American History X (1998). Her stint on Entourage was also quite memorable. At present, she has one film slated for release in 2018, while she’s gearing up for more. For those just coming to know her, check out Hair (1979), and be wowed by her voice. 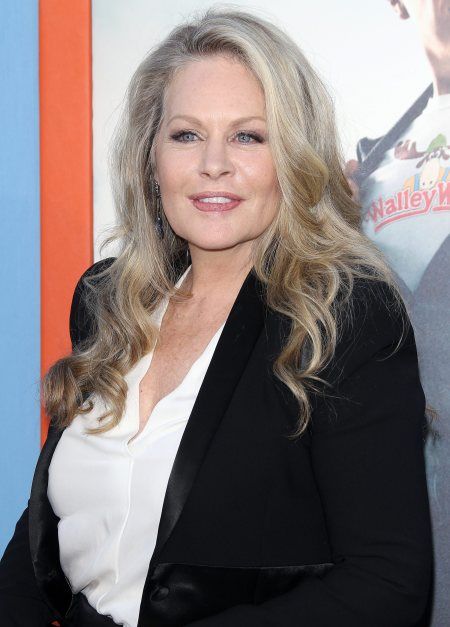 In Christmas Vacation, the role of the Griswold daughter, Audrey, was offered to Juliette Lewis, who took the role and pumped more sass into than had been previously injected. The creative play on her being older, and more mature than Rusty was also a delightful twist for the third film in the series. Juliette jumped from the success of Christmas Vacation into a remake of a little thriller entitled, Cape Fear. She was so good in the role, she scored an Oscar nomination, and pretty much solidified that she’d have her pick of scripts for the rest of her career. Juliette has been exceptionally busy over the past few years, enjoying roles in TV shows, Wayward Pines and Secrets and Lies. We’ll ignore the fact she appeared in Jem and The Holograms in 2015. Like so many of us, she was a fan and was hoping for the best. 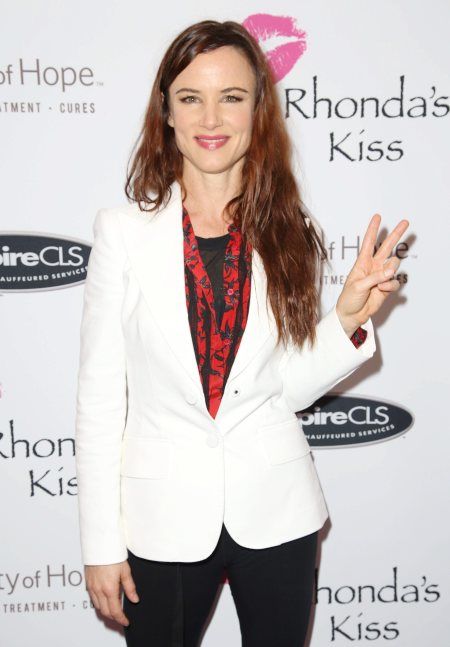 Surely all fans of The Big Bang Theory have seen everything that Johnny Galecki has ever done. If not, there’s a very long, very diverse career to address and get busy watching this holiday season. Johnny is one of those well-adjusted child actors, who is now raking in a cool million per 22-minute episode of an inexplicably popular sitcom. Christmas Vacation served as one of the first roles for Johnny, and he quickly went on to wild success in the business of entertainment. Guest starring roles on Blossom and Hardball led to TV movie roles, then a starring role in American Dreamer. After that show tanked, he was picked up as a starring character for another short-lived TV effort, Billy, before eventually becoming one of the stars of the popular sitcom, Roseanne. 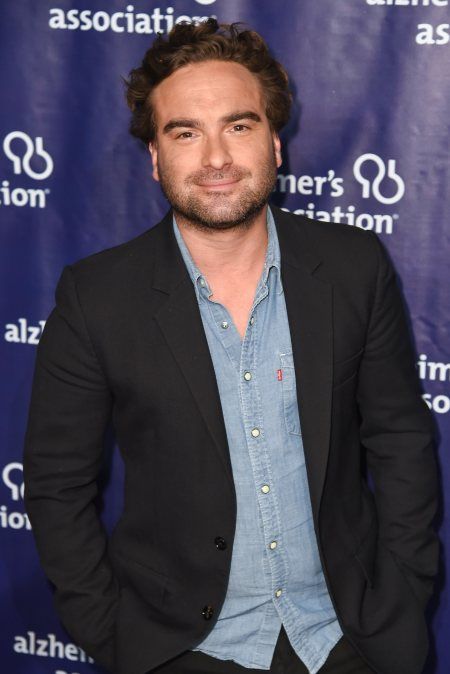 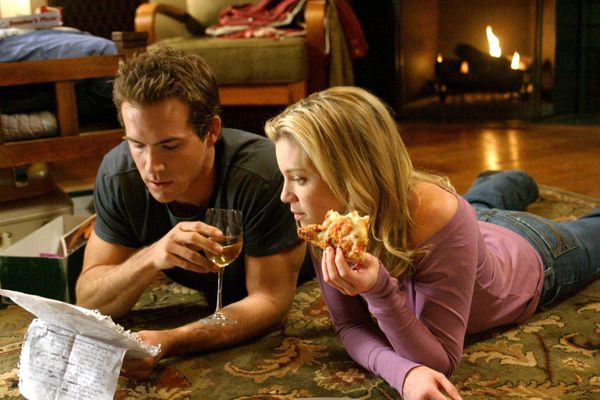