New Girl is a widely successful sitcom on Fox featuring stars like Zooey Deschanel and Megan Fox alongside great comedic actors Lamorne Morris, Jake Johnson, Damon Wayans Jr. and Max Greenfield. The show follows teacher Jess as she moves to L.A. and moves in with three men. It offers a great dose of laughter as it follows this group of friend in their thirties as they try to navigate into mature relationships and career choices. New Girl has been welcomed by critics with rave reviews since it first aired back in 2011. With a sixth season premiering later this year, here’s a look at how much the main cast of New Girl is worth!

Estimated Net Worth: $8 million. Megan Fox isn’t necessarily a main cast member on the sitcom New Girl, but rather was called onto the show to temporarily replace lead actress, Zooey Deschanel while she left on maternity leave. Fox was a huge addition to the show because she holds the coveted claim of being an A-list actress. Lately, she’s more focused on film, but she has also done a bit of work on television with a main role on Hope & Faith and more recently, New Girl. She’s appeared on shows like Wedding Band, Robot Chicken, The Help and Two and a Half Men. She is most famous for her role in the Transformers and Teenage Mutant Ninja Turtles franchise. In addition to these two money makers, she’s starred in features like This is 40, Jennifer’s Body, How to Lose Friends and Alienate People, Friends with Kids, Passion Play and Jonah Hex. Her constant involvement in big projects has earned her an estimated net worth of $8 million.

Estimated Net Worth: $5 million. This comedic actor’s resume is small, but mighty. As the oldest son of Damon Wayans, he fell right into the lap of acting and comedy and he’s done quite well for himself! He’s had three main roles on television: The Underground, New Girl and Happy Endings as well as holding a recurring role on My Wife and Kids. Damon’s recently starred in Let’s Be Cops and How to be Single and will be taking on a voice role for the animated series Big Hero 6: The Series.

Estimated Net Worth: $4 million. Lamorne Morris got his big break when he started hosting the HotWyred on the BET network and a few other game shows like BrainRush. He’s now recognized as an actor, comedian and television personality, but he didn’t start making money for his acting until 2011 when he began starring as Winston Bishop on the popular sitcom New Girl. In addition to acting, Morris has found a lot of work in commercials for big companies like Taco Bell, State Farm Insurance, Twix, 7 Up, Miller Lite, Sears, Chili’s McDonald’s, Microsoft Windows and Ford. He’s appeared in a few small movies, but nothing major. The majority of his income definitely comes from his role on New Girl which isn’t too bad because he’s estimated at being worth $4 million!

Estimated Net Worth: $3 million. This Canadian actress started out working as a television personality, first on HGTV Canada’s show Space for Living and later for MuchMusic as a news presenter and hosting The NewMusic. Once she moved to L.A. she began landing acting gigs like the role of Cecilla “Cece” Parekh on New Girl. She hasn’t appeared in many films, just a few small projects like Lemonade, Flock of Dudes, Oldboy and Miss India America. Her television experience is similarly limited with her only series regular role being on New Girl, but she has also made appearances on other shows like Kojak, Kevin Hill and Beautiful People. Simone has also been a guest judge on So You Think You Can Dance! She’s estimated at being worth $3 million.

Estimated Net Worth: $3 million. Max Greenfield has a little more experience than some of his co-stars. He’s recognized for his recurring roles on Veronica Mars and Ugly Betty and later starring roles on Modern Men and New Girl. Greenfield is a critically acclaimed actor who’s been nominated for a Golden Globe, Emmy, Teen Choice Award and Critics Choice Award for his role as Schmidt on New Girl. In addition to these notable roles, he’s also done a lot of one appearances on successful shows like The Mindy Project, American Horror Story: Hotel, Hot in Cleveland, Happy Endings, Castle, Gilmore Girls, Boston Public, The O.C., and so on. When it comes to the film industry, he’s appeared in projects like About Alex, When Do We Eat?, They Came Together, The Big Short and Hello, My Name is Doris. He’s definitely been busy in his acting career and it’s all paid off because he’s now worth an estimated $3 million.

Estimated Net Worth: $8 million. Johnson did quite a few small television roles before he landed his big breakout role as Nick Miller on New Girl. He first appeared on shows like The Unit, Lie to Me, Curb Your Enthusiasm and Derek and Simon: The Show. He’s appeared in a few films like Get Him to the Greek, 21 Jump Street, No Strings Attached, Neighbors and Jurassic World, as well as starring in Paper Heart, The Pretty One, Drinking Buddies, Let’s Be Cops and Safety Not Guaranteed. Taking a step away from being in front of the camera, Jake Johnson co-wrote and produced the film Digging For Fire. His film appearances and critically acclaimed role on New Girl have been his biggest earners leaving him with an estimated net worth of $8 million.

Estimated Net Worth: $18 million. Zooey started made her film debut in Mumford, after that role she was cast in a series of successful films like The New Guy, Almost Famous, Elf, The Hitchhikers Guide to the Galaxy, Failure to Launch, Bridge to Terabithia, Yes Man, 500 Days of Summer, The Good Girl, and Our Idiot Brother. In addition to acting, she’s also been quite successful as a singer when she released a few albums under the name She & Him and performed in the jazz cabaret act If All the Stars Were Pretty Babies. Zooey is the star and producer of New Girl since the show began back in 2011 and reportedly makes $125 thousand per episode. The role has earned her an Emmy Award nomination and three Golden Globe nominations! In addition to her own sitcom, she’s appeared on shows like Weeds, American Dad!, Bones, and Frasier. Her incredible film career and success on the New Girl has earned her a small fortune of $18 million! 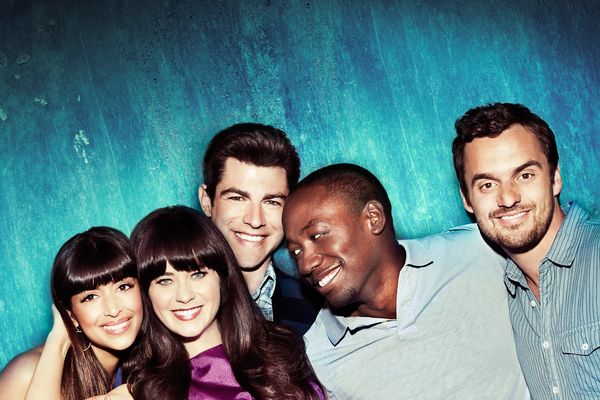