Sabrina, The Teenage Witch was a classic American sitcom back in the day. The whole idea of the show stemmed from the Archie comic book series and told the story of a teenage half-witch who discovers she has magical powers while she is in high school. She lives with her two aunts that are also witches, Aunt Hilda and Zelda and of course, the magical talking cat, Salem. The show premiered back in 1996 and ran for an incredible seven seasons starting on ABC, but switching over to The WB network for the final three seasons. Recently, there have been whispers about the possibility of a Sabrina, The Teenage Witch reboot, which has made fans ecstatic that another favorite ’90s sitcom could be making a comeback. In light of this, we’ve decided to take a look back and find out where the main cast of Sabrina, The Teenage Witch is now?

Jenna Leigh Green was Sabrina’s cheerleading nemisis, Libby Chessler. The 41-year-old actress was only on the show for 75 episodes, but still played an important role. She left the show back in 1999 around the third season. When she left the show she kept working, doing Nikelodeon events like The Big Help and game show Figure It Out, but never managed to pick up any lead roles in film or television. Green has stayed within the realm of television, except for a few small parts in films and television movies, she’s done many one episode appearances in popular series like Bones, Castle, Ghost Whisperer, Cold Case, and E.R. She has been quite focused on building a career in theater with productions like The Who’s Tommy and Wicked.

Elisa Donovan is probably more well recognized for her role as Amber on Clueless, but she also played the character of Morgan Cavanaugh on Sabrina, The Teenage Witch. She is doing quite well for herself since appearing on these shows. She now works as an actress, writer, and producer! Elisa had a main role on Sabrina for three years from 2000 to 2003. She had quite a successful career before joining this show, working on projects like Just Shoot Me!, Clueless, Beverly Hills, 90210, and the popular film A Night at the Roxbury. She has since continued on with her success, she’s backed off from films, but took on a main role in the web series The Lake, had a lead role on the show In Gayle We Trust and played a recurring character on Whole Day Down. She’s also appeared on shows like NCIS, Melissa & Joey and Judging Amy. She got married in 2012 and has a daughter named Scarlett!

David Lascher was Sabrina’s hot boyfriend in college, Josh and it seems as though this was his last big job. His career seemed to peak around this time — he was consistently getting work throughout the ’90s on shows like Hey Dude, Roseanne, Life Goes On, Full House, Beverly Hills, 90210, Blossom, Clueless, but after he appeared on Sabrina, The Teenage Witch for three years from 1999 to 2002 his acting career disappeared. David’s only other listed credits since then have been in 1999 on the television series Two of a Kind and then 15 years later on one episode of Melissa & Joey. We aren’t quite sure what is going on with his career, but it seemed to drop off when he got married in 1999.

This actress has quite a long resume, but she’s still best known for her role as Aunt Zelda on Sabrina, The Teenage Witch. She maintained this role throughout the entire series from 1996 to 2003 and had a successful film and television career before joining the cast. Since the show ended, she continued to work, but hasn’t had any big jobs. Her best roles since were as Kate’s mom on the hit series Lost and as a waitress in the Stephen King series, Under the Dome. She has kept busy exercising her acting skills with appearances on shows like CSI: Miami, The Closer, Supernatural, E.R., Cold Case, Castle, Melissa & Joey and Lone Star. She’s done a few movies, but hasn’t appeared in anything notable. Today she lives in Austin, Texas and works mostly on performing in local theater productions.

Nick Bakay played a very important role on Sabrina, The Teenage Witch as the voice behind the character Salem, Sabrina’s cat. He’s been busy since the show ended as a writer, voice actor, actor, comedian and sportscaster. He’s played various roles since the show ended, he’s appeared on The King of Queens, ‘Til Death from 2007 to 2010 and was a screenwriter for the cartoon series of Sabrina, the Animated Series. He’s continued his career as a screenwriter producing scripts for big films like Zookeeper, Mall Cop (and it’s sequel) and produced episodes for The King of Queens, ‘Til Death, Two and a Half Men and Sabrina, The Teenage Witch. Bakay also writes a weekly column for NFL.com, appears on SportsCenter and ESPN, and does frequent sports segments on the NFL Network. In 2006 he created and voiced a cartoon series called The Adventures of Baxter and McGuire and was even nominated for an Emmy! More recently, he’s been acting as a producer for the television series Mom since his stint with ‘Til Death ended.

Soleil Moon Frye had a fruitful acting career before appearing on Sabrina, The Teenage Witch, working on various shows and maintaining the character of Punky Brewster for much of the ’80s. During college, Soleil was Sabrina’s roommate Roxie. She joined the cast in 2000 and remained until the end in 2003, but since the show ended she’s moved onto voice acting. She is most well known for voicing the character of Aseefa in the animated series Planet Sheen, but she’s also voiced roles for Robot Chicken, The X’s, The Proud Family, and a few Bratz characters. Since recently opened up a boutique in L.A., authored the book Happy Chaos: From Punky to Parenting and My Perfectly Imperfect Adventures in Between, is the host of Home Made Simple on the Oprah Winfrey Network and is currently expecting another child!

Lindsay Sloane was Sabrina’s best friend in high school, Valerie. Lindsay left the show during season 4, but we can’t blame her because she moved onto doing bigger and better things like filming Bring It On, She’s Out of My League, Horrible Bosses and Horrible Bosses 2. In terms of television, after Sloane left the series in 1999, she worked steadily. She’s had main roles on Grosse Pointe, The Stones, and her current position as a series regular on The Odd Couple. But she’s also done tons of one episode appearances on shows like The X’s, How I Met Your Mother, The League, The West Wing, That ’70s Show, and Weeds. She’s now married with one daughter and stars on the CBS series The Odd Couple.

Martin Mull is a seasoned actor. He’s now 72-years-old, and has continued to maintain a successful career. He played the loveable character of Principal Kraft on Sabrina, The Teenage Witch from 1997 until 2000. Before appearing on the show he had a great film career and had appeared on many television shows, and since then he’s kept up the hard work! He played recurring characters on The Ellen Show, Danny Phantom, Arrested Development, American Dad!, Two and a Half Men, ‘Til Death and Life in Pieces. He’s also been involved in  a few movies, but definitely remained more focused on a television career as of late and did more appearances on hit series like Community, Psych, Law & Order, and Reba. Martin Mull is no doubt one of the more successful actors to have graced the Sabrina sitcom.

Nate Richert held the long-time role of Harvey Kinkle on Sabrina, The Teenage Witch as Sabrina’s love interest. But since his time on the show he hasn’t been able to maintain an acting career. The only credits he has to his name since after in a few small television movies like Fantasy Island and Touched By an Angel and a film called Gamebox 1.0 alongside Boy Meets World star, Danielle Fishel. That’s about it though! We aren’t quite sure where Nate is now, but he’s definitely not on the acting scene.

This Canadian actress is a well recognized face in Hollywood as a comedian, model and actress. She has managed to maintain a successful career since her time as Hilda Spellman on Sabrina, The Teenage Witch, and much of that has been on reality television. She was the original host of the successful show The Biggest Loser, hosted the talk show The Caroline Rhea Show and appeared on Celebrity Blackjack and Kathy Griffin: My Life on the D-List. Caroline’s done a few movies since the sitcom ended like The Perfect Man, Christmas with the Kranks, and Love N’ Dancing, but she’s focused more on television with her biggest roles on The Suite Life of Zack & Cody, Sordid Lives: The Series and voicing a character on the animated Disney series Phineas and Ferb (as well as the movie).

Melissa Joan Hart was the queen of sitcoms back in the ’90s with lead roles on Clarissa Explains it All and Sabrina, The Teenage Witch. Today, she’s is credited as a fashion designer, businesswoman, actress, producer, director and singer. She’s a jack of all trades! She hasn’t done many films, but rather has focused more on television with with one episode appearances on shows like Law & Order, The Mysteries of Laura, and a lead role on the hit series Melissa & Joey! In 2009 she opened a candy shop in California, but after being hit with a lawsuit back in 2011, she shut it down permanently in 2015. She also did a recent stint on Dancing with the Stars and started a fashion line called King of Harts with her husband, with whom she shares three children. 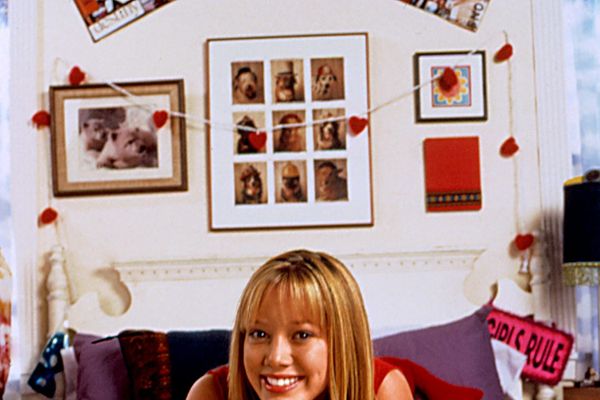