In typical Shonda Rhimes fashion, Olivia Pope is one of the biggest baddest female bosses on television right now. The star of ABC’s political drama series, Scandal, tells the story of an illicit affair between Olivia Pope and the president of the United States and all the inner workings of her crisis management team as they take on high profile cases dealing with matters surrounding the White House. To make things even more interesting the co-executive producer of the show is George W. Bush’s former administration press aide, Judy Smith. It’s been four years since Scandal first premiered, now into season 6 we’ve decided to take a look back at how far the cast has come and see how much they are worth now:

Estimated Net Worth: $20 million. Portia de Rossi, born as Amanda Lee Rogers is an Australian model and actress married to comedian and talk show host Ellen Degenres. Portia has a ton of acting credits to her name, her biggest roles have been on Arrested Development, Ally McBeal, Better Off Ted, Nip/Tuck and her current role as Elizabeth North on Scandal. She was also a part of the main cast on the early series Too Something and Nick Freno: Licensed Teacher — both only lasted for 22 episodes. She’s appeared in a bunch of television movies, the most notable was America’s Prince: The John F. Kennedy Jr. Story and done a few films, but nothing major. Her biggest was Cursed in 2005. Today her estimated net worth of $20 million comes from her leading roles on television, and she’s probably worth even more as she and Ellen DeGeneres register as a powerful A-list couple! 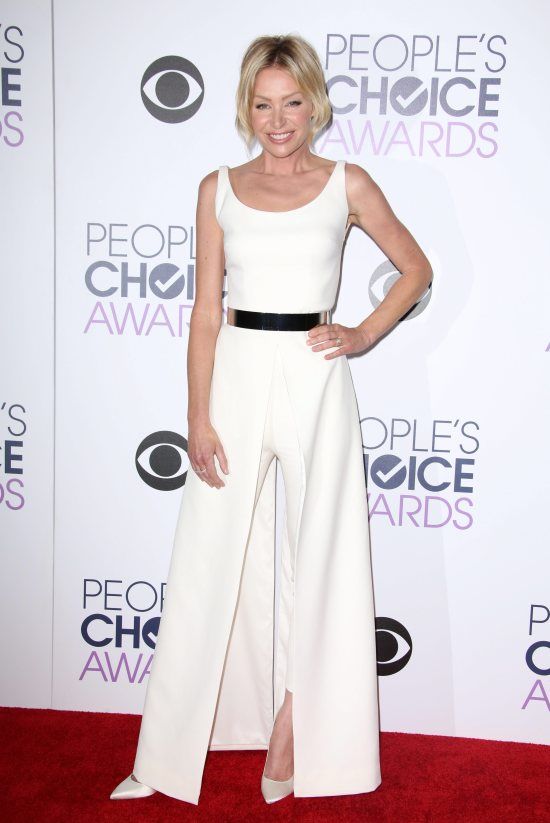 Estimated Net Worth: $1.5 million. Joshua Malina’s biggest roles have been on The West Wing, Big Shots, In Plain Sight, and of course on Scandal as David Rosen. He’s had numerous guest appearances on popular series like American Horror Story: Murder House, Law & Order: SVU, Bones, House M.D., Numb3rs, The Big Bang Theory, Private Practice, CSI: Miami, Bones, Grey’s Anatomy, and many more! He’s also done a couple big feature films like Just Friends, View from the Top, Stargate-SG-1, and The Good Guys. His biggest roles and presumably the most profitable have been on The West Wing as Will Bailey and his current role on Scandal. Today, Joshua Malina has an estimated net worth of $1.5 million. 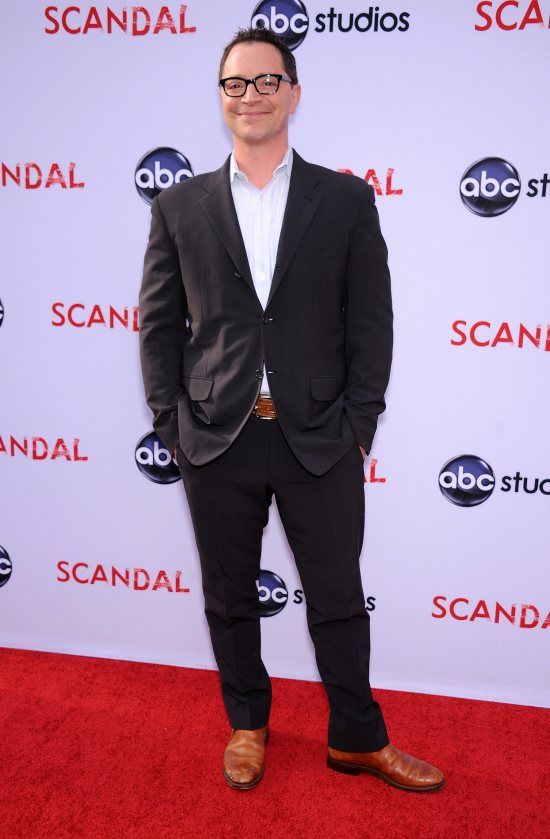 Estimated Net Worth: $800 thousand. This American actor has an extensive resume with a ton of film credits, his most recognizable roles have been in Half Baked, 200 Cigarettes and Stonewall. He’s only had two series regular roles on television, his first was on the series Mercy as Nurse Angel Garcia, and currently as Huck on Scandal. He’s had a number of recurring roles on shows like Law & Order, Cane, Poor Paul, Weeds, Love Bites and Poor Paul and one episode appearances on shows like Criminal Minds, The Sopranos, ER, Party of Five, Without A Trace and The Shield. Diaz’s lack of leading roles in film and television is why his worth is so low, but regardless he’s still doing pretty well for himself with an estimated net worth of $800 thousand! 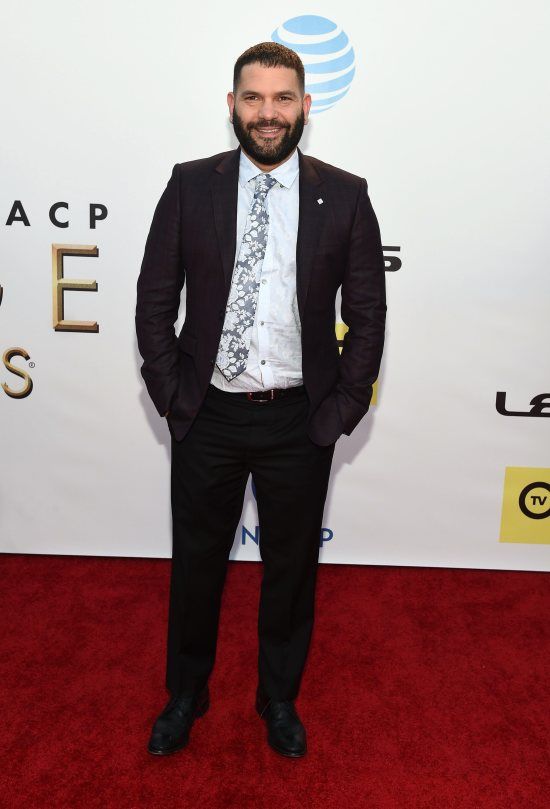 Estimated Net Worth: Unknown. Bellamy Young is so much more than just the First Lady on television, she’s also a theater actress and producer! Today she’s most famous for her role as Melody Grant on Scandal, a role that earned her a critics choice award for best supporting actress, but she’s also been an executive producer for the films like Simple Things and The Cottage. She’s also appeared in many films, but nothing to major at the box office. Her TV career is extensive as well with recurring and series regular roles on shows like: Another World, For the People, Scrubs, CSI: Miami, Dirty, Sexy, Money, and Criminal Minds. She’s also done appearances on shows like Supernatural, Ghost Whisperer, Castle, Law & Order, Private Practice, Two and a Half Men, and many, many more! Her net worth is largely unknown, but considering her producing credits and series regular roles we estimate she’s somewhere around $3 million. 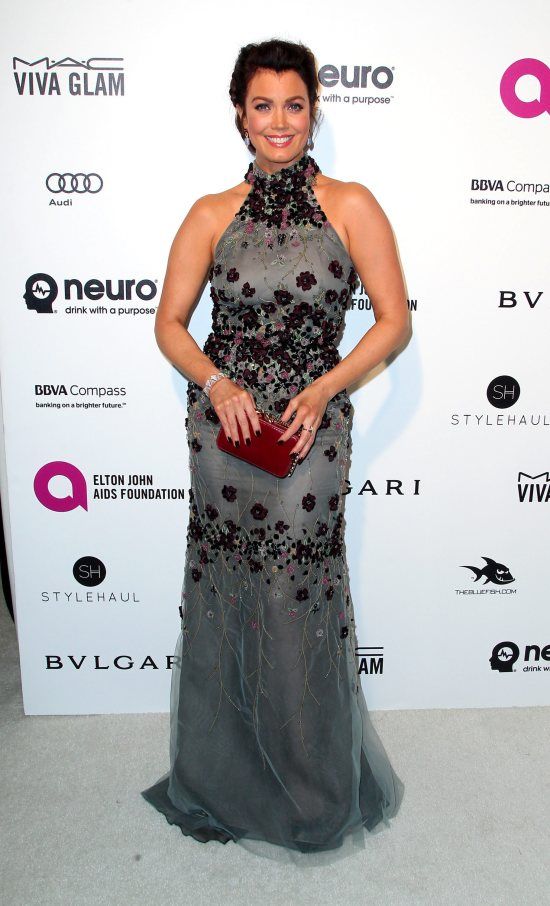 Estimated Net Worth: $2 million. Darby Stanchfield has captivated audiences not only in her role as Abby Whelan, but also as April Green on Jericho and Helen Bishop on Mad Men. This actress has an extensive career on television with three notable leading roles, but also recurring roles on General Hospital, NCIS, Exes & Ohs, Castle and guest appearances on shows like Without a Trace, 24, Nip/Tuck, Cold Case, Private Practice, The Ghost Whisperer, and more! She’s dabbled a bit with a film career, her first lead role in a film was The Square Root of 2, and she has a few in post-production, but no major feature films. The majority of her $2 million net worth comes from her series regular roles, especially Scandal. 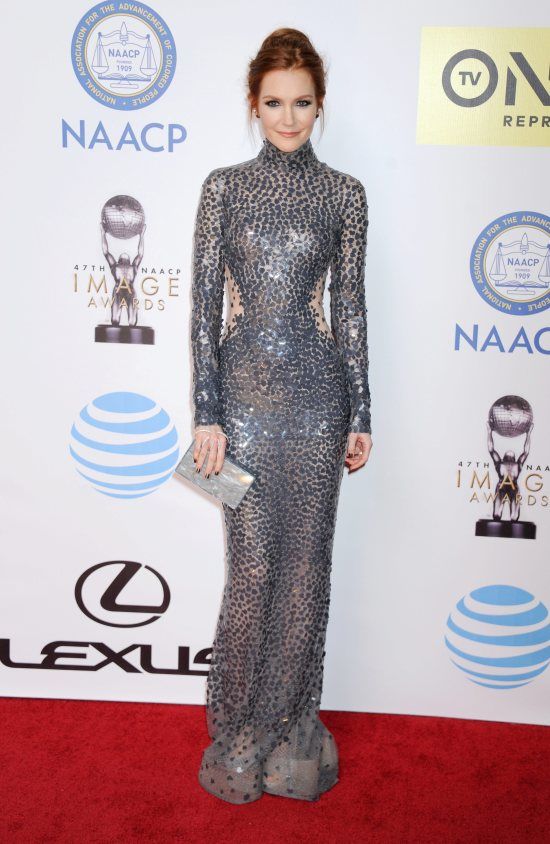 Estimated Net Worth: $2 million. Katie Lowes has played the role of Quinn Perkins since the show began back in 2012. It’s not her only series regular role, she’s also had an important role in the series Easy Money back in 2008-2009. The rest of her television credits are one episode appearances on shows like The Sopranos, Without a Trace, NCIS, Ghost Whisperer, Castle, Private Practice, Grey’s Anatomy and The Closer. She’s done a few films, most of them were direct-to-video and didn’t make it to the box office. But she’s done some notable voice acting for feature films like Wreck-It Ralph, Frozen, Big Hero 6 and Zootopia. Her voice acting and series regular role on Scandal have contributed the most to her overall income leaving her at a nice net worth of $2 million. 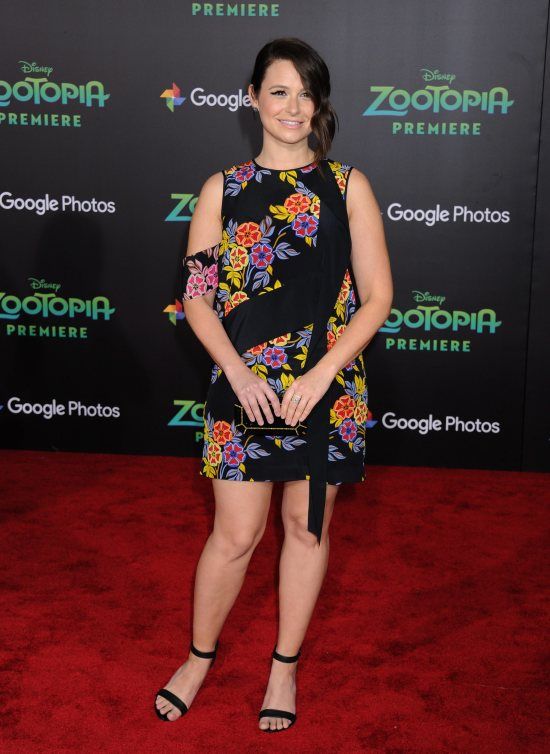 Estimated Net Worth: Unknown. Jeff Perry is well known for his roles on television, film and on-stage. He’s got a huge list of acting credits, but he’s probably most well recognized for his main role on Scandal as the deceiving Cyrus Beene, also he’s had recurring roles as Thatcher Grey on Grey’s Anatomy, Harvey Leek on Nash Bridges, Chicago Hope, Prison Break and L.A. Law. He’s done a ton of guest appearances on series like Cold Case, Crossing Jordan, Fringe, CSI: NY, CSI, Saving Grace, Lost, The Practice, The West Wing, and the list goes on. His biggest film credits are in the thriller Wild Things with Kevin Bacon, The Grifters, and Hard Promises. Today his net worth is largely unknown, despite his long list of credits he doesn’t have many leading or main roles which is probably why his net worth is unknown, but if we had to guess it’s around $1 million. 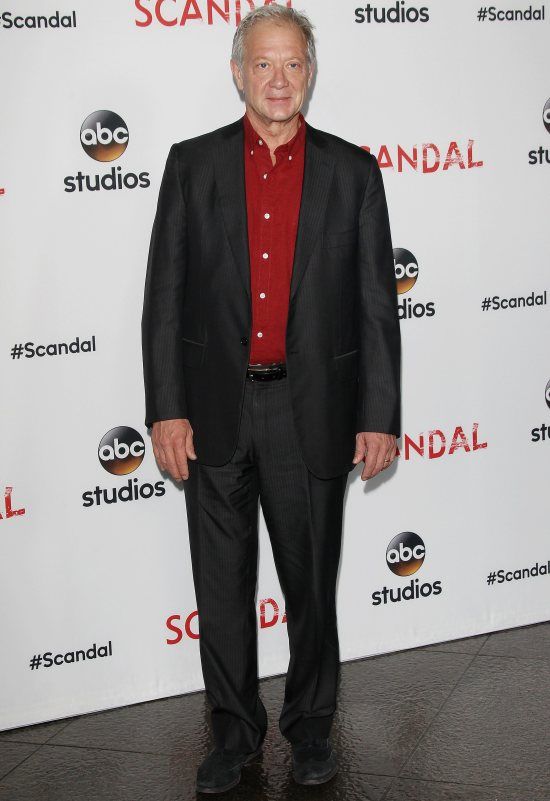 Estimated Net Worth: $5 million. Scott Foley is an actor, director and screenwriter. He’s had a ton of main roles on television series, starting with The Unit, A.U.S.A., The Goodwin Games, Felicity and Scandal. He’s appeared in some films, his biggest role was in Scream 3 back in 2000. He was a writer, director, and producer for the film Let’s Kill Ward’s Wife. Foley’s not big on one episode appearances, he’s got more recurring roles than he does cameos. He’s done numerous episodes on shows like Dawson’s Creek, House, Scrubs, Grey’s Anatomy and Cougar Town. He’s appeared in numerous television films and done a few episode appearances on Repeat After Me, Goldie & Bear, Law & Order and House. Scott stacked resume of main and leading roles leaves him with one of the biggest net worth’s on this list at $5 million! 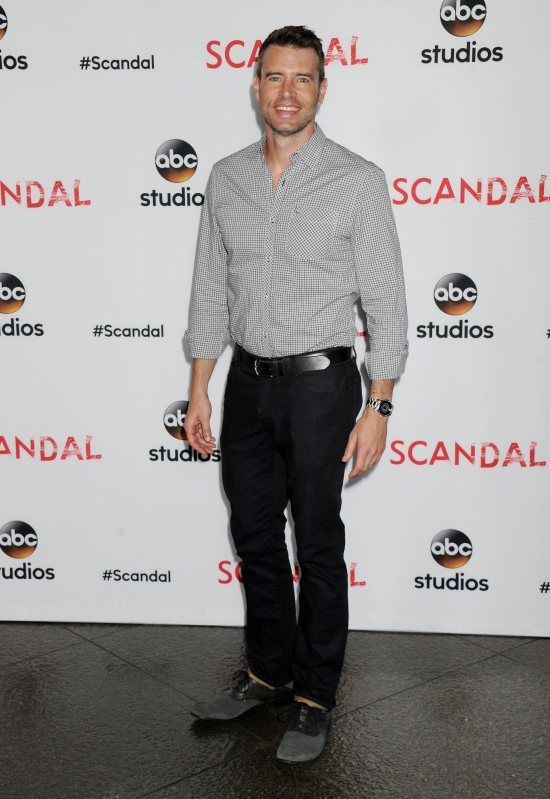 Estimated Net Worth: $4 million. Tony Goldwyn is not only an actor, but also an experienced director. On Scandal alone he’s directed at least 69 episodes! He’s also directed numerous episodes on huge shows like Grey’s Anatomy, Dexter, The L Word, and Justified. He’s been the producer for films like A Walk on the Moon, Conviction and The Divide. Now onto his acting…Goldwyn’s appeared in over 35 films, his most notable roles (to name a few) have been in The Last House on the Left, Divergent, the voice of Tarzan, Joshua, Ghost, Nixon, and The Last Samurai. Scandal is his first main role on television, but he’s also appeared in numerous television movies and series like, Law & Order, Drop Dead Diva, The Good Wife, Dextor, Without A Trace, Frasier, and The L Word. We aren’t convinced he’s only worth $4 million. It’s probably higher, but it’s also important to note that he’s married and has two children which might deplete his earnings slightly. Overall he’s been quite successful we’d say! 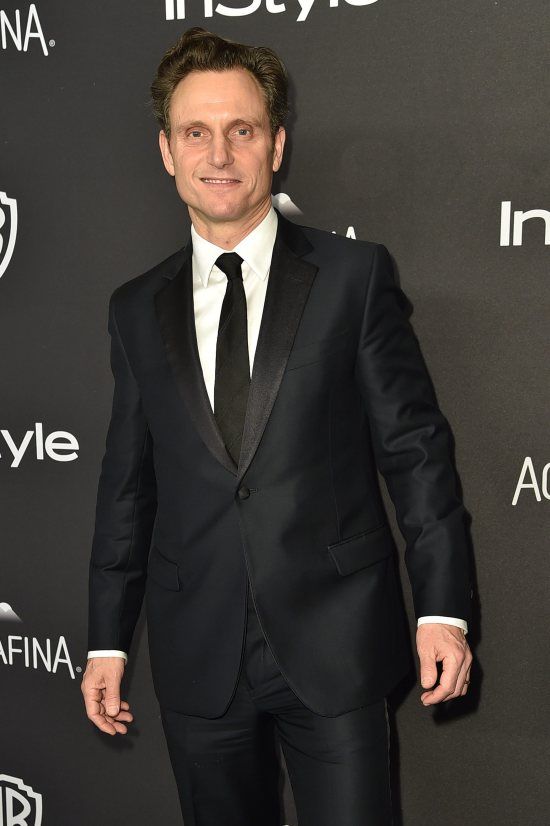 Estimated Net Worth: $8 million. Kerry Washington is the leading lady in Scandal as Olivia Pope, a role that’s changed her career forever thrusting her into the spotlight. Before she became one of the reigning queens of Shondaland, she was well recognized for her role in the films, Ray, Fantastic Four, Django Unchained, Peeples and Save the Last Dance (and many more) and the independent films Our Song, The Dead Girl, Mother and Child and Night Catches Us. She’s also appeared on shows like NYPD Blue, Law & Order, The Guardian, Boston Legal — hosted Saturday Night Live, appeared on Project Runway and the miniseries Black Panther. Her role on Scandal is definitely her biggest money maker as she reportedly makes $800 thousand per episode! Now into the sixth season, Kerry Washington’s career is at it’s peak and she’s worth an estimated $8 million. 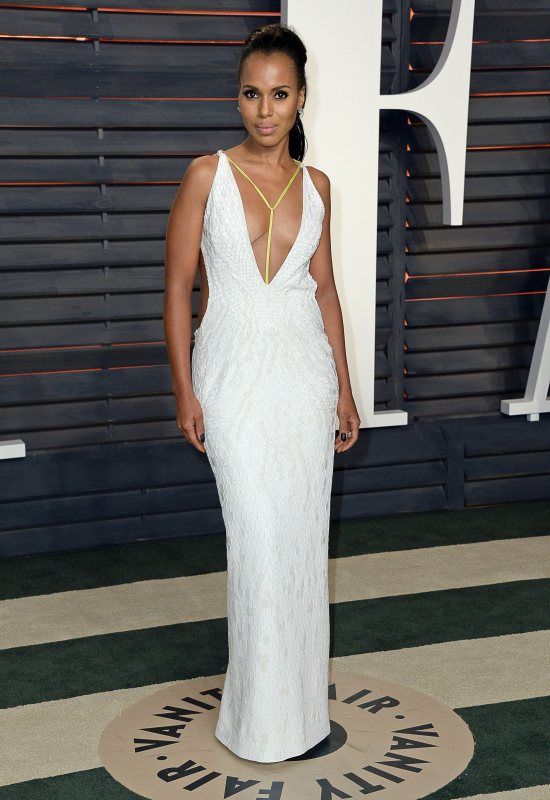 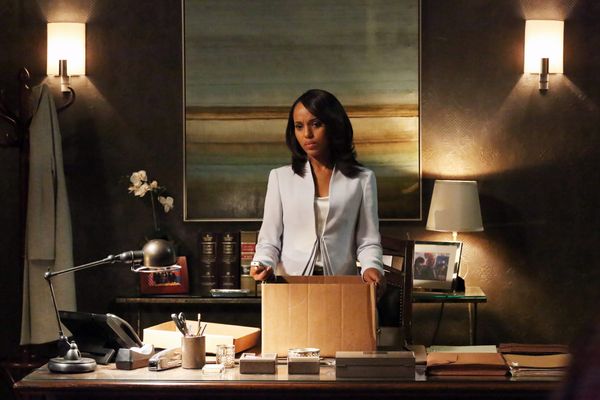 10 Things You Didn’t Know About Scandal