Cast Of The Baby-Sitters Club: Where Are They Now?

The Baby-Sitters Club was a widely popular novel series about a group of friends who lived in the fictional town of Stoneybrook, Connecticut. The girls created a clubhouse to run their baby-sitting club and one summer decided to start a full blown summer camp! In 1995 the books were turned into a family comedy drama film and despite a low ranking at the box office, the movie received a lot of positive reviews. The Baby-Sitters Club now goes down in history as a favorite cult classic from the ’90s, and shockingly, it’s already been 21 years since the movie was first released! Find out which stars from The Baby-Sitters Club went on to become successful actors and those who faded from the spotlight to pursue other interests.

In the character of ‘Cokie’ Mason was actress Marla Sokoloff, the mean girl of the group who was constantly trying to ruin the summer for Kristy and her friends. The last we saw of her is when she’s falling from a tree into a garbage pail! Prior to appearing in The Baby-Sitters Club film, she held the role of Gia Mahan on Full House and appeared on the comedy show, Step by Step. Sokoloff continued with acting and her career has thrived. She held a recurring role on Party of Five as Jody Lynch, a regular role on Over the Top and Big Day and another recurring role on The Fosters. She’s best recognized for her main role as Lucy Hatcher on The Practice. She also did brief stints on Desperate Housewives, CSI: New York, Melissa & Joey, Grey’s Anatomy and Hot in Cleveland, as well as appearing in a handful of small film projects. Marla has come a long way from her babysitting days — she’s now a mother of two girls named Elliotte and Olive!

This hunky actor portrayed the character of Luca, the 17-year-old love interest of 13-year-old Stacey McGill on The Baby-Sitters Club. Prior to taking on that role, this German-born actor had appeared on Saved By The Bell: The News Class as Brian Keller in the second season. Since the film wrapped up, he continued acting on both television and in films. He does quite a bit of international acting within the German movie industry, but his last big American role was in the 2009 film Tribute where he co-starred alongside Brittany Murphy.

Zelda played the character of junior sitter Jessie Ramsey and she grew up to be quite smart! Before appearing on The Baby-Sitters Club, Zelda Harris was already a child star as she held roles in the in the Spike Lee movie Crooklyn as Troy and did an episode of the television series, I’ll Fly Away. Right after The Baby-Sitters Club movie ended, this New York born actress moved into a main role on the television series, Second Noah and another film called He Got Game. She appeared on 413 Hope St., Cosby and NYPD Blue, but as she got older she became more focused on her education. In 2007 she graduated from Princeton University and left the entertainment industry. In an interview with Princeton Magazine, Zelda commented that she lost interest in acting because of the lack of positive roles for black women. However, in 2014 she reemerged with a few small roles on television.

Vanessa Zima was one of the youngest actresses in The Baby-Sitters Club! She was only 8-years-old at the time and played the character of Rosie Wilder, one of the children the girls looked after as part of their ‘Baby-Sitting Club.’ After the film wrapped up she quickly moved onto a role in the television series, Murder One, and did a few film roles in projects like Wicked, Ulee’s Gold and The Brainiacs.com. Zima is now almost 30 years old and it seems her child stardom hasn’t quite blossomed into acting career. Her latest roles were back in 2011 in the thriller The Absent and 2013 film The Manson Girls. Prior to those latest films, she did a few one episode appearances on shows like Judging Amy, House and Scandal, but it’s now been three years since we last saw her on-screen.

Mallory was a junior member of The Baby-Sitters Club, but since leaving the series, Stacy Linn Ramsower stopped acting all together. Her character on The Baby-Sitters Club, Mallory Pike, had big aspirations as she worked on her first novel. She tried to continue on with acting by taking on a role soon after in big films like Tank Girl and The Quick and the Dead. She also appeared on the Nickelodeon show Hey Dude as Noelle. But, it seems she was only meant to be a child star! Ramsower has reportedly left the acting industry and is now working as a yoga instructor.

How could we forget Claudia’s song and dance to help her study and remember that the brain is the “center of the chain.” We all felt bad for her as she was stuck in summer school while the rest of the gang enjoyed their summer. But it seems like her sing-a-long routine helped because her Facebook page shows she has a degree in dance from Fullerton College and a second degree in criminal justice from California State University. Joe hasn’t had any significant acting credits since The Baby-Sitters Club finished; it seems she no longer has an interest in acting. She still resides in Los Angeles where she is originally from.

Larisa Oleynik played the tree-hugging environmentalist Dawn Schafer on The Baby-Sitters Club. She was also well recognized for her starring role on the Nickelodeon series The Secret Life of Alex Mack. Her biggest career advancement came a bit later when she landed a huge role in the film 10 Things I Hate About You as Bianca Stratford, the love interest of Joseph Gordon-Levitt’s character. Back in the day, Oleynik was dubbed one of America’s favorite 15-year-old’s and a prominent teen idol. Lately, she’s continued with her acting career by appearing in big projects like Mike & Molly, Fairly Legal, American Dad! and Robot Chicken. She had recurring roles as Jenna Kaye on Hawaii Five-O, Maggie Cutler on Pretty Little Liars and as Cynthia Cosgrove on Mad Men.

Bre Blair, also known as Stacey McGill on The Baby-Sitters Club, was the typical blonde beauty who spent a lot of her time chasing after older guys. Today, the 36-year-old Canadian-born actress has continued to act with some more roles on huge shows like 90210, Hawaii Five-O, The Ghost Whisperer, Grey’s Anatomy, The O.C., Castle, Two and Half Men, NCIS: Los Angeles and Prime Suspect. Blair held recurring roles on shows like Make It or Break It, We Are Men, Game of Silence, The Unit and What About Brian. She’s also dabbled more in the film industry with roles in Cherry Falls, Ball Don’t Lie, a starring role in Small Town Saturday Night, and as Lisa in Last Vegas.

This actress was the lovable tomboy out of the group, also known as Kristy. She was the one who convinced all the girls it was a good idea to run a summer camp at the age of 13! Back in the day she was not only known as a key member of The Baby-Sitters Club, but also as the daughter of actress, Sissy Spacek and production designer, Jack Fisk. Schuyler continued to act with a few more film roles in Orange County, Snow Day and American Gun. She did two stints on television by appearing in an episode of One Tree Hill in 2005 and Law & Order in 2006. More recently, Schuyler is still somewhat focused on her acting career with a few gigs here and there, but more so on her music. She’s now a singer-songwriter with two albums, Blue Ribbon Winner (2011) and The Good Stuff (2009). Her album The Good Stuff made it to the number one spot on the iTunes Folk Chart and she’s even toured with fellow folk artist, Ben Taylor (who is the son of James Taylor). After a five year hiatus from the acting scene she appeared in the film Restless in 2011 and The Best of Me in 2014. In 2012 she married artist Chapman Bullock.

Rachael Leigh Cook has easily become the biggest star out of all the actresses from The Baby-Sitters Club. After the film wrapped up, she went on to star in prominent projects like She’s All That alongside Freddy Prinze Jr., Get Carter, Nancy Drew, Stateside, Texas Rangers, Carpool and Josie and The Pussycats. The early 2000s were huge for Cook as she was quickly becoming a rising star, but lately her career has hit a lull with only direct-to-DVD projects. In total, she’s appeared in over 40 films which is still quite impressive. Cook has done a bit of work in television as well with recurring roles on shows like Las Vegas, Robot Chicken, Psych and a main role in Titan Maximum. Back in The Baby-Sitters Club days, Cook was cast as Mary-Anne, the book loving babysitter who was besties with Kristy Thompson. More recently, Cook has revamped her career by taking on a role on the show Perception as Kate Moretti. She married fellow actor Daniel Gillies in 2004 and they have two children, Charlotte and Theodore. 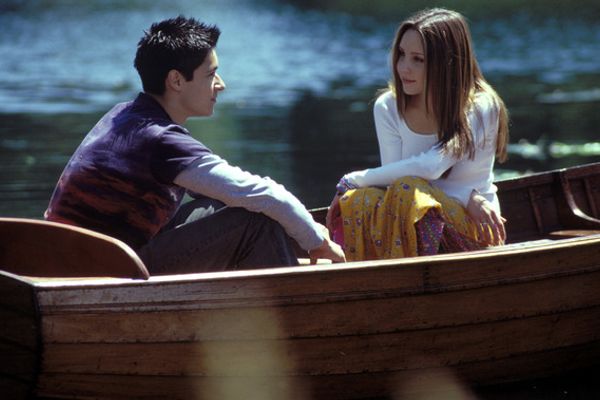 Cast Of What A Girl Wants: Where Are They Now?