It’s been an astounding twenty-three years since The Little Rascals’ movie premiered on August 5, 1994 and won the hearts of everyone with the cast’s adorable antics! The plot originally came from a television show of the same name, but the swoon-worthy rendition made in the ’90s was completely unforgettable. Although we wish this bunch of little rascals could stay young forever, follow along as we track where Alfalfa, Darla and the entire “He-Man Woman Hater’s Club” has gone since they took the screen together back in 1994:

Despite being Alfalfa’s biggest competition for Darla’s heart, we can’t help but love Waldo after he sang “Love Was Made For Me And You” at the county fair talent show with Darla. Blake McIver Ewing, who played Waldo, seems to be doing quite well nowadays and is a host on The People’s Couch on Bravo and can also be famously remembered as Michelle’s friend Derek on the sitcom Full House. He also pursued his dreams of breaking into the music industry and recently released the single “This Is Who We Are” off his debut album The Time Manipulator.

Sam Saletta played Butch in The Little Rascals and was the reigning town bully of the film! Since his time on set of The Little Rascals, Seletta went on to pursue both acting and music! He’s garnered credits in Recess, The Kids From Room 402, 7th Heaven, and Rocket Power and even voiced characters for the game Call of Duty: Black Ops. He also pursued his dreams of becoming a musician and joined the band Jubala.

No one can forget Froggy’s name-appropriate croaky voice in the film! He went on to appear on the sitcom Grace Under Fire and then followed with a few guest television appearances and roles in Carpool (1996), Milo (1998), The Modern Adventures of Tom Sawyer (1998) and The Specials (2000). He also voiced roles in the animated series Hey, Arnold! and Rocket Power. He hasn’t taken on any acting roles since 2006 but has allegedly attempted to launch a career in stand-up comedy.

Zachary Mabry was only three years old when he began filming The Little Rascals and turned four during the movie shoot! He played Porky, Spanky’s younger brother, and his stint on Little Rascals was his only acting appearance! Mabry now resides in Dallas, Texas where he works as an accountant for American Airlines. The star once opened up on MySpace and shared that his memory of working on the film is faint, but he does remember filming the scene where Alfalfa is on trial for burning down the club house. Mabry admitted he remembered he kept playing a trick on Bug Hall’s character by pulling  a piece of his chair out so he’d fall right through which was entertaining for him, but not so much for the producers!

Ross Bagley played the infamous pickle-loving Buckwheat on The Little Rascals and went on to star as “Nicky” Bans on The Fresh Prince of Belair for two seasons. He also re-teamed up with Will Smith in 1996’s Independence Day. He went on to study film production at California State University. He once reminisced on the film and stated, “I’ve been teased endlessly about Buckwheat, but I take it in stride because most of the people who might have something to say are actually fans of my work, so it’s actually a compliment. Plus I have a pretty smart mouth so I can tag them back pretty easily if it gets too crazy.”

Kevin Jamal Woods played the adorable rascal Stymie in the film! Following his debut, Kevin went on to play the role of Frank on Blossom and played in the 2000 film TheBraniacs.com. He’s been relatively low key in the Hollywood scene but graduated with a degree in 2009 then went on to pursue a career in the music industry at Media Market Research Firm.

Travis Tedford played Spanky, the president of the “He-Man Woman Hater’s Club” and Alfalfa’s second in command. Following  his role in The Little Rascals, Travis continued in acting and appeared in Slappy and the Stinkers (1998), The Thirteenth Floor (1999), and the remake of Freaky Friday (2003). “I was typecast pretty hardcore and wasn’t given a lot of roles because I looked too much like Spanky,” he shared on Reddit.com. “That’s why I never did any huge projects after Little Rascals. It’s like Seinfeld when everyone wants George Costanza [rather than Jason Alexander].

At five-years old, Brittany Ashton Holmes stole viewers (and Alfalfa’s!) hearts when she played the adorable Darla. Flash forward 23 years and Ashton Holmes is allegedly pursuing a political science degree in LA, has married and has officially left Hollywood behind for good. She took on a few small roles including in 1996’s Inhumanoid and Humanoids from the Deep, but has expressed clearly that acting is not for her. “I was [an] actress when I was little and did this movie called Little Rascals. It’s, like, really embarrassing to watch and I don’t want to act anymore,” she once posted on MySpace.

Brandon “Bug” Halll played Alfalfa on set and was known for his iconic hair style parted down the middle with one individual cowlick sticking straight up in the air! The young Alfalfa was captivated by Darla and the two had an adorable romance play out on screen complete with serenading tunes and romantic boat rides. Since his time on screen, Bug Hall has stayed active in the world of Hollywood and his credits include The Big Green (1995), The Stupids (1996), Honey We Shrunk Ourselves (1997), Skipped Parts (2000), Footsteps (2000), Mortuary (2005) and American Pie Presents: The Book of Love (2009). Although many will be dismayed to hear that Hall didn’t go on to marry Brittany Ashton Holmes, he did recently share photos of himself looking quite happy walking down the aisle with his new wife! 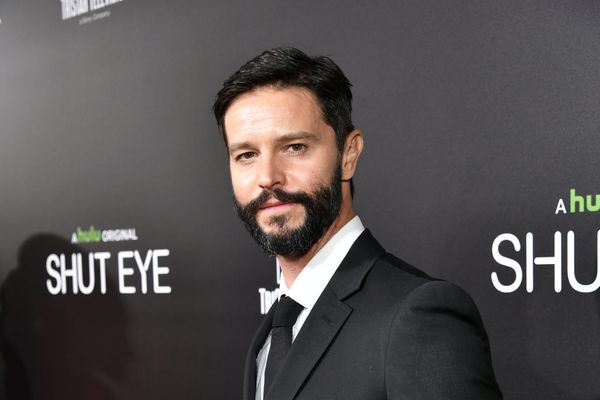 Cast Of Roswell: Where Are They Now?