Two and a Half Men was one of the most successful sitcoms of recent years. When the series debuted in September of 2003, it quickly became one of the most popular shows on TV with a unique plot and an amazing cast. Over the 12 seasons of the show, quite a few stars came and went, and even through a lot of drama and controversy and bringing in a whole new lead, the show continued to do very well until it came to an end in February of 2015. Two years later, check out much the cast is worth now:

Estimated Net Worth: $3 Million. Amber Tamblyn got her start in Hollywood at only 12 years old when she began her role as Emily Bowen Quartermaine on the hit soap opera General Hospital. She added more television roles to her resume with small parts in Buffy the Vampire Slayer, Boston Public, and The Twilight Zone before getting her breakout film role in 2002’s The Ring. Now, Tamblyn is best known for her starring roles in The Grudge 2, and The Sisterhood of the Travelling Pants franchise. Following Charle Sheen’s exit from Two and a Half Men, Tamblyn was cast as his character’s long lost and unknown daughter, Jenny Harper. Tamblyn ended up starring in 24 episodes of the series and became the “female version” of her father in the series. Now she has 49 acting credits to her name and an estimated net worth of $3 million.

Estimated Net Worth: $8 Million. To many, comedian Ryan Stiles will always be known for his long-running spot as one of the stars of Whose Line Is It Anyway? He is also best known for his role as Lewis Kiniski on the beloved sitcom The Drew Carey Show from 1995-2004. While not much was seen from Stiles on TV after The Drew Carey Show came to an end, he did land a recurring role as Herb Melnick on Two and a Half Men from 2004-2015, appearing in 30 episodes. Over the course of his career, Styles has made an impressive estimated net worth of $8 million.

Estimated Net Worth: $2 Million. Actress Jennifer Bini Taylor began her career as a beauty pageant contestant before moving on to acting. She landed small roles in films such as Wild Things, Holy Man, and The Waterboy as well as many small television roles, and gained more recognition with bigger roles in Rumor Has It… and Burn Notice. Her most well known role, however, was in Two and a Half Men as Chelsea. She appeared in 36 episodes from 2003-2015 and was most recently seen in the series Mom and Shameless. Despite few major roles, Taylor still has an estimated net worth of $2 million.

Estimated Net Worth: $8 Million. Courtney Thorne-Smith began her career in 1986 when she got her first role in the film Lucas. She quickly gained more roles in films and TV series including Revenge of the Nerds II: Nerds in Paradise, Day by Day, and got her big break starring as Allison Parker on Melrose Place. To many TV fans, she is best known for her roles as Georgia Thomas on Ally McBeal from 1997-2002, and as Cheryl on the sitcom According to Jim from 2001-2009. From 2010-2015 she starred in 51 episodes of Two and a Half Men as Lyndsey Mackelroy and has made an estimated net worth of $8 million.

Estimated Net Worth: $5 Million. Melanie Lynskey began acting when she was only 15 years old and has gone in to have a very notable career in both television and films. Her first role was in 1994’s Heavenly Creatures and she went on to star in more popular films including Ever After, Detroit Rock City, Coyote Ugly, Sweet Home Alabama and Flags of Our Fathers. Undoubtedly, Two and Half Men would not have been the same without Lynskey in the role of Rose who is obsessed with her neighbor Charlie Harper. With many roles already under her belt, Lynskey continues to add to her success and her estimated net worth of $5 million.

Estimated Net Worth: $3 Million. After graduating from Tisch School of the Arts’ Graduate Program, Marin Hinkle began her career with a role in the soap opera Another World. She went on to appear in films such as I Am Sam, The Next Big Thing, and starred in the short-lived series Once and Again. Now, she is best known as Judith Harper, Alan’s ex-wife on Two and a Half Men, and now appears as Dr. Miller on the new acclaimed series Speechless. Thanks to her consistent work in the entertainment industry, Hinkle as made an estimated net worth of $3 million.

Estimated Net Worth: $18 Million. Holland Taylor is an iconic actress who began her career in both Broadway and Off-Broadway productions. Her first on-screen acting role came in an episode of Love Is a Many Splendored Thing in 1971, and went on to appear in several series including Beacon Hill, Kojak, and Bosom Buddies, just to name a few. It is impossible to list all of the actress’s incredible roles, but one of her best was as Evelyn Harper on Two and a Half Men from 2003-2015. With 108 acting credits to her name and such a prolific career, Taylor has now made an estimated net worth of $18 million.

Estimated Net Worth: $7 Million. It might be surprising to find out that Conchata Ferrell has 126 acting credits to her name, but it is true. Starting her career in 1974, Ferrell spent nearly 30 years landing numerous small roles in film and television, but finally became well known in 2003 when she began her role as the hilarious Harper housekeeper, Berta, on Two and a Half Men. Ferrell starred in the entire series and earned a reported $150 thousand per episode helping her to an estimated net worth of $7 million.

Estimated Net Worth: $160 Million. Ashton Kutcher needs no introduction as one of the top A-list actor of the past two decades. As many know, after starting as a model, Kutcher moved into acting with his iconic role as Michael Kelso on That ’70s Show. It didn’t take long for Kutcher to move into film roles with leads in Down to You, Dude, Where’s My Car? and Just Married. He has since starred in several films and in 2011 took over as the lead star of Two and a Half Men after Charlie Sheen’s exit and now stars on the Netflix series The Ranch. He ended up making upwards of $800,000 an episode for Two and a Half Men which added greatly to his unbelievable estimated net worth of $160 million.

Estimated Net Worth: $15 Million. Angus T. Jones began his career in commercials before the age of five and then moved into television roles making his first on-screen appearance in the 1999 film Simpatico. He went on to appear in See Spot Run, The Rookie, and Bringing Down the House before landing the lead role of Jake Harper on Two and a Half Men. He eventually tried leaving the series, citing his religious beliefs, and for many years was the highest paid child on television. Now, Jones has turned away from acting for the most part, but can afford to do so with an estimated net worth of $15 million.

Estimated Net Worth: $65 Million. Jon Cryer began his acting career in 1984, but it wasn’t until two years later when he appeared in Pretty In Pink that he got his big break. The role opened the door for many more films and television roles, but he is still best known for his role as Alan Harper on Two and a Half Men for the show’s entire run. For many years, Cryer was the second highest paid TV actor right behind the show’s leads Charlie Sheen and then Ashton Kutcher. Regardless, Cryer made a lot of money from the series and now has an estimated net worth of $65 million.

Estimated Net Worth: $20 Million. Over the years, Charlie Sheen has become one of Hollywood’s most infamous stars. Sheen’s breakout role in 1984’s Red Dawn led to many more film roles in Lucas, Ferris Bueller’s Day Off, Platoon, Young Guns, and Major League, just to name a few. In 2003 he took on the starring role as Charlie Harper in Two and a Half Men, and despite a huge public battle and controversy with the show’s creator which led to his exit, he had no problem bouncing back with the series Anger Management. While Sheen has been paid very well over the years, his estimated net worth remains at $20 million due to problems with his syndication deal for Anger Management, as well as paying up to $110,000 to two ex-wives per month, as well as extensive child support. Since his HIV revelation, he has also claimed that he has spent more than $10 million settling with former partners who threatened to take his HIV positive status public. 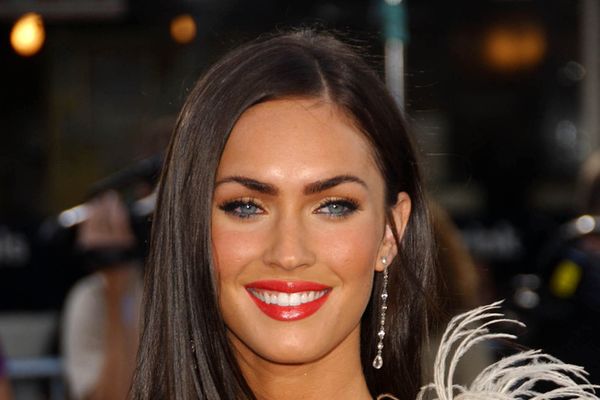