Celebrities Who Will Get Pregnant In 2019

Every year, Fame10 predicts who will get pregnant the following year and so far we’ve had a pretty good success rate! For 2018, we accurately predicted that Chelsea Houska, Carrie Underwood, Jana Kramer and Megan Markle would get pregnant. For 2019, we have some new pregnancy predictions – will we be right again? Only time will tell!

Justin Timberlake has said that he and Jessica Biel have plans to expand their family. Although they haven’t given a date for when they’re going to try for a second child, it seems like 2019 could be the year. Silas is three now so, if they want a sibling that is close in age, now is the time to start trying!

Blake Lively has always been open about wanting to have a large family with Ryan Reynolds. The couple currently have two children together, James and Ines, and it’s been a couple of years since they welcomed Ines into the world. We definitely expect Lively to announce that they are expecting their third child in 2019.

Lauren Conrad said in the past that she wants two children but no more than that and right now she only has one, Liam, who is one and a half years old. We think that next year she’s going to announce that she’s expecting her second. That way the two will be close in age!

Kylie Jenner is reportedly already trying for a second child with her boyfriend, Travis Scott. It’s been less than a year since she had Stormi, so she clearly wants to have her children be in close in age. Kylie will be pregnant in 2019. There’s no doubt about it!

Mandy Moore recently married Dawes singer Taylor Goldsmith and she has said in the past year that she is looking to start a family sooner rather than later. We think that 2019 will be the year she announces she’s expecting her first child.

Priyanka Chopra and Nick Jonas got engaged this year after just two months of dating, so it’s clear that they are clearly on the fast track. A source recently told Us Weekly that the two can’t wait to have children. We expect these two to walk down the aisle in the new year and announce that they are pregnant soon after.

Princess Eugenie’s mom, Sarah Ferguson, has said that she’s excited to become a grandmother, which can only mean one thing – Eugenie and Jack Brooksbank are planning on having little royal babies! It wouldn’t shock us at all if these two announced in 2019 that Eugenie was carrying a little bundle of joy.

Nikki Reed and Ian Somerhalder welcomed their first child, a daughter named Bodhi, in the summer of 2017. Somerhalder has said in that the past that he wants more than one child, so we think it’s just a matter of time before they have another.

Chrissy Teigen wants more children and her hubby, John Legend, is on board with whatever his wife wants! Now that’s a good husband! The couple currently has two children, Luna and Miles, so we completely expect these two to reveal that they are expecting their third child next year.

Cheryl Burke really wants to become a mom and now that she’s engaged to Matthew Lawrence, living together and planning a wedding, we think these two will announce that they are expecting after they tie the knot in 2019.

According to Adam Levine, he and Behati Prinsloo want at least five children, which would be a lot for most people, but apparently not for them. They currently have two daughters, Gio Grace and Dusty Rose, so these two are definitely going to have another and we think 2019 is the year that it will happen.

Leighton Meester and Adam Brody are so private about their relationship. We didn’t even find out that she was pregnant with Arlo until she was about ready to pop. Arlo will be four-years-old next summer, so we think these two are probably planning on having at least one more – and they’ll want to do that while Arlo is still young. 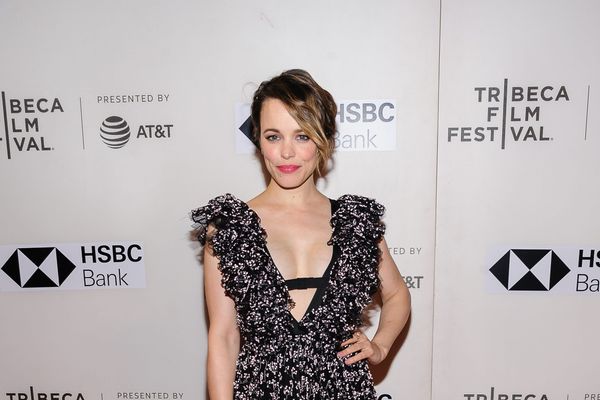 Celebrities We Didn’t Expect To Get Pregnant In 2018