Everyone is used to older men hooking up with younger women but, for some reason, people don’t seem as accepting of older women dating younger men! Some women in Hollywood don’t seem to care about that, though! Instead of following conventions, these older women have decided that younger men are the way to go! We have collected a list of 14 female celebrities who like to date younger men!

Since splitting from Guy Richie, Madonna has been involved with a string of younger men! In fact, most of these men have been half her age! First there was Jesus Luz who was 23 at the time; then there was 24-year-old Brahim Zaibat; and, right now, she is currently dating 26-year-old Timor Steffens. Apparently Steffens is friends with Madonna’s 13-year-old son Rocco, which makes sense – they are close in age!

Sharon Stone spent a good part of 2012 dating a man who is 27 years her junior. Martin Mico is a 28-year-old Argentinian who met Stone at a Vogue Brazil party. According to Stone, she regularly gets pursued by men in their 20s. Makes sense to us! With her stunning good looks and svelte figure, she looks about half her age!

Mariah Carey is married to Nick Cannon who is about 10 to 11 years her junior. The two married after a six-week courtship and no one thought it would last! However, Carey and Cannon are still going strong after five years of marriage and they have twins together, Monroe and Moroccan. To show their commitment to each other, the couple renews their vows each year.

Despite the ten-year age gap, Julianne Moore has been with director Bart Freundlich since 1996. The couple has two children together and decided to marry back in 2003. According to Moore, she decided to marry the much younger Freundlich because of some advice from a therapist. “I had a therapist who said marriage is really a container for a family and that made sense to me.”

After breaking up with her husband of 10 years, Paul Nassif, Adrienne Maloof has been getting back into the game with some younger men! First she was caught with Rod Stewart’s son who was 32 at the time and now she is dating Jacob Busch, the 24-year-old heir to Anheuser-Busch.

Vivica A. Fox has a reputation for going for younger men! Fox was engaged to Omar “Slimm” White – who was about 20 years her junior – for about 10 months until both parties called it off. Instead of settling for 20 something men, Fox is now looking to date someone between the ages of 30 to 35 and she is completely okay with people calling her a cougar – in case you were wondering!

Ivana Trump has been known to date and marry men who are much younger than she is. Since divorcing Donald Trump back in 1992, Ivana has remarried twice. In 2008, she married Rossano Rubicondi who was more than 20 years her junior and, although the couple divorced within the year, they are rumored to be back together.

Halle Berry dated Gabriel Aubry who is nine years her junior and the two of them have a daughter together, Nahla. While they were still an item, Berry claimed that Aubry “kept her young.” Unfortunately the relationship could not last! Rumor has it that the relationship ended when Aubry strayed with a younger woman.

Jennifer Aniston dated John Mayer  – who is eight years younger than she is. The two met at an Oscar party in 2008 and began dating shortly after. The relationship was pretty on-again off-again and after several months of dating the two parted ways back in 2009. Aniston is currently engaged to Justin Theroux who is only two years her junior.

Eva Longoria definitely seems to prefer younger men! She married Tony Parker who is seven years her junior, but divorced him after discovering that he had been unfaithful. After Parker, Longoria dated Eduardo Cruz – Penelope Cruz’s younger brother – who is 10 years her junior  – and then she dated Mario Sanchez who is 12 years younger than she is.

Sam Taylor-Wood began dating Aaron Johnson in 2009 after meeting on the set for “Nowhere Boy.” The couple became engaged in October 2009, welcomed two daughters in 2010 and 2012 and married in June 2012. To show their commitment to each other, they have both changed their last names to Taylor-Johnson. Despite the 22 year age gap, these two seem committed and in love! Apparently it was Johnson’s idea to start a family and, at the time, he was only 18!

Robin Wright was in a relationship with Sean Penn for 21 years and after that ended she began dating Ben Foster who is 15 years her junior. These two have been together for almost two years and sources say that Wright is quite happy with this relationship, especially after her tumultuous marriage to Penn. Wright and Foster are reportedly engaged as well. Maybe age is just a number!

After splitting from Marc Anthony, Jennifer Lopez jumped into a relationship with Casper Smart, one of her back up dancers who is eighteen years her junior! According to Lopez, she and Smart are just living in the moment and, in spite of everything, he has helped her heal after her split from Anthony. Considering that Lopez hasn’t really aged a day since she was about 25, maybe this relationship does make sense! 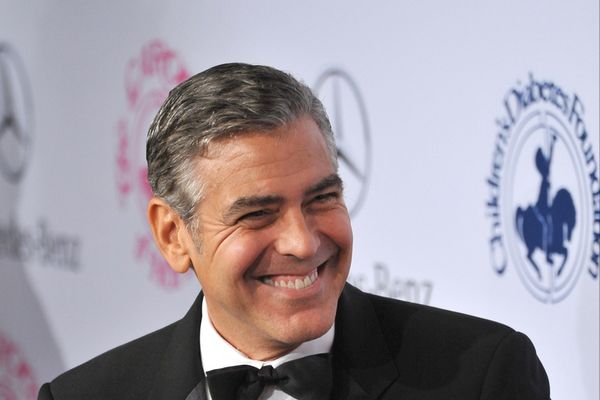