The music industry is a tough place to make it, especially when dealing with all the politics that go on behind the scenes at record labels and between artists. It’s not all pleasantries and handshakes — sometimes things get nasty as relationships sour and deals are broken. When it comes to the music industry, these kind of feuds are never just brushed off, especially when there’s big money on the line. Here’s a look at country music’s 10 nastiest lawsuits!

Travis Tritt went to court with his former record label, Category 5, in order to gain control of his music. He signed with the independent label in 2006 and released one album, The Storm, but the label folded shortly after. There were a lot of allegations that the chief executive officer, Raymond Termini, illegally used Medicaid funds to finance the label. A month later, Tritt took Category 5 to court and filed a $10 million lawsuit against the record label because they failed to pay royalties on the album and hadn’t given him creative control. The two were locked in litigation for a long six years and eventually Tritt got control of the masters of the album and re-released them in 2013 on his own label, Post Oak, under the title The Calm After…

Garth Brooks and Lisa Sanderson were once really good friends as she was once the CEO of his television and movie production company, Red Strokes Entertainment. The company folded in 2010, and in 2013, Sanderson sued the country legend for over $400,000 claiming she was not properly compensated for her work and was owed retirement money. She cited numerous times that she worked hard to line up major deals, only to have Brooks turn them down. According to her suit, she was entitled to 50 percent of the producer fees and if Red Strokes closed (which it did) she was entitled to $250,000. He then followed up with a suit against her for $226,000 — a sum that he claimed was lent to her for a custody battle she was going through between 2005 and 2007. Their battle was taken to court where a jury ruled in favor of Brooks. Sanderson now owes Brooks $226,000, plus interest, legal fees and collection costs! Ouch!

Former American Idol winner Scott McCreery was sued by his former manager, Todd Cassetty, in 2014. McCreery had hired Cassetty in 2012, but their contract was never finalized. The two ended up parting ways in 2013, but Cassetty claimed McCreery owed him over half a million dollars for his work during that time period. Of course, McCreery said that the amount was outrageous and his mother and business manager, Judy McCreery, was also a defendant in the case for her role in supposedly delaying the payment to Cassetty. The matter was settled in court where Cassetty won, but the amount was lowered. McCreery was ordered to pay Cassetty $239,000 in back fees — case closed!

John Rich of the musical group Lonestar and duo Big & Rich was engaged in numerous legal battles back in 2009 due to a disagreement with aspiring country singer, Jared Ashley, former winner on Nashville Star. Back in 2008 Ashley accused Rich of assaulting him when he went to Rich’s private club, so Rich fired back and sued Ashley for defamation. The case against Rich was eventually dismissed by a judge, but things got even more weird when Rich said he believed Chris Sevier, who served as Ashley’s attorney in the case, was trying to extort money from him. Rich and Sevier have a heated past. They were once engaged in a legal battle over copyrights and Rich had filed several restraining orders against him after Sevier continuously tried to contact him and send emails. In the emails, Sevier referenced Rich’s children and sent a photo of himself half-naked, draped in an American flag and covered in blood. Rich eventually had him arrested for stalking!

In 2012, Kenny Rogers filed suit against Capitol Records seeking $400,000 as a result of accounting errors on the label’s behalf. He also claimed unspecified damages from unpaid digital royalties that he believed the label purposely under reported. It’s unclear if the case ever went to court. This wasn’t the first legal battle with Rogers, he also sued his former manager of 33 years, Ken Kragen, for disloyalty and attempted theft! Kragen formerly served not only as his manager, but also as the president of Dreamcatcher Management, which was owned by Kenny Rogers’ label, Dreamcatcher Records. Rogers claimed that Kragen tried to steal and lure musical groups away from his label. The lawsuit was settled in 2003, but the terms of their agreement were not disclosed.

Brad Paisley sued his label, Sony, in 2010 and claimed he was owed a whopping $10 million in unpaid royalties. According to online reports, there was a clause in Sony’s contract that prohibited Paisley from seeing the full accounting reports from 2002 to 2006. Paisley believes this was a conniving act on Sony’s part and that they were secretly hiding money from him and skimping out on their payments. He amended his complaint in 2014 to focus on digital royalties which led to Sony asking a judge to throw his claims out. The case is still pending and hasn’t been heard in court.

The relationship between Dolly Parton and Porter Wagoner was strained for a long, long time. Dolly Parton was introduced to fame by Wagoner when he cast her on his variety show, The Porter Wagoner Show, and his traveling show in 1967. They formed somewhat of a partnership as they recorded several albums together. In 1974, Parton decided she wanted to part ways and try to make it on her own, which she did quite successfully. Wagoner didn’t take this news too well and the two were estranged for many years. In 1980 he sued her for $3 million in damages and they settled out of court. Parton and Wagoner eventually reconciled near the end of his life. She was even with him the day he passed away.

Usually an artist is the one suing his or her record label, but not in this case! Tim McGraw was sued by Curb Records in 2011 for breach of contract. They alleged the singer had recorded tracks for his album, Emotional Traffic too early. McGraw followed up with a counter-suit to get out of his contract with the label which he claimed was unfair and onerous. He also asked for advance payment, recording-fund reimbursement, unspecified damages and a jury trail. A few months later a judge ruled in favor of McGraw and threw out Curb Records lawsuit. McGraw was then able to get out of his contract with Curb Records (a label he’d been with since 1990) and move into a new contract with Big Machine.

When country group, Sugarland, first broke onto the music scene in 2004 there were three members, not two! Unfortunately, the trio was short lived. In December 2005, Kristen Hall left the group for undisclosed reasons. Many people didn’t think twice about it, but in 2008 she resurfaced when she filed a lawsuit against her former bandmates for $14 million claiming she had been deprived of money owed to her. She said she was being excluded from shared profits that were agreed upon after her departure. Apparently Hall’s name is listed on the trademark for the band name “Sugarland.” Nettles and Bush countersued that no profit-sharing agreement was made. The suit was eventually settled out of court in 2010, but the terms of their agreement have never been discussed publicly.

In May 2000, LeAnn Rimes filed a lawsuit against her father, Wilbur Rimes and her former manager, Lyle Walker, under the claim that they had misappropriated as much as $7 million in the prior 5 years. She also said the two of them had coined unreasonable fees and took advantage of her label, Asylum-Curb, for their own financial gain. She and her mother hired two accountants to investigate how much was taken and it was estimated to be around $8 million. She eventually “settled on undisclosed terms” with her father. The following November, she filed another suit, but this time against sued Curb Records in order to get out of her contract which she claimed was an unfair deal made by her parents who signed on her behalf back in 1995. She asked for the rights of her music and that the label destroy all of the recordings made available to them. The legal battle was settled in December 2001 when she started a new contract with Asylum-Curb. 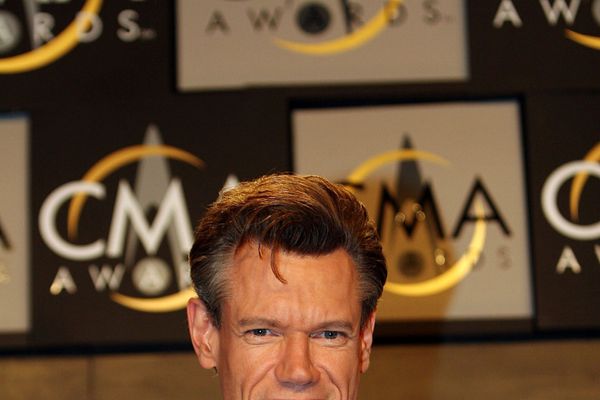