The world of Hollywood seems so big when you incorporate actors, actresses, models, athletes and musicians; however, it also seems so small as the biggest stars seem to form relationships even though it would seem impossible they would meet. While it is common for celebrities from all facets of the industry to date each other, the country music world of all genres seems to stay pretty close knit within itself with country music stars often dating other country stars or their high-school sweethearts or other people completely outside of the industry. However, some seemingly random country music relationships have popped up. Either because it seems so unlikely or because it happened out of scandalous circumstances, these relationships were certainly unexpected. Check out country music’s 12 most unexpected couples:

Actress turned country singer Jana Kramer has had a crazy ride when it comes to her romantic life. In 2004 she married her first husband in Las Vegas but, after only a few months, they divorced. She then wed actor Johnathon Schaech in 2010 but separated only one mother later. In 2012, Kramer began dating country star Brantley Gilbert and while they definitely seemed like an odd match, they made it work and became engaged before splitting in the summer of 2013. Although it seemed she was on the road to marriage with Gilbert, Kramer rebounded quickly and in December 2014 she became engaged to former NFL player Mike Caussin after only a few months of dating, and they were wed in May 2015, less than a year after they met! If things weren’t whirlwind enough, drama ensued when they announced they were expecting their first child and shortly afterward it was revealed Caussin had cheated on Kramer multiple times. Despite the scandal and his admission of infidelity, the two did something even more unexpected — they stayed together and in May 2018 were happy to celebrate their third wedding anniversary together. 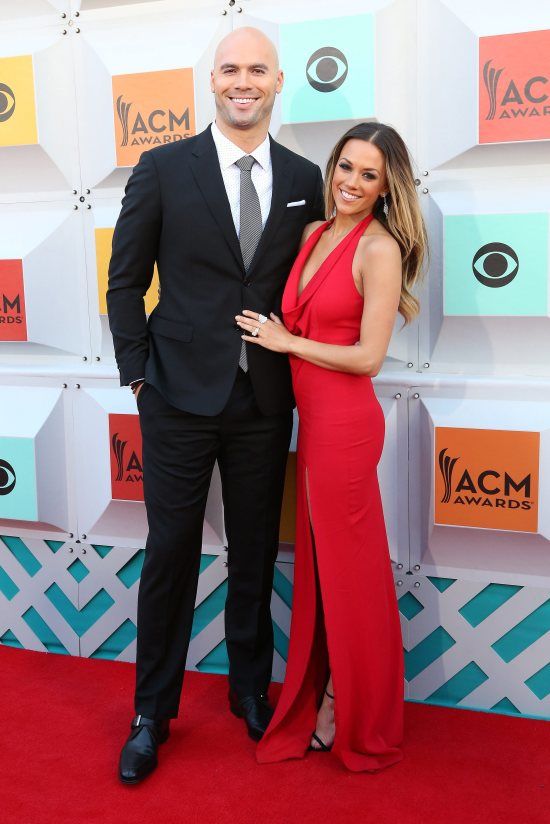 Country superstar Vince Gill and singer Amy Grant were never expected to be together. The two met back in 1993 when Gill asked Grant to perform in his first ever televised Christmas special, and while there was instant chemistry, no one thought a romance would spark as both were married to other people. Nearly seven years later, however, the two began dating after Grant filed for divorce from her husband and Gill and his wife had split in 1997. Less than a year after they publicly began dating, the two were married in March 2000 and later welcomed their only child, Corrina. 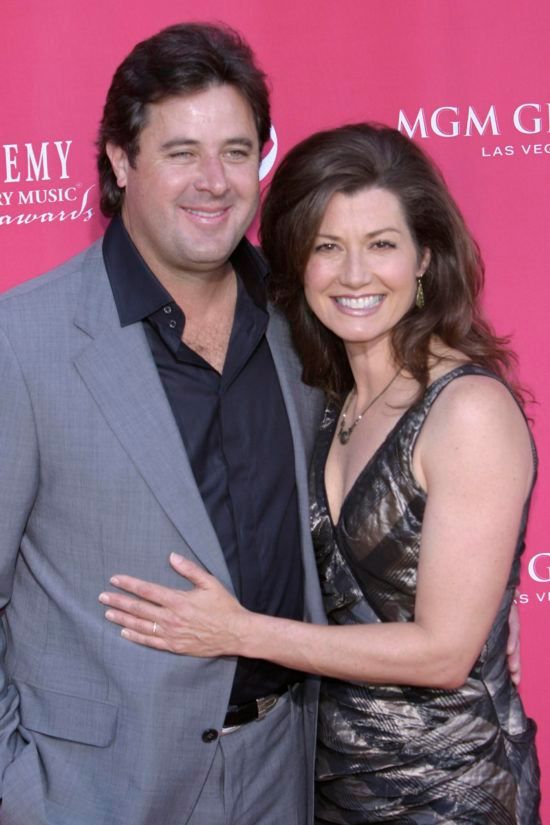 Carrie Underwood was quickly making herself known in the country music industry after winning Season Four of American Idol in 2005. With incredible talent and stunning looks, it didn’t take long for her to become a recognized celebrity and many wondered who would be lucky enough to scoop her up. It turns out that person was NHL player Mike Fisher who began dating Underwood after meeting at one of her concerts in 2008. While athletes dating musicians isn’t weird, it sure is when the musician is a burgeoning country music star and the athlete is situated in Canada as a member of the Ottawa Senators. It took two years before the two made their first public appearance and made it clear what many thought was a fling was a serious relationship, and only seven months after their first public appearance, the surprising couple were wed and, in February 2015, welcomed their first child, Isaiah. 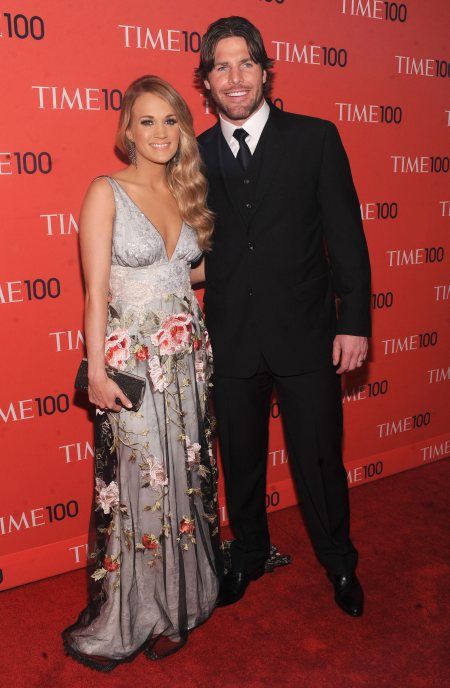 By now, everyone is well aware of the relationship of LeAnn Rimes and Eddie Cibrian after the unlikely couple made huge waves with their scandalous affair that broke apart both of their marriages. Both were seemingly very happily married before they met on the set of a Lifetime made-for-TV film Northern Lights. Country star Rimes had gushed about her husband Dean Sheremet for seven years while Cibrian was married to Brandi Glanville for eight years with two sons. The press widely covered the affair and the two barely tried to hide it, deeply hurting Sheremet and Glanville. It wasn’t only surprising that the two would fall in love, but do so in that way. What was most unexpected was the way Rimes and Cibrian flaunted their relationship and have continued to do so after marrying in 2011. 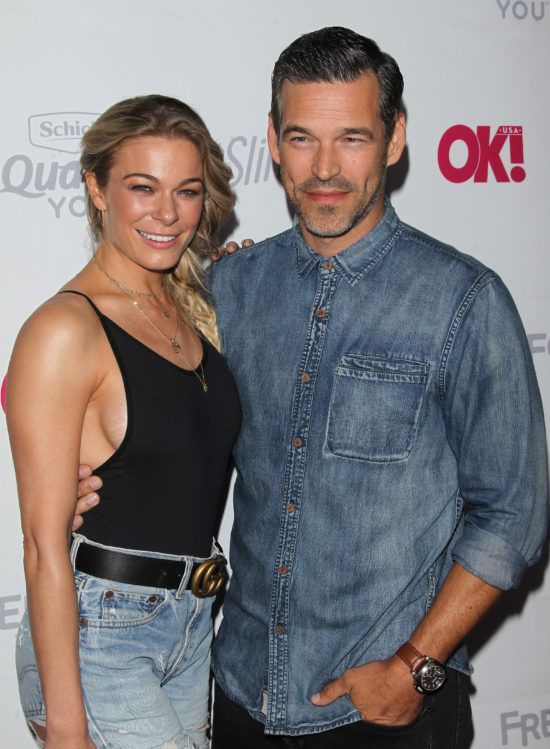 Country star Brad Paisley is another one who landed himself a hot Hollywood actress to the surprise of many. Kimberly Williams is known for her work in hit TV shows such as According to Jim and films like We Are Marshall and Father of the Bride. Running in two very separate circles, it seemed like a strange match; however, after meeting in 2002 the pair were married only a year later in 2003 and are still going strong with two sons, Huck, 8, and Jasper, 6. 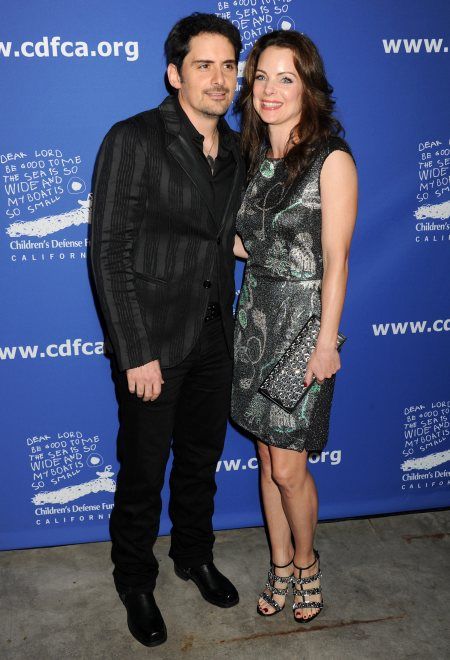 As one of Hollywood’s A-listers, it was a surprise to everyone that instead of dating a fellow actor, Heigl fell for singer Josh Kelley in 2005. Although he started as a pop-rock star, Kelley ended up following in his brother’s footsteps, Charles Kelley from Lady Antebellum, and released his first country album in 2010. Although they have been together for so long, the pair have kept their relationship very private and because of that, it surprised many to find out the Grey’s Anatomy and Knocked Up star was married to Kelley. 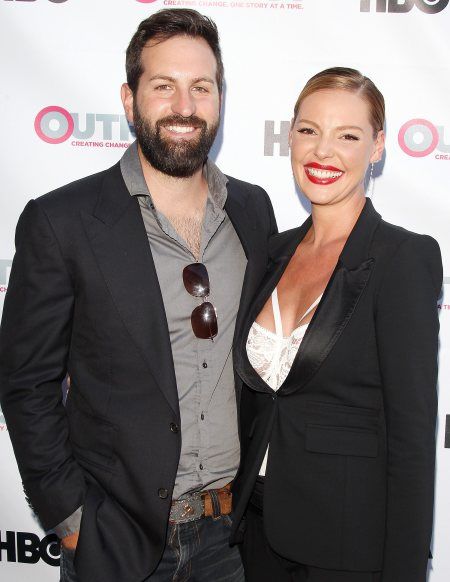 Garth Brooks is widely recognized as one of the most successful country artists of all time and was married to his high school sweetheart Sandy Mahl for more than 20 years from 1986-2000. The breakdown of their marriage surprised everyone, but Brooks continued to shock when he went on to marry fellow country singer Trisha Yearwood in 2005. The two were known to be close before their marriage and started dating in 2000, right after his divorce which was finalized that year as well as hers which occurred in 1999, leading to rumors that there was something going on before his marriage was over. The two have always denied the allegations; however, there are still many raised eyebrows about how the relationship started and many looked at the beloved and respected pair in a much different light. 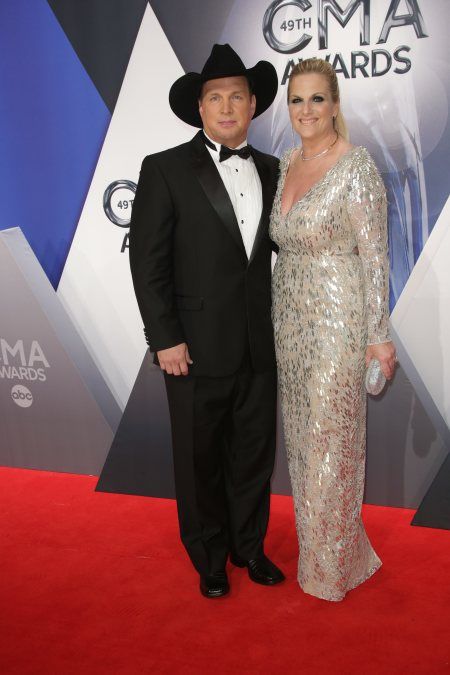 Jason Aldean suffered a hit to his reputation in 2012 after the longtime seemingly happily married star was caught canoodling and kissing a woman in a Los Angeles bar who was definitely not his wife. It soon came out that the woman turned out to be aspiring singer and American Idol contestant, Brittany Kerr. At first Aldean apologized and passed it off as a drunken mistake and remained married to his wife of 12 years with whom he shares two daughters. However, seven months later, Aldean and his wife separated. He then unexpectedly went public with Kerr, signifying to everyone that the relationship hadn’t even ended. Despite harassment from the media and his own fans about his actions, Aldean and Kerr became engaged in 2014 and were married in March 2015 and welcomed a son named Memphis in 2017. 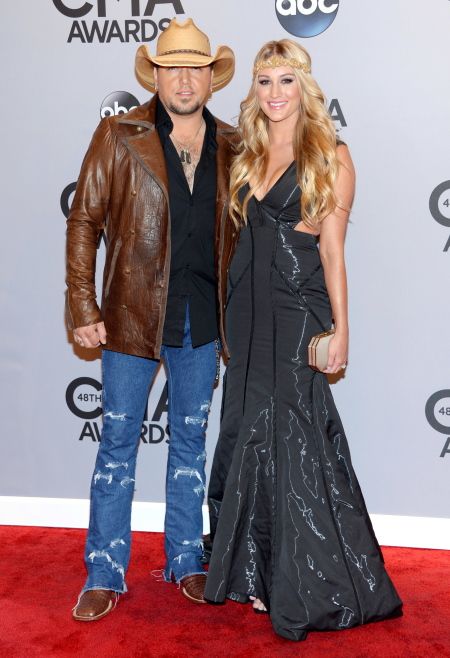 No relationship is more indicative of the stars of two worlds colliding than the marriage of Keith Urban and Nicole Kidman. Urban had been a country superstar since the early 2000s while Kidman is one of the most respected and critically acclaimed actresses in Hollywood and, aside from them both being Australian, nothing seemed to link the two. Given the busyness of both of their schedules, it ended up being their nationality that brought the unlikely couple together after they met in 2005 at G’Day LA an event hosted in Hollywood that honored Australians. Following her high profile relationship with Tom Cruise and her own status in Hollywood, it was widely assumed Kidman would date another A-list actor next; however, after meeting Urban, the two were married in June 2006 and are still going strong with two daughters. 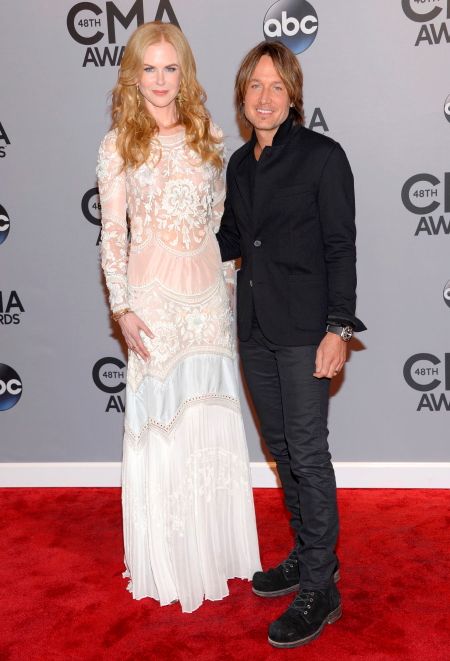 Many are surprised to learn that Kenny Chesney and Renee Zellweger were once married since, not only does it seem like an unlikely relationship, but it was also so short, many either missed it or forgot all about it. At the time though, in 2005, the country star and award winning actress were making headlines with their whirlwind romance. The two met in January 2005 at a tsunami relief benefit and then were married only four months later in May. Only four months after that, they decided to have the whole thing annulled. If people’s heads weren’t spinning enough from the odd coupling to the extremely fast developments in the relationship, things got even stranger when Zellweger cited “fraud” as her reason for wanting an annulment, which then led to rumors that Chesney is gay. Zellweger clarified her claims of “fraud” and Chesney denied the rumors stating they both just didn’t understand what marriage was before jumping into it.

As the queen of country music for several decades, it was truly astonishing to hear the drama that surrounded Shania Twain’s marriage in 2008. After 15 years of marriage, it was announced that Twain and Robert “Mutt” Lange were separating, but it got worse as reports revealed Mutt had been cheating on Twain with her best friend and assistant, Marie-Anne Thiebaud. After the divorce, there was much speculation as to who the extremely beautiful and talented singer would date next, and she surprised everyone by finding comfort and a new relationship with Marie-Anne’s own scorned husband, Frederic Thiebaud. After being cheated on by their former spouses, who were then together, the two became close and were engaged in December 2010 before marrying in January 2011. 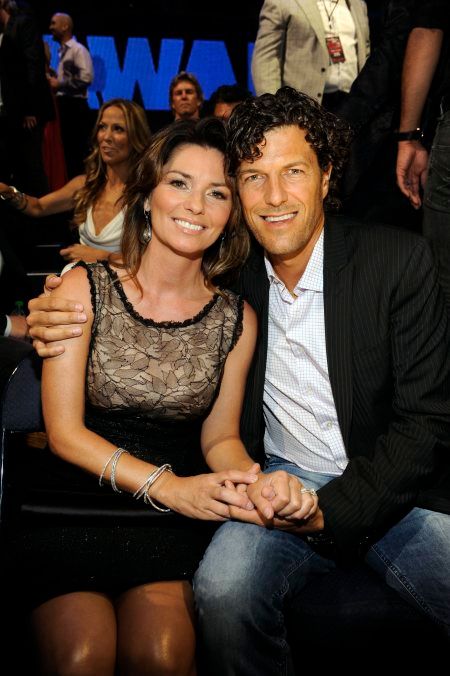 For several years Blake Shelton and Miranda Lambert reigned as the current king and queen of the country music industry and, after four years of marriage, the two announced their divorce. Naturally, fans were devastated as they seemed like the perfect couple and it seemed impossible to think of them with anyone else. Shelton has now completely surprised everyone by moving on with none other than Gwen Stefani, who aside from being a blonde singer, is completely unlike Lambert. Meanwhile, Blake Shelton is the complete opposite of Stefani’s ex-husband Gavin Rossdale. Many were quick to toss aside rumors that the pair who work together as coaches on The Voice would be dating because it seemed so unlikely, but they confirmed the relationship and were even spotted holding hands, stunning the music industry as a whole. With rumors of marriage and pregnancy swirling, the two have continued to move past it all and are still very happy together. 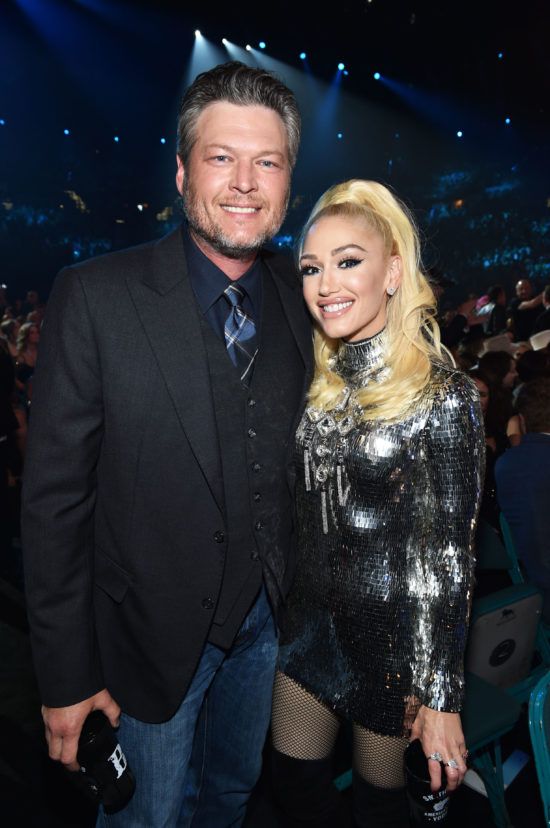 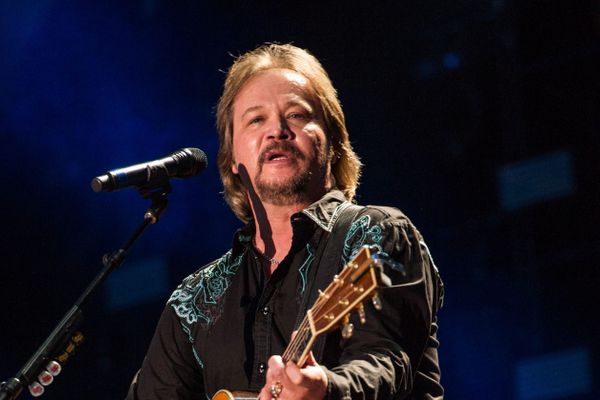