After an especially quiet spring thanks to a hiatus of Dancing With the Stars, this September the beloved dancing competition series is back and format tweaks and changes are promising to make it better than ever. Early on, fans were promised one of the biggest and best celebrity casts ever for season 28 and now it is time to find out exactly who those stars are! As has become tradition, the season 28 cast of all the stars was announced on Good Morning America and it is a good one, but ABC is opting to air on the side of mystery and will not be announcing which pros will be dancing with which stars until the season premiere. Ahead of the September 16th premiere, check out the full season 28 cast:

For the full cast with celebrity-pro pairings click here!

After last season’s big win by country radio host Bobby Bones, country singer Lauren Alaina is ready to take on the challenge! The 24-year old singer was a runner-up on the tenth season of American Idol and has gone on to mainstream success with two albums and a new one on the way.

NFL Hall of Famer and controversial football star Ray Lewis is going to be tackling the dance floor this season! The 44-year-old former linebacker played for 17 years as a member of the Baltimore Ravens and is regarded as one of the best to ever play the position, but now only time will tell if his fancy footwork on the grid iron will translate to the ballroom.

From The Office to the dance floor! Actress Kate Flannery, who is best known for her role as Meredith Palmer on the beloved series The Office has signed on to this season of the Dancing With the Stars. “I had nine seasons of the most unglamorous character on TV, so we’re going in a different direction,” the 55-year-old said of taking on the challenge of season 28 of DWTS.

Karamo Brown first got his start on TV when he became a part of the cast of The Real World: Philadelphia in 2004 and became the first out gay black man on reality TV. He went on to pursue a career in television, but his fame skyrocketed when he joined the revival of Queer Eye! He also has his own memoir and recently appeared in Taylor Swift’s “You Need to Calm Down” music video, but only time will tell if he learned any good choreography to use on Dancing With the Stars.

Few politicians have fared well on Dancing With the Stars, but that isn’t stopping Sean Spicer. Spicer’s name became well known after he held the role of White House Press Secretary and White House Communications Director under President Donald Trump for only a short time in 2017. One thing is for sure, Spicer already knows how to deal with very heavy criticism, so taking heat from the judges shouldn’t be a problem for the 47-year-old.

Hannah Brown isn’t shying away from reality TV after her rollercoaster season as The Bachelorette just played out on ABC. While the former Miss Alabama didn’t find love on The Bachelorette, she just might be able to get a win with the Mirror Ball Trophy on Dancing With the Stars. While a few Bachelor Nation stars have competed on the show, Brown is only the second Bachelorette ever to be on DWTS after Trista Sutter competed in the very first season.

Lamar Odom is no stranger to the spotlight, but who knows if that will translate to confidence in the intricate business of ballroom dancing. The 39-year-old first rose to fame in the NBA as a member of the Los Angeles Lakers, but found different fame when he married Khloe Kardashian and appeared on Keeping Up with the Kardashians as well as their own series Khloe & Lamar. Of course, in 2015 he went through a health crisis when he nearly died from an overdose and was in a medically induced coma.

Ally Brooke was one of the stars that fans guessed when Dancing With the Stars was teasing their celebrity cast leading up to the reveal. The 26-year-old rose to fame as one member of the popular girl group Fifth Harmony before she embarked on her own solo career. She will try to follow in the footsteps of fellow Fifth Harmony member Normani Kordei who placed third on season 24 of DWTS with her pro partner Val Chmerkovskiy.

For a certain generation, James Van Der Beek is a man who needs no introduction! The popular actor is best known for his role as Dawson Leery on the iconic teen drama Dawson’s Creek from 1998 to 2003. Now the actor is a husband and a father to five children, who will surely all be cheering him on!

Christie Brinkley is one of the most iconic supermodels in the world and with a career that has lasted over three decades she is noted as one of the most attractive women of all time, but she has some serious dancing talent as well! Right now she is starring as Roxie Hart in Chicago on Broadway which is all about dancing, timing, and extreme practice and choreography. The 65-year-old will be one to look out for! UPDATE: On Monday, September 16, just hours before the premiere, Christie Brinkley revealed she had suffered serious injuries while rehearsing and was forced to quit. Her daughter, model Sailor Brinkley-Cook is stepping up to compete in her mother’s place!

Kel Mitchell is an actor, comedian, singer and rapper and while he is 40 now, fans will mostly recognize from his time as a cast member on the beloved Nickelodeon series All That and has also starred in Mystery Men, Kenan & Kel, and Like Mike just to name a few. Now, only time will tell if he can add dancer to his impressive list of talents!

The last star to be announced is none other than iconic music legend Mary Wilson. Wilson, 75, is one of the founding members of the R&B and soul group The Supremes alongside Diana Ross and Florence Ballard. She went on to release three solo albums and two best-selling autobiographies. With a decades long career as a performer and star, fans can’t wait to see her on the dance floor! 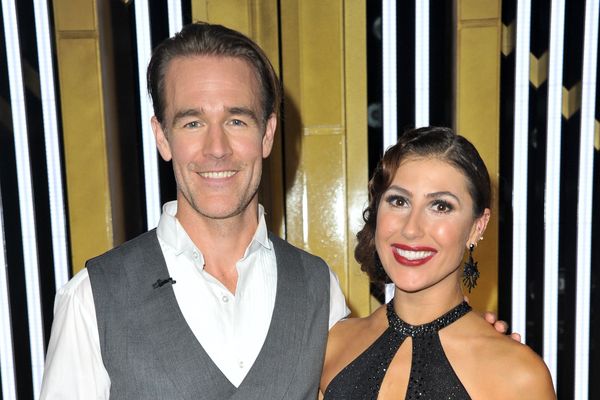 Dancing With The Stars 2019: All Celebrity-Pro Pairings For Season 28 (With Pics)