Days Of Our Lives’ 7 Greatest BFFs

The land of soap operas is known for romance, but fans also love seeing the solid friendships that develop between characters as well. Daytime drama friends stick together; they go on adventures, beat up the bad guys (are sometimes the bad guys), and will often have falling outs…only to come back together again. Salem is a place where many find love, as well as long-lasting friendships. Below is a list of seven great Days of Our Lives (DOOL) BFFs.

These two have certainly had a roller coaster of a friendship, which is why the land on the bottom of this list. They’ve been friends since their high school days, with Chad there for Sonny and supporting him when he came out of the closet, but their families were embroiled in a crazy corporate rivalry recently and this isn’t the first time Chad and Sonny haven’t seen eye-to-eye. The good news is that they’ve moved past the negativity and even planned a double wedding together, which just goes to show how strong their friendship really is.

NBC/Days of Our Lives News

Taking nine months out of your life to carry your friend’s baby is a huge BFF commitment! Something that Chloe didn’t bat an eye lash at when she came to the decision on her own accord to carry Daniel Jonas and Nicole Walker’s baby. While she clearly loved Nicole and wanted the best for her daughter Holly, she also withheld the baby when Nicole embarked on a relationship with Deimos Kiriakis. Months ago DOOL fans were torn on which BFF was right when it came to the custody of Holly, but at the end of the day Chloe’s heart was in the right place.

These two were pretty solid besties before Ari’s death in 2010. Arianna was one of Melanie’s bridesmaids when she married Phillip and the two were all around tight. After Ari passed away and her brother Dario strolled into town to investigate her murder, Melanie also used some of her Kiriakis’ divorce settlement cash as a reward to find who was at the root of her friend’s death. If that doesn’t scream BFF, we’re not sure what would.

A relationship that spans decades, these two have a friendship built on trust and loyalty. Back in the day, as partners in Salem’s police department they fought for justice and getting the bad guy. Despite time and John Black mistakenly posing as Roman for some years there, these two have remained BFFs over the years and it seems their relationship just gets stronger and stronger.

They bonded over big hair and BFF boyfriends in the 1980s, and despite mistaken deaths and Kayla leaving town for a while, they still manage to keep their friendship strong. They are sister-in-laws and share family; however, Kayla and Hope have a bond that goes beyond this. They genuinely like each other and despite their differences, they make their friendship work, a friendship that has lasted over thirty years.

These two aren’t only cousins, they are genuine friends too. They have supported each other during the good times and the bad. Whether it is broken relationships, crazy DiMera adventures, or family issues, Hope turns to Jenn and Jenn will always turn to Hope. Perhaps it was all that childhood bonding over homemade donuts? Their grandmother Alice Horton would be proud of their continued friendship.

When Bo was missing back in 2015 and no one knew his exact whereabouts, Steve trotted out on an adventure to find his friend. That’s more than just a BFF — that’s a bonafide bromance! The two didn’t always get along, as when they initially met way back in the 1980s, they were rivals. Interestingly enough, Steve’s eye injury and resulting patch is all thanks to a scuffle with Bo. The two got past it and embarked on a beautiful and solid friendship in Salem, one that would eventually have them together in the same family, much like brothers. 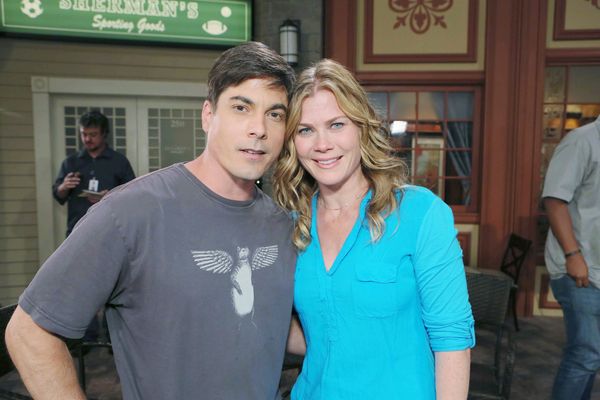