Felicity wasn’t on air for very long, but during its short four seasons it managed to draw in a large audience and is now recognized as one of the best shows of all time! On air between 1998 and 2002, the show portrayed the life of college student Felicity Porter throughout her freshman, sophomore, junior and senior years at the University of New York and focused mainly on her friendships and relationships along the way. Felicity is coming up on its 15 anniversary, so here’s a look at 10 behind the scenes secrets!

10. The Idea of Felicity

J.J. Abrams created Felicity while on vacation in Bali with his wife in 1996. During their vacation he randomly thought of the name of a former high school classmate and “Felicity” just stuck with him as he developed the coming of age drama. He discussed the idea with a childhood friend, who also happened to be a filmmaker named Matt Reeves and made the decision that the story would play out better over time as a series, so they sketched the outline of the pilot and pitched it as a television series.

J.J. Abrams and Greg Grunberg are longtime friends, so it’s no wonder they worked together on Felicity. Greg played the role of Sean Blumberg on the popular television series. Abrams has said that Greg is his “lucky charm” which is why he’s appeared in a slew of his movies. “We are best friends since when we were little kids, so every single day, every minute that wasn’t between action and cut, we were together, hanging out. It’s just a really unique situation to be able to work with your friend like that,” said Grunberg.

Show creator J.J. Abrams had been working on Armageddon when he started Felicity, so he was really into the sci-fi world, but he couldn’t step too far outside the box on such a grounded show. “[Felicity] was a very sweet story that literally had no stakes whatsoever…There were no bad guys, there were no monsters, [there were literally only] grades,” he said. Abrams pitched different ideas like “what if Felicity were a spy who went on crazy missions,” but it just wasn’t the right show for that. At the same time ABC approached him about doing another female driven show which gave him an opportunity to branch into the sci-fi world and thus Alias was born!

7. Julie Was Written to be a Dancer

Formerly known as The Pink Power Ranger on Mighty Morphin Power Rangers, Amy Jo Johnson was cast as best friend Julie Emrick on Felicity. Her character knew how to play guitar and sing, but according to Johnson, she was actually supposed to be a dancer! It wasn’t until after she was hired that Johnson revealed to producers she didn’t know how to dance. Abrams saw her musical talent and decided her character could be musically talented instead.

Felicity’s New York style was inspired by the Woody Allen film Annie Hall because they didn’t want her to look too pretty, which was hard considering Keri Russell was so naturally beautiful! Similar to Diane Keaton, Russell wore a lot of men’s clothing that was tailored to fit a female body. Eventually, Russell became very attached to her character’s style and was extremely picky about how she would dress. Costume designer Linda Serijan-Fasmer said Keri refused to wear nail polish, hair accessories or even certain jewelry.

It’s common knowledge now that Felicity’s haircut in season 2 was a big reason for the shows drop in ratings. The whole thing started out as a prank when Keri Russell took a picture of herself wearing a short-haired wig and sent it to producers. They freaked out, but ultimately loved it, so she actually went and cut her hair, but the audience didn’t like it. Things got worse when the producers went to UCLA to seek out knowledge from real sophomore kids who said they were lost, cutting their hair, having sex with people and feeling unattractive, so the first five episodes of season 2 reflected that, but Abrams later admitted it didn’t make for good television.

4. The Wedding Toast was a Real Toast

Scott Foley said he still gets emotional when he sees in the final episode of Felicity when Greg Grunberg is giving his toast because it was a real and heartfelt speech. “It breaks my heart. You’re hearing this music, but you don’t hear Greg Grunberg saying anything. And the camera is moving over us as Sean [Grunberg’s character] is giving a toast to the group. Greg was actually saying, ‘Scotty Speedman, it’s been such a pleasure working with you…And Foley, you’re just a jerk and I love you….And Keri Russell, I’ll miss you forever.’ They said ‘cut’ on that, and we all got in our cars and drove home. It was the last I saw everybody together. I still love it, and it still breaks my heart,” said Foley.

Keri Russell desperately wanted the part of Felicity, but was afraid she’d get cast as the “tragically beautiful” best friend. “I called my manager and said, ‘They’re gonna want me to play the stupid best friend. They’re gonna see me and go, ‘No, thanks. But will you come back in and read the two-line character of Maya?'” said Russell. In order to align herself better with the character of Felicity, Russell tried to make herself look less attractive by scrubbing her face, wearing baggy clothes and put her hair in a bun. It didn’t work. Abrams was blown away by her beauty and immediately thought she was wrong for the part, but when she started reading for the part he loved her sense of humor which is what landed her the lead role!

Johnson was a main cast member for the first three seasons of Felicity, but she unexpectedly left before season 4 after her mother passed away. Looking back, she wishes she had stuck with the show even though she was able to come back as a guest star in season 4. “When I had done two years on that show and my mom had passed away and I just really needed a break…I asked J.J. if I could go. He said, ‘Yeah, just do four more episodes, and, for sure, you can go.’…I think in hindsight, I wouldn’t have asked to go. I mean, I don’t regret anything, but at the same time if I did it again I wouldn’t have asked to leave Felicity,” said Johnson in an interview with No Pink Spandex.

1. The Reason Behind the Time Travel

In the last few episodes of the final season of Felicity when Felicity Porter graduated from the University of New York, the producers had her travel back in time to see what life would have been like if she had picked Noel over Ben. The reason behind the weird time travel storyline was because they suddenly had extra time to fill after the WB ordered five extra episodes. 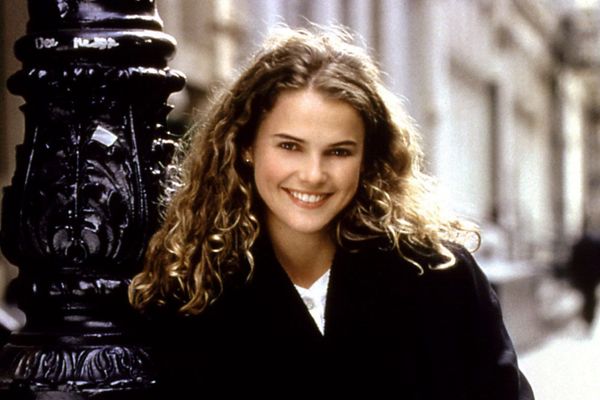 10 Things We Miss About Felicity