Friday Night Lights was one of the best yet most underappreciated teen dramas of its time. The series was unique for many reasons, but one of the biggest was the risk it took in introducing a whole new set of main characters in season four when Coach Taylor moves over to East Dillon’s school. Of course, the new cast became just as beloved as the original and that is because Friday Night Lights had a phenomenal cast that extended right into minor and supporting characters. While the focus was almost always on the Taylors, Matt Saracen, Tim Riggins, Vince, Luke or more, many times a minor character came in and made an unexpected impact by shaking things up or simply being amazing. Check out 10 minor characters who stole the show on Friday Night Lights.

Through 45 episodes of Friday Night Lights, Mindy Collette-Riggins made her mark on the show. The hilarious character played by Stacey Oristano made her first appearance in season one, episode seven “Homecoming,” as Tyra’s older sister who works at the local strip club, The Landing Strip. Whenever Mindy was around the attention was on her thanks to her bold and unfiltered comments about everyone and everything. As Mindy’s character became more and more prominent in later seasons, fans couldn’t help but be endeared by her no nonsense and to the point attitude, and left us only hoping for more Mindy one-liners.

Although Friday Night Lights was only around for five seasons, there were quite a lot of characters to keep track of especially when it came to the football team. One of the many who came and went on the team was Hastings Ruckle, but unlike the others he made quite an impact on viewers from his very first appearance in season five’s first episode “Expectations.” Played by Grey Damon, Hastings was tall, attractive and had one of the most unique and hilarious attitudes on the team. Hastings came out of nowhere, but once he was there, fans couldn’t get enough and provided some much needed comic relief in the very tense and dramatic series.

In season one, there is no denying that Smash Williams was the star of the show, and he made sure to make it that way, and of all his flings and relationships one really stood out. In season one Smash fell hard for Waverly Grady, who also happened to be the preacher’s daughter, but her storyline was much more intriguing than that. Waverly, played by Aasha Davis, had no problem stealing the show from Smash as she proved to be independent, smart, and best of all never took any of Smash’s nonsense and was one person who actually called him out when he was being foolish. Fans adored Waverly and the new dynamic she brought to Smash’s life, then of course all eyes were on her as her bipolar disorder presented itself and Smash was pushed to the side as the storyline played out. The depiction of her struggle with bipolar disorder and depression were raw and real and gripped fans. Unsurprisingly, fans were outraged after Waverly was never seen or heard from again following the season one episode “Best Laid Plans.”

Much like Smash, Tyra Collette often stole the scenes she was in, and through a few of her relationships, one man actually caught viewers’ attention. Zach Roerig played Cash, a rodeo cowboy who entered the show in season three when he meets Tyra during one of his rodeo stops in Dillon. Cash was charming and attractive and captured Tyra’s interest much more than any of her previous boyfriends which meant he quickly took over her storyline. Fans had no idea where things were going to go with Cash as Tyra ditched school and started travelling with him on his rodeo tour, and things only got more interesting as Cash’s character began to develop. He quickly went from charming to dark and in the end abusive. Few minor characters had such an big impact on the show like Cash did on Tyra’s storyline in season three.

With Matt Saracen as one of the biggest characters of the series, it was Henry Saracen who played a huge part on Matt character’s despite the fact he was only in five episodes. Matt was heavily relied upon as the caretaker for his grandmother because his father Henry was a soldier doing a tour in Iraq. While Henry is often talked about rather than seen, when his character finally appeared, his life as a soldier unable to cope with family life immediately takes precedence over anything else in the show, and Brent Smiga’s portrayal hit very close to home for many fans and families with loved ones in the war or with loved ones that had been greatly affected from their own time overseas. Not to mention in season four when Matt finds out his father died while on duty, Friday Night Lights delivered one of its most poignant episodes of all, “The Son.”

Becky Sproles is a Friday Night Lights character who borders on minor and main through the last two seasons, but either way fans definitely paid attention to her. Madison Burge expertly played the sweet, pretty, independent yet insecure and conflicted Becky who ended up becoming a huge central focus for fans through her relationship with Luke and her dynamic with Tim. Becky stole the show because fans didn’t quite know what to make of her, and couldn’t quite figure out if something was going to develop between her and Tim. Things really shifted when Becky’s character was given the complicated storyline of teenage pregnancy and abortion, which few teen shows dared to take on at the time. Right from her initial appearance and interaction with Tim in season four’s first episode it was evident Becky was a character not to be ignored and she quickly became an integral part of the series for the last two seasons.

Aldis Hodge’s character Ray ‘Voodoo’ Tatum on Friday Night Lights came into the show with such a presence that it was obvious he was not going to be a one-off character who would easily be forgotten. Hodge’s portrayal of the cocky, rude and at times insufferable Voodoo instantly stole the show, not only because the character was so gripping, but because he shook things up so much. Voodoo disrupted everything about Dillon’s football team which the high school’s culture was based on and in doing so disrupted all of the other characters we had come to know and love. Voodoo stole the show not only because he posed such a threat to the Dillon football team, but also because he was so easy to hate, yet provided a whole new layer to the Friday Night Lights drama. He had such an impact on the series that looking back now it is almost hard to believe he was only featured in six episodes all together.

Fans of the Friday Night Lights book and film that came before the series know that Tim Riggins’ character was initially posed as having a difficult relationship with his father. The series instead had Tim living with his older brother Billy, and fans are so grateful the change was made because it gave us Derek Phillips as Billy Riggins. Billy is first immature and a poor role model as Tim’s guardian, but never failed to bring the laughs with his opinions and advice. He also underwent one of the series’ best character developments from a partier to becoming responsible and always had the best intentions even though he didn’t always know how to carry them out. There were a lot of characters to keep track off, but there was no way to ignore the extra quality Billy brought to the series which was only elevated when his relationship with Mindy began.

Matt Saracen definitely had a difficult time through the course of Friday Night Lights whether it was personal or due to football. The guy could never get his confidence up because it always seemed like someone was trying to take his QB 1 role. After dealing with Ray ‘Voodoo’ Tatum, Matt was also challenged by J.D. McCoy in season three. Played by Jeremy Sumpter, McCoy was the all around athlete with good looks and rich parents, but there was a lot more to his story than just becoming the Dillon Panthers’ starting quarterback. McCoy fully captured our attention when more focus was given to his personal life and his father became abusive towards him, forcing Coach Taylor to get involved.

There is so much to be said for Lorraine Saracen’s underappreciated role in Friday Night Lights let alone Louanne Stephens’ often overlooked performance in the role. Stephens appeared in 47 episodes through the course of the series, and fans became emotionally invested and dedicated to the character. Watching her relationship with Matt as well as her dementia progress was heartbreaking, and despite her small role in the series, each scene she was in was powerful. Everything about Lorraine’s love, strength, encouragement and often unintentional hilarious lines were perfect and she had our full attention in even the smallest of appearances. 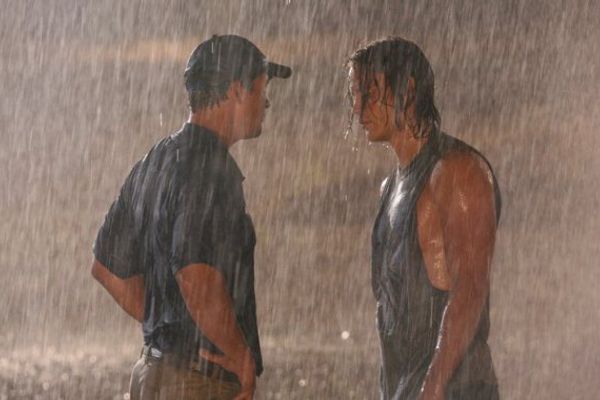