Gossip Girl was a huge hit throughout the entire six seasons — it had tons of drama, scheming, insane wealth and like most American teen dramas, a constant interchange of relationships and romance. Serena van der Woodsen was the leading lady of the show and as the constant ‘damsel in distress,’ she seemed to have a revolving door of boyfriends throughout the entire franchise. We all knew that Dan Humphrey and her would end up together, but of course, she had to date many, many frogs along the way before she realized this. Here’s a definitive ranking of Serena’s top 7 worst boyfriends on Gossip Girl!

We loved the character of Nate Archibald, but we weren’t so hot on the relationship between him and Serena. Right from the get-go it started off on a bad foot when these two got together behind Blair’s back. That hook up looked bad not only on Nate, but also on Serena. We admit they had a little bit of chemistry, but it was pretty clear these two were better as friends. The entire relationship was physical and never really reached a deeper level and sometimes seemed a little forced. Not to mention, Nate has the worst taste in women…he always seems to make the wrong choices and pick the wrong girls. He just can’t catch a break! Luckily, fate stepped in and the timing never panned out for them to actually make it as a couple. Whenever they tried, one of them would still be reeling from an ex, or couldn’t commit to a relationship or was still involved with someone else.

Season 6 of Gossip Girl started off with the gang finding Serena in her ‘new life’ and realizing she had a mysterious new boyfriend. He turned out to be a young, but older than her entrepreneur named Steven Spence. We must admit, he was really, really good looking, but there were a few things wrong with this relationship. Firstly, he was much older than Serena (which we know doesn’t scare her off) so that off set the relationship a tad and secondly, he had daughter, Sage, who was close in age to Serena! The whole ‘dating a father’ thing became a problem when Sage began rebelling and deliberately trying to sabotage their relationship. At times, Spence seemed like he was fathering Serena when he’d reprimand her for things or give her the cold shoulder. She tried too hard to please him and play a role in the relationship to him and his daughter, but it just didn’t seem natural. Not to mention Sage started dating Serena’s ex-boyfriend…how weird is that?!

Carter Baizen was no one’s favorite character, but when push came to shove he did help Serena when she needed it. His character also improved greatly from the beginning of the series to the end, so we’ll give him that! He makes an appearance in the first three seasons regularly, always playing the villain who needs to be driven out of town. Not exactly a great catch…but in season 3 Carter does have his brief moments where he turns out to be a somewhat decent guy who genuinely seems to care about Serena, he just goes about it in all the wrong ways. We always knew it would never work out between the two because, as Blair would say, “guys like Carter never change.” Serena does fall for Carter and they have a fleeting romance, but he tricks her into spending more time with him by saying he knows where her dad is. When she finds out he was playing her, she kicks him out of the car and we never see him again!

Aaron Rose was super irritating, not only because he had that pretentious artist thing going on, but also because he used Serena as a muse for his work and she was clearly way too good for him! It seemed like he was more interested in his next project than he was with dating her. Aaron also dated other women while dating Serena…that’s what they call a red flag! He really made her work for his affection which she wasn’t used to doing. Oblivious to it all, Serena runs off with him to Argentina, proving once again she’ll do anything for him, but it’s pretty clear if the tables were turned he wouldn’t do the same for her. Eventually, she realizes the relationship isn’t all that great and that she’s still in love with Dan, so she comes back newly single. Aaron continued to live on through his dad, Cyrus, who went on to marry Blair’s mom!

Gabriel Edwards was almost more of a schemer than Blair Waldorf, but not quite good enough to get away with it. Serena met Gabriel in season 2 when she went to Spain with an old friend Poppy. While on the trip, Poppy seemingly had a fight with Gabriel and left Serena and Gabriel alone together. They started casually dating and when Serena returned back to New York City, he came with her. Their relationship continued, but she started noticing some suspicious behavior. He was hard to make plans with, he’d lie about where he was going and he was rarely available to hang out. With a little help from Blair, Serena found out that Edwards was secretly dating Poppy behind her back and their whole ‘relationship’ was a scam for money. This storyline was kind of odd, but provided some good entertainment as it took the whole gang to bring these two con artists down.

The whole relationship between Ben Donovan and Serena was weird. When Serena was in boarding school many years earlier, she fell in love with her teacher, tried to pursue him, but he denied her because he was trying to be honorable and didn’t want to cross the line between teacher and student. However, things got messy when Lily is wrongfully lead to believe that something happened between the two. She accuses him of statutory rape, he is convicted and sent to jail. Serena finds out the truth years later and does everything in her power to get him out. Eventually, Ben gets out of jail and the two pick up where they left off, but their relationship never seems genuine because it’s never clear if Ben really loves Serena or if he’s plotting his revenge. He did have that whole creepy vibe down well and, if it were us, we’d be pretty pissed at her for what happened, but he seems to just brush it off and take is all as a misunderstanding. It all just too unbelievable that he would get his freedom then immediately jump into a relationship with her. To top it all off, his sister ended up being crazy and yet another wannabe who tries to take down Serena and her clan. He also ends up being pretty whiny about it all and eventually she’s on to the next…

The relationship between Tripp and Serena lands as one of the worst not only because he was a crooked politician who would do anything to get ahead in his career, but he was also married! Tripp was the ultimate sleaze ball. These two had an affair behind everyone’s back and in an usual twist of events, the two get caught by Tripp’s wife who seems to have her own scheming plan up her sleeve and she convinces Serena to stay around…It gets even WORSE. Tripp makes an attempt to hurt his own cousin by tampering with his car, but ends up turning it around on himself so he and Serena are the ones who get into the accident. Then Tripp actually takes Serena’s unconscious body, places her in the drivers seat to make it look like she was driving so that he could avoid any kind of public scandal. 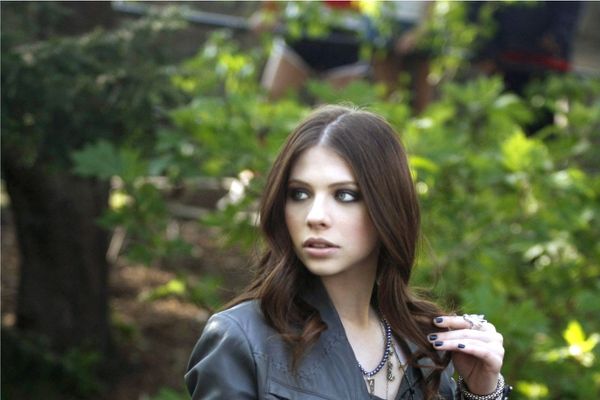