Right off the heels of the finale of The O.C., Josh Schwartz and Stephanie Savage scooped up the rights to the popular book series Gossip Girl and spun it into another hugely successful American teenage drama series. Similar to The O.C., but a tackling a whole new ball game, Gossip Girl told the story of the social hierarchy that goes on with private school kids who come from the most elite, rich families in New York City. Viewers got to see all the scandalous drama that occurs behind closed doors. Like all great shows, it was the hilariously, devious characters who made the show come together like Blair Waldorf, Chuck Bass, Serena van der Woodsen and Dan Humphrey were all impeccably cast. Gossip Girl ran for six seasons from 2007 to 2012 and had many complex storylines that required a revolving door of characters. Fans saw a lot of minor and recurring roles come and go over the years, but there were a handful who left a lasting impression on us. Here’s a look at the 8 minor characters on Gossip Girl who stole the show!

Penelope definitely wasn’t a big character on the show, but she was definitely the most memorable of Blair’s minions. She was no stranger to being a mean girl and she’d do whatever it takes to impress Blair, especially when it came to taking down Jenny Humphrey. However, she made her most memorable mark when she stood up to Blair one or two times and, unlike some of the other minions from their high school days, she stuck around for quite some time, making appearances well into the later seasons which is a true testament to her performance.

Everett Collection and The CW

CeCe was quickly painted as the judgmental and snobby mother of Lily van der Woodsen who disapproved of anything less than her high standards, particularly when it came to the Humphrey family. Lily didn’t seem to get along well with her because CeCe was constantly disapproving of her often ‘liberal’ choices in life, but we still had a lot of respect for her as the reigning queen of the Rhodes. Fans quickly learned not to underestimate how cunning she was! She loved to swoop in and shake up Lily’s life when she was least expecting it. Despite our disdain for her constant ruffling of feathers, we sympathized with her when she got sick, but even from the grave she was causing trouble by writing Ivy Dickens into her will.

Like many of the characters on Gossip Girl, Carter Baizen was a manipulative con artist who was always up to no good. Naturally, fans turn on characters who are unlikable and constantly stirring up trouble, but Carter Baizen ended up being a likable character who underneath all the manipulation and lies, he actually did have a heart. We truly believed he cared about Serena. Unfortunately, he was banished to a Texan oil rig in the end when she found out he was up to his usual antics and lied to her, but he took his sentence well and remained true to his original character — who could never be fully trusted.

Agnes Andrews was totally crazy and not in a good way. Jenny Humphrey met Agnes while she was still a bit of a goody two-shoes working for Eleanor Waldorf at her fashion line. Unfortunately, it was Agnes who sent Jenny spiraling down into her awful rebellious stage which lasted far too long on the show. These two decided to start their own fashion line, but things went awry when Jenny realized just how out of control Agnes was. There was that uncomfortable hijacking of a charity event to model their clothes, sticking it to Eleanor when she quit her internship and finally a trash can bomb fire when Agnes lit all of poor Jenny’s clothes on fire.

Cyrus Rose could do no wrong, he was so nice it almost didn’t seem authentic. He was even nice to Blair after her mean attempts to get rid of him! It took Blair a little while to warm up to Cyrus, and he wasn’t exactly the dashing father she anticipated and she was clearly still reeling from her parents divorce, but he earned his role on the show as her new step-dad. We’re pretty sure he was the cutest character on the show.

A good story wouldn’t be complete without an evil uncle, and that’s where Jack Bass comes in. As mean as Chuck is on the show, he’s one of the most popular characters on Gossip Girl, so when Jack Bass swoops in to try and take him down in season 2, his presence is not well received. He makes sporadic appearances throughout the following seasons up until the finale and surprisingly ends up being a nice guy. Leading up to the finale, he flip flops back and forth between trying to steal the Empire from Chuck, to saving his life after a car accident and then helping him in his relationship with Blair. The best twist at the end of the series was undoubtedly Jack and Georgina being in a relationship! Talk about a perfect match!

Next to Blair, Georgina Sparks was the queen of manipulation and cunning behavior. She was quickly pinned as the villain of the show, but she put on such a good performance she became one of those characters we love to hate. Fans never wanted to her to succeed in whatever evil plan she had up her sleeve, but we also loved seeing her come back every now and again to stir things up! She was a go-to character for the writers when they needed to add an unexpected twist to the show. Underneath it all we’re pretty sure Georgina just wanted to be a part of the group and make some friends, but she just went about it all the wrong way. However, similar to many of the other villains of the show, she ended up being an ally to them in the end.

The Waldorf residence maid and Blair’s right hand woman, Dorota, easily lands herself in the number one spot on this list! She provided the best comedic relief on the show as she was constantly at Blair’s beck and call to assist in whatever scheming plan she’d come up with and was always dishing out cheeky one-liners. Dorota was definitely a fan favorite of many viewers! 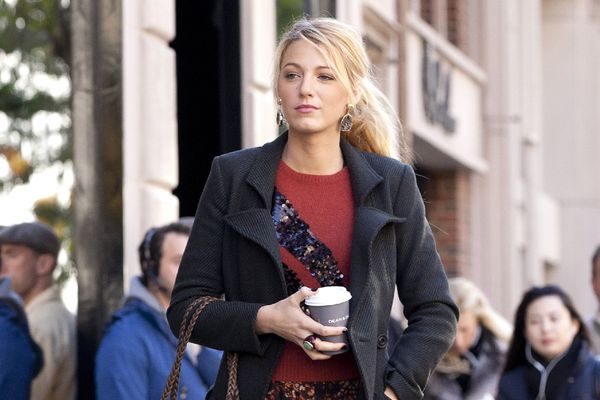