With 14 seasons that have come and gone, Grey’s Anatomy has endured more than its fair share of character losses. From dramatic exits to shocking deaths, it seems no one is safe but, when a major star takes their leave from the series, that is even harder to endure. Despite their talents and major role on the show, it has been quite surprising how little Grey’s fans have seen from some of the show’s former stars in the years since they left. While others moved right along with new roles, others seemed to take a step back from the spotlight, so check out where 13 of Grey’s Anatomy’s former biggest stars are now in their career:

It may have been over 10 years ago, but no one can forget Isaiah Washington’s extremely dramatic exit from Grey’s Anatomy. Not only was he the first series regular to depart but did so after he reportedly used gay slurs towards T.R. Knight. After his character then left Sandra Oh’s Cristina Yang at the altar, Washington only made one more appearance on the show in season 10 and has instead been trying to carve out a new name for himself on TV. Things looked most promising for the actor when he was cast in the reboot series of Bionic Woman but, unfortunately, the series only lasted eight episodes and Washington went on to make small appearances on several different series. In 2014 he signed on to star in The CW’s The 100 as Thelonious Jaha, but his role was recently cut down from regular to guest star for the show’s fifth season. 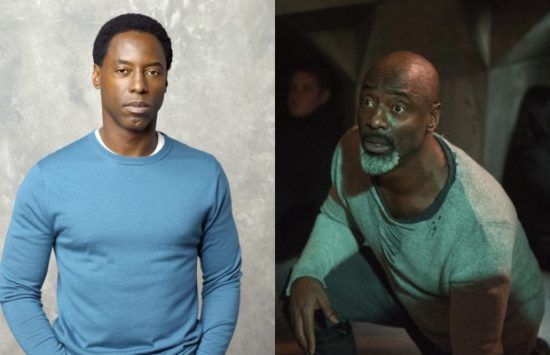 After appearing at the end of season one to drop an epic bombshell, Kate Walsh returned to Grey’s Anatomy for seasons two and three as Addison Montgomery and, while she made appearances on Grey’s a few times after season three, fans already know how she fared out. Walsh landed her own spinoff, Private Practice, which ran for six great seasons. After Private Practice came to an end in 2013, Walsh has kept herself really busy. From appearing in series such as Bad Judge, Full Circle, and Fargo, she is most recently best known for her intense role as Olivia Baker in Netflix’s series 13 Reasons Why which released its second season on May 18, 2018. 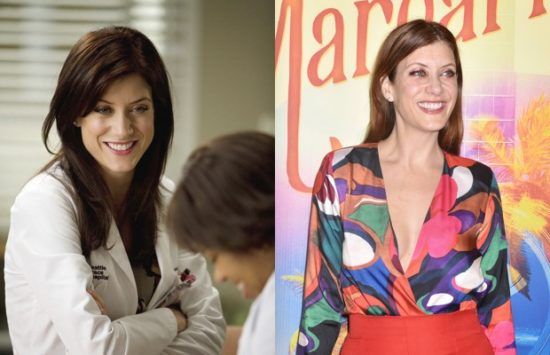 While losing any major star in a series is hard, what makes it more difficult is when their death leaves no hope that they could ever return which is exactly what happened when T.R. Knight’s time as George O’Malley came to an end in season five. Knight left the series after stating that communication between himself and the show’s creator Shonda Rhimes had broken down and asked to be let out of his contract. While he has continued acting since leaving Grey’s, his roles haven’t been quite as prolific. He appeared in the 2013 film 42, as well as series like The Good Wife and The Catch. Most recently, Knight returned to ABC with the mini-series Genius but has yet to land another major starring role. 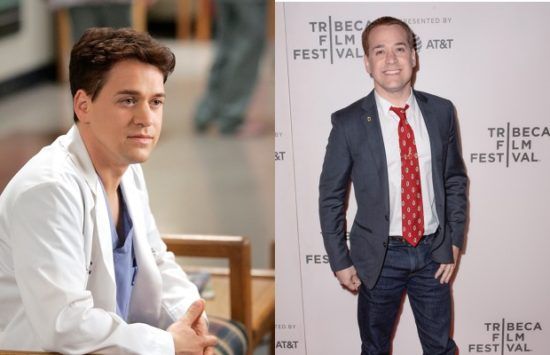 Jeffrey Dean Morgan may not have been a main cast member for several seasons, but his importance in the series has resonated long past the 23 episodes he did appear in as Denny Duquette. The charming actor has credited Grey’s with jumpstarting his then-struggling career as he went on to appear in Supernatural, 2009’s The Watchmen, as well as series like Texas Rising and Extant. More recently, he appeared in Batman v Superman: Dawn of Justice as Bruce Wayne’s murdered father, as well as The Good Wife, Rampage and most notably, The Walking Dead as the extremely violent villain Negan. 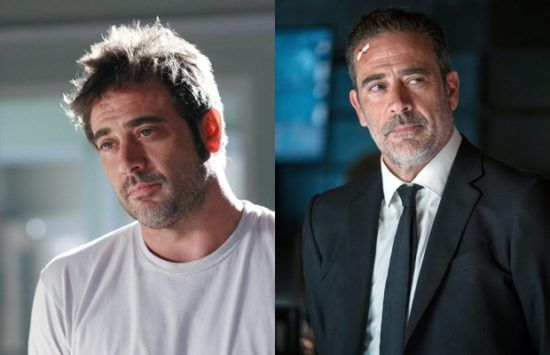 For quite some time, Katherine Heigl’s reputation on the set of Grey’s Anatomy seemed to hinder her career, but the actress is still one of the few to become a successful movie star after exiting the series. While still on Grey’s Anatomy, Heigl starred in movies such as Knocked Up and 27 Dresses, and then midway through season six, she took her official leave from the series. That same year she appeared in Killers alongside Ashton Kutcher and Life as We Know It alongside Josh Duhamel, before entering into a bit of a career slump. She returned to TV as the lead in State of Affairs but the series was canceled after only 13 episodes, but she was determined to make her TV comeback and signed on to star in the CBS legal drama Doubt which unfortunately was also canceled after only 13 episodes. In early 2018, the actress announced she was returning to television yet again, but this time in an already established show as she was cast in the eighth season of Suits as a series regular following the departure of Patrick J. Adams and Meghan Markle. 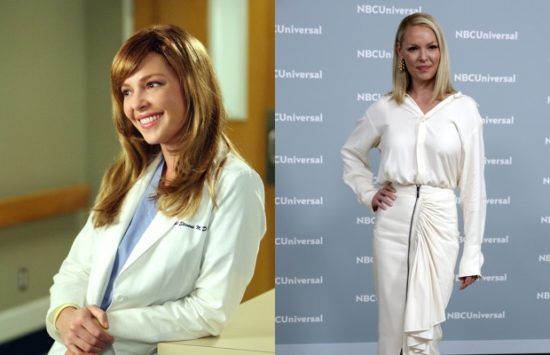 Of all the Grey’s Anatomy exits and deaths, Chyler Leigh’s death as Lexie Grey ranks as one of the most traumatizing. After entering into the dramatic world of Seattle Grace in season three, Leigh became a series regular in season four and quickly took on bigger and bigger storylines before her horrific death in season eight’s plane crash in 2013. The following year she returned to TV in the one and only season of NBC’s Taxi Brooklyn. While that show was short-lived, things turned a corner when she was cast as Alex Danvers in The CW’s hit superhero series Arrow which led to cross-over roles in The Flash, Legends of Tomorrow, and finally a regular role on Supergirl which is now in its third season. 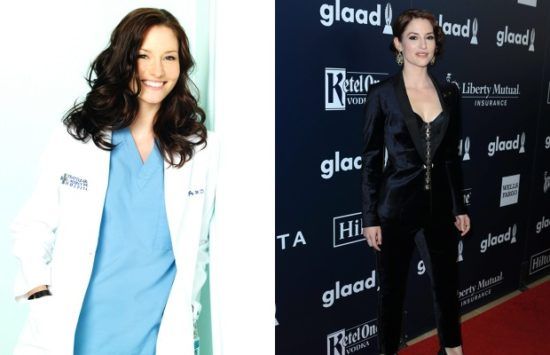 Shortly after Lexie’s death following a confession of love from Eric Dane’s Dr. Mark Sloan in the season eight finale, Sloan survived only two episodes into season nine. His loss was shocking and emotional as “McSteamy” had become a fan favorite since he first appeared as the rival to “McDreamy” in season two. After leaving Grey’s Anatomy, Dane had a brief role as Carter on the series The Fixer, but also signed on to lead a new TNT series, The Last Ship. After production on the series had to be suspended while the actor took some time to deal with his depression, The Last Ship was renewed for a fifth and final season which premieres in mid-2018. With the show coming to an end, there has been no word on any future projects for Dane just yet. 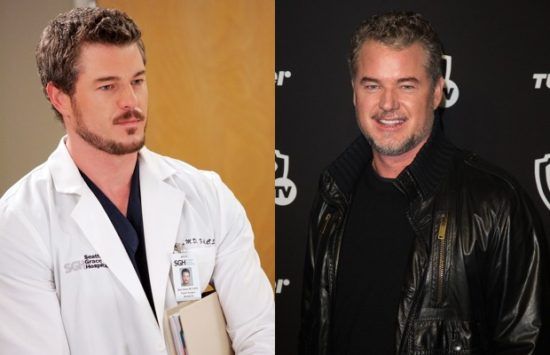 With some exits being emotionally draining, dramatic,or just disappointing, no Grey’s Anatomy fan can deny the show has not been the same since Sandra Oh departed the series in season 10. That same year she appeared in the Melissa McCarthy comedy Tammy as well as lesser-known projects including Shitty Boyfriends, Peg + Cat, and Catfight. She eventually returned to TV in a big way in BBC America’s spy-thriller series Killing Eve and was tapped to voice act as Castaspella in Netflix’s upcoming animated series She-Ra and the Princesses of Power. 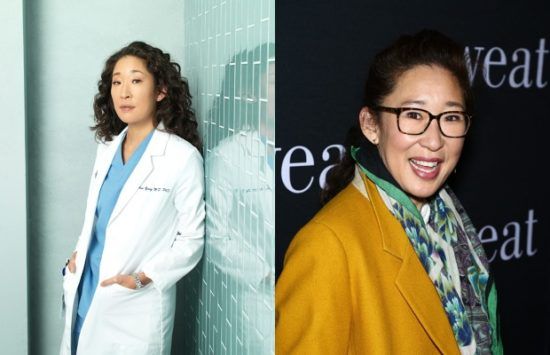 Patrick Dempsey’s shocking season 11 exit from the show after starring in the series since the beginning had many fans wondering how Grey’s Anatomy could continue without him. Since his death meant there was no hope for a Derek Shepherd return, many were surprised when the roles didn’t come flooding in for the actor, or if they did, he turned them down. A year after his exit, he returned to the big screen in Bridget Jones’s Baby and aside from that role has instead focused on his car racing until he signed on to return to TV as the lead in The Truth About the Harry Quebert Affair which is a 10-episode mini-series based on the novel of the same name. Along with the show, he has a few other projects in the works including a role in the film The Postcard Killings and is rumored to be reprising his role in the sequel to his 2007 film Enchanted which is being called Disenchanted. 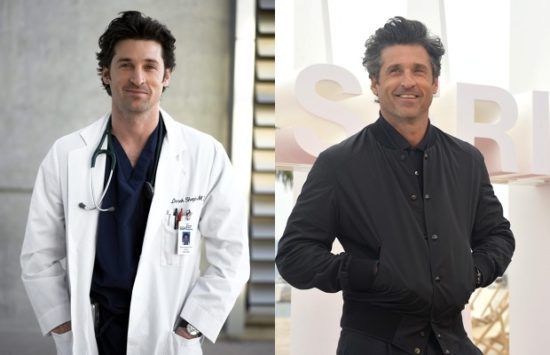 With major losses in seasons eight, nine, ten and eleven, fans were waiting on the edge of their seats to see what star would not be returning past season 12 and to their dismay it turned out to be Sara Ramirez. For 10 seasons Ramirez played Callie Torres before taking her leave in the season 12 finale, but unlike many of the others, her character left unscathed and with the hope that she could return, as she said, “Shonda been so incredible to work for, & we will definitely continue our conversations!” Following her 2016 exit, she continued on with her voice work as Queen Miranda on the animated series Sofia the First which she began back in 2013. In 2017 she returned to TV as a series regular in the CBS series Madam Secretary, playing the role of Kat Sandoval. 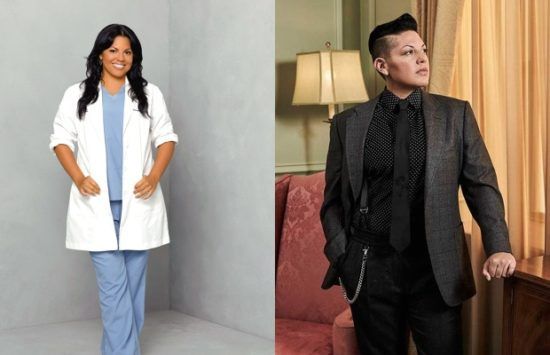 When Jerrika Hinton first stepped into Grey’s Anatomy as Dr. Stephanie Edwards in the ninth season, she became a polarizing figure with some fans loving her character and others hating her. After five seasons, Hinton decided it was time to move on from the hit series and went on to appear in the mini-series Flip the Script as well as the film Odious. Things were looking up when Hinton was then cast in the new HBO series Here and Now which posed itself as a somewhat darker version of the incredibly successful NBC drama This Is Us. Unfortunately after only one season, Here and Now was canceled and Hinton is now on the search again for her next big role. 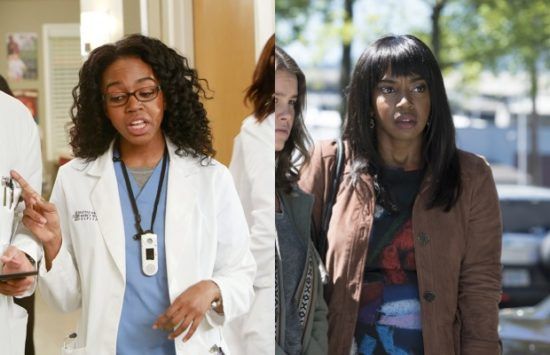 Season 14 of Grey’s Anatomy brought not one but two shocking exits for fans including Jessica Capshaw as Arizona Robbins. Although the announcement that Capshaw’s contract had not been renewed for season 15 led to a lot of dramatic assumptions about why she was let go, fans didn’t have to see her character die. With her exit still being so new, the actress has not announced what is next for her professionally, although fans did catch her tweeting at Jane the Virgin creator Jennie Urman, who responded asking if she could write something for Capshaw to which she replied, “From camp BFF’s to comedy wranglers on television. YES PLEASE!” Maybe after 10 seasons Capshaw is just looking forward to spending some time with her husband and four children before she takes on her next major role. 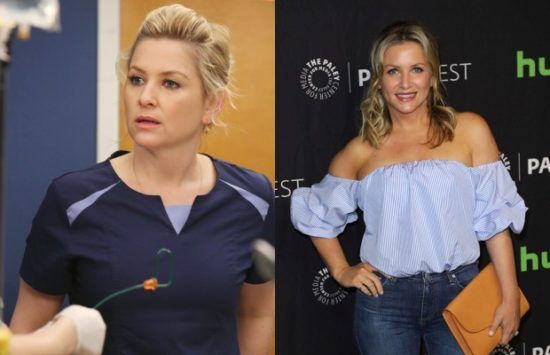 The second half of the shocking season 14 exit was, of course, Sarah Drew as April Kepner. Like Capshaw, Drew didn’t necessarily walk away from the show but her contract was also not renewed for season 15 after nine seasons in a starring role. Although things didn’t look good for April at the end of the season, she too was not killed off, and while it isn’t likely April will be returning to the hospital, everyone is left wondering what Drew’s next move is. Shortly after the announcement she was leaving at the end of season 14 it was revealed that she had already been cast as the co-lead in the reboot of the ’80s female cop series Cagney & Lacey, but just as it looked like her next big role was already on the go, CBS opted not to pick up the series to instead focus on their reboot of Magnum P.I. With Cagney & Lacey not moving forward for now, Drew is confirmed to be starring in the upcoming film Indivisible. 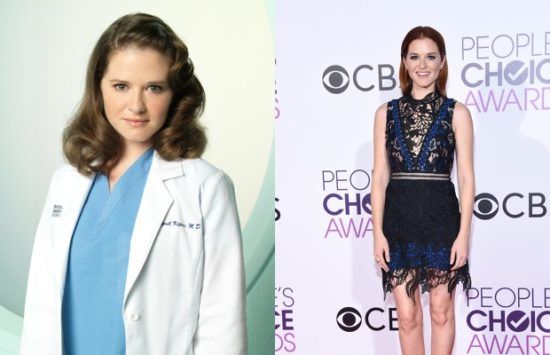 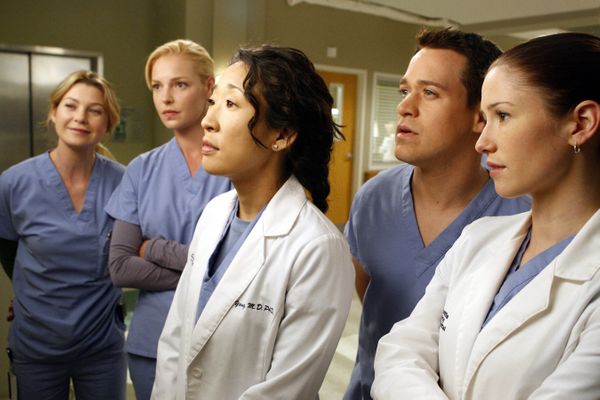