Over more than 10 years and more than 15 seasons, Grey’s Anatomy has taken fans on a wild ride of ups and downs. While there is a reason the series has become one of the most popular and successful shows with its (mostly) fantastic characters and intense storylines, it is also one of the few shows where fans can’t tell if they have had enough or not. At this point, many fans are still watching the series because they have invested this much time into it, and for many, there have been a few episodes or seasons where they questioned whether the show had lost the edge that made it special. Although there have been many amazing Grey’s episodes, seasons and moments, it has also had its fair share of storylines that did not resonate with fans the way writers intended. Take a look back on the show’s most ridiculous storylines:

The early seasons of Grey’s Anatomy are the reason fans became as invested as they did in the series. The early seasons built the foundation and were there before it was as much of a soap opera as it is now, but that doesn’t mean it didn’t have some ridiculous moments back then as well. George’s love for Meredith was almost embarrassing and hard to watch as she was presumably the only person who didn’t notice his obvious crush on her. The awkward situation finally resulted in the pair sleeping together in season two’s “Yesterday.” The resulting storyline was annoying, juvenile and cringe-worthy as the pair stopped speaking and George began his relationship with Callie. It was hard to believe that surgical interns could be so immature and focus more on their personal lives than the intense and life-threatening situations around them.

Season eight’s plane crash was one of the show’s most iconic storylines of all time and that will never change, but some of the angles it took ended up being the worst and most ridiculous of the series. The plane crash gave Grey’s fans some of the most emotional and raw moments and while the death of Lexi was shocking and traumatic it wasn’t ridiculous, but the same can’t be said for Mark’s death storyline. To kill off the beloved couple was one thing, but to drag out Mark’s death and for a minute give hope he was going to survive was unnecessary.

Since her first appearance in season 10, Maggie Pierce rubbed many longtime Grey’s Anatomy viewers the wrong way, and before long she was considered one of the most annoying characters on the show. In true Shonda Rhimes fashion, Maggie couldn’t just be another character, but actually Meredith’s half-sister and one of the show’s most annoying, worst and ridiculous storylines came with a love triangle between the two women and Dr. Nathan Riggs. Between fans not being ready for Meredith to move on from Derek, to her literally going back to her old selfish ways when it came to men, the storyline got out of hand quickly. Instead of being honest with Maggie knowing that Maggie had feelings for Riggs, she instead was catty and told Riggs not to go out with Maggie even though Meredith wasn’t sure how she felt about him yet. Meredith should have been much more mature and responsible after all those years, and it was sadly comical to revert her back to playing the victim when it came to manipulating men and relationships. Then of course, Maggie acting like a child instead of an adult escalated the drama more in a love triangle that fans wish would have just ended already.

The introduction of Ava/Rebecca Pope in season three and through season four allowed for some of Alex Karev’s best character development but also resulted in a completely ludicrous storyline. With a woman who couldn’t remember anything about her life and needing complete facial reconstruction surgery, fans knew the writers were going to make as much of this character as possible, and her story just kept getting more and more complicated. What started out as a somewhat adorable romance between Alex and Ava got old quickly when it was clear she was not in a healthy mental state and she began to unravel. After getting invested in her story and her romance with Alex, the last anyone saw of her was that she was moved to a psychiatric facility and was never mentioned again, giving fans one of the most lazy and ridiculous ends to an important storyline out of the entire series.

As so many characters come and go, it didn’t take long for Jackson Avery and April Kepner to become two new stars, and while their relationship has come to grow on fans, it has also had some of the most strange or absurd storylines. Since getting together, their relationship seemed to be nothing but ups and downs and it all came to an unrealistic and yet predictable pinnacle when Jackson declared his love for April during her wedding to Matthew. Things only became more ridiculous when the pair who seemingly couldn’t live without each other got pregnant and couldn’t agree on how to raise their child with Jackson calling April’s faith “silly fairytales.” At this point, many fans had had enough of their storyline because with how important April’s faith is to her, it should have come up long before that Jackson only viewed it as “silly.”

Over the years fans have reconciled with season seven’s musical episode “Song Beneath the Song” but at the time it aired, many saw it as the moment the series had officially jumped the shark. Music has always been an important component for the series, but the episode took that and almost made a parody out of it in an excuse to showcase Sara Ramirez’s singing skills. At this point Grey’s had learned there were no limits, so of course the whole episode came about because Callie was thrown through a windshield while pregnant which fans already didn’t agree needed to happen. Having part of an episode with Sara Ramirez singing would have been fine, but to base an entire episode around it as well as have the other cast members (and less talented singers) perform as well made for an awful and almost laugh-worthy episode because of how campy, cheesy and ridiculous it was.

There is no denying that Denny Duquette was one of the best supporting characters of the series, but that is what makes what happens with his storyline even worse. Even before his death things began to get a bit ridiculous when Izzie cut his LVAD wire and wasn’t even kicked out of the program, but the show hit a new low following his death. In a single moment, Grey‘s ruined what was one of its best relationships when Denny returned as a ghost in season five, and Izzie thought she was having sex with him. On top of the outrageous “ghost sex” which of course led to Izzie’s cancer diagnosis, it was ridiculous that for quite awhile Izzie refused to deal with the $8.7 million that Denny left her.

By season three Grey’s Anatomy was gaining more traction and attention than anyone and it had a lot to live up to in season three, and while the entire season was not disappointing, it did offer up one of the show’s most ridiculous storylines of all. The ferry crash was one of the most dramatic tragedies the team had to deal with up until that point, but it took an even more surprising twist after Meredith was knocked overboard in the chaos and seemingly just stopped swimming. Aside from questions of whether or not Meredith was actually trying to commit suicide, there were even more problems with the trajectory the storyline took. From the soap opera-like supernatural interactions with Denny and Officer Dylan to the unreasonable time she was underwater, only to wake up with no brain damage earned a collective eye-roll from fans.

Leading up to the permanent departure of Derek “McDreamy” Shepherd, fans were already disappointed with the progression of events between himself and Meredith. After their on-again, off-again cycle went on for way too long, the two should have been stable, but the drama continued as the pair fought about Derek’s job opportunity in Washington D.C. After it all, everyone was blindsided by his absolutely shocking death, but the worst part was there were so many holes in the storyline. Somehow Derek ended up at a hospital where it seemed like no one was actually qualified to deal with anything more than an injury requiring stitches. With all of the incredible recoveries other characters had made — namely Meredith after her drowning — it made no sense how more wasn’t done to save Derek. 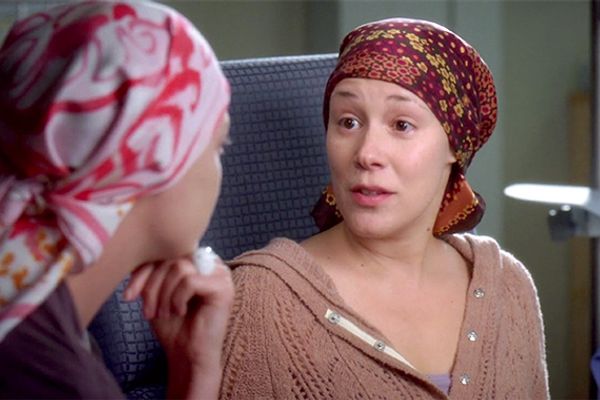