Although it has been through a few different versions, and many different time slots, Jeopardy has without a doubt has had one of the most successful runs in game show history. Fans have watched for years and played along all the while, and luckily a few contestants have spoken out about what’s it like to be on the famous show and how they got there in the first place! Check out 10 behind the scenes secrets from Jeopardy:

On many game shows, it is important to have an ordered and uniformed look, which means that different tricks have to be used to ensure that all three contestants are around the same height. Behind each podium every contestant stands on a platform that is lowered or raised in order to make everyone the same height.

Anyone can take the online test out of which potential contestants are picked from. According to a former contestant, the online test happens once a year, usually in January, and those who take the test are asked to answer 50 questions in 15 minutes. Once the test is over, however, they do not reveal your score, but if the score is above a certain percentage, those people are put into pool and a select few are randomly chosen to move on in the process. Apparently there can be quite a bit of time between taking the test and hearing back; for example, one contestant took the test in January and wasn’t emailed about an audition until mid April.

Of course, one of the perks of actually getting to be on the show is meeting the infamous longtime host, Alex Trebek! Unfortunately, a lot of former contestants have recounted that you actually don’t get a lot of time with the host and for the most part he is somewhat “standoffish,” with one former contestant stating, “he does very little interacting with the contestants outside that actual taping of the game.”

Fans of Jeopardy are well aware of the funny and sometimes awkward interview portion of the show between contestants and Alex Trebek, and that is of course all planned out ahead of time. Before contestants even audition, they have to fill out an extensive form which asks all kinds of things about your personal life, and they have to try to think of things that will make them stand-out. Unfortunately, for a lot of them, they had long forgotten about those “fun facts” and it makes the interview with Trebek that much more awkward. As it turns out, the interviews are also edited very heavily, helping some of the worst interviews look a little better when the episode airs.

After being selected from those who passed the online test, the chosen contestants have to attend audition day with about 100 other people who have been chosen. Producers go over rules and then split the group into two to take another written test, and then they do a mock show with clues on a screen in order to gauge how well and how quickly everyone reacts, buzzes in and answers. At the end, the potential contestants are told there is an 18 month window during which they could get a call to go on the show, but there are no guarantees.

The filming process for the episodes is actually quite surprising because everything is taped in one day! They are so efficient that five episodes are taped per day for two days in a row and then everyone gets two weeks off before doing it all over again. It only takes around 15 minutes per taping, but it all depends on how many retakes are needed or if there are any malfunctions with  equipment. Contestants are also asked to bring at least two outfits in case they win in which case they have 10 minutes to get changed and get their makeup retouched before filming again.

4. The More You Know

For quite some time there has been a rumor about Jeopardy that the producers tell the contestants which categories they should expect while they are in the greenroom, but that isn’t true at all. The show is so secretive and protective in fact that they have writers create six sets of questions for each week of shows, and then an independent company is hired to choose a random question set right before the episode begins ensuring that no one finds out questions or categories ahead of time.

As fans know, it is all about the money when it comes to Jeopardy, and for the winners, they get paid in a lump sum and have to wait 120 days after their episode air date to receive the money. Meanwhile, the studio doesn’t pay for contestants flight or hotel; they usually have a month to book a flight and a room at a recommended hotel, but get no assistance from the show.

It goes without saying that competing on Jeopardy is stressful as your mind can go blank in the pressure of the moment, and as it turns out, according to one former contestant, hitting the buzzer is one of the most stressful parts. Contestants are supposed to buzz in during a small amount of time after Alex Trebek finished reading the clue, but before the lights on the side of the game board flash. It is extremely difficult for some contestants to not only keep that in mind, but at the same time trying to think of the right answer and remembering to phrase it as a question all in the span of a few short seconds.

A lot of people think about how awesome it would be to win a bunch of cash either on Jeopardy or even through the lottery, but few take into account how that impacts filing taxes and of course how that reduces the actual amount you end up with. Winners have to file taxes in whichever state they live in and of course the state in which they won the money which is California. One contestant had 7% taken off by California, and Federal taxes took another 30% quickly making the winnings much smaller than what was seen on TV. 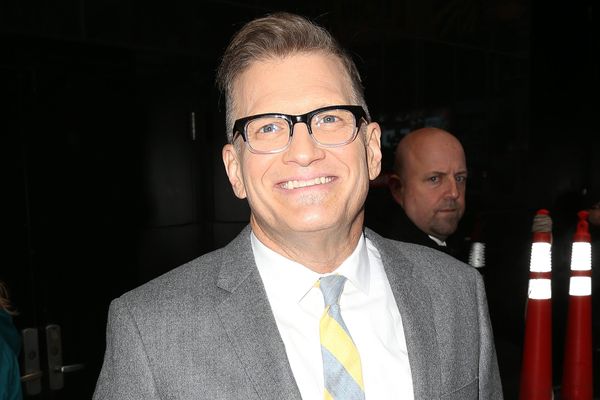