Rare Celebrity Pics From The ’90s You Haven’t Seen

The ‘90s were a great time. So many of the celebrities that are around today were just getting their careers started back then and, because of this, we have some really amazing pictures of them. Check out these 12 rare ‘90s pics:

12. Leonardo DiCaprio and Johnny Depp at the Premiere of What’s Eating Gilbert Grape – 1993

Leonardo DiCaprio and Johnny Depp weren’t friends when they filmed What’s Eating Gilbert Grape. According to Depp, he would “torture” his 19-year-old co-star, who clearly looked up to him. In this photo from the premiere, they do look friendly! 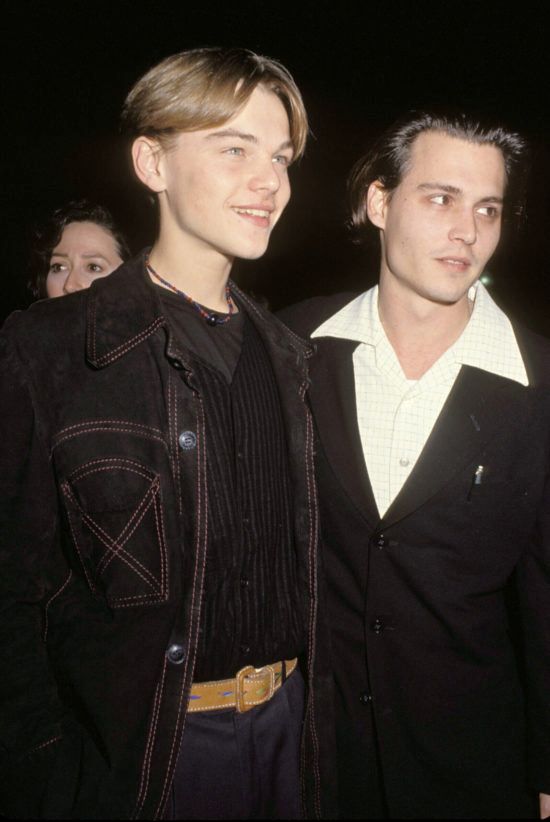 At the premiere of Gia, Angelina Jolie decked herself out in black. This was a big film for Jolie at the time. Her performance was praised and she received a Golden Globe Award, an Emmy nomination and a Screen Actors Guild Award. 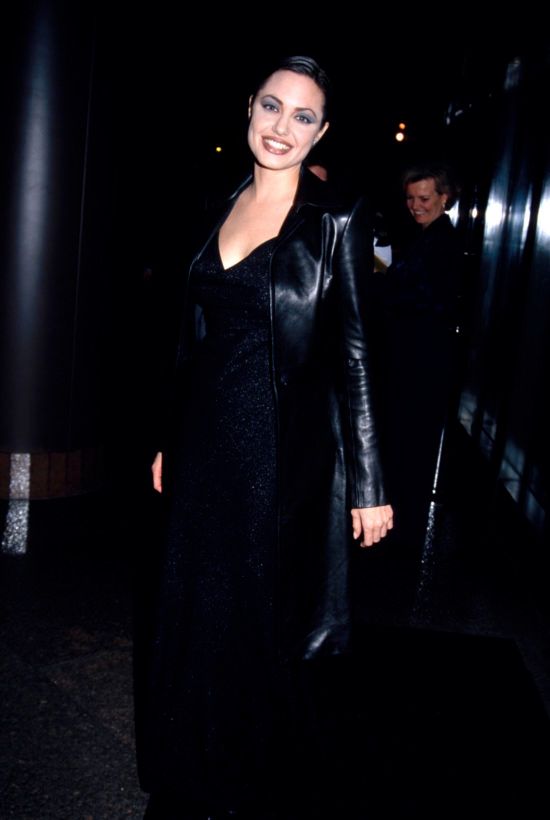 Julia Roberts’ career was on fire in the ‘90s. While she usually looked stunning on the red carpet, she opted for a different look at the premiere of Bob Roberts. It looks as though she belongs in an Elizabethan period piece in this suede number! 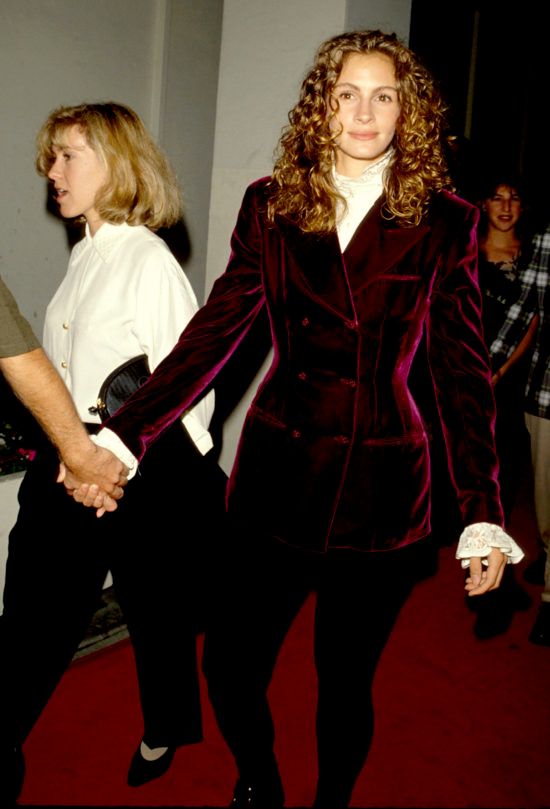 Mariah Carey was one of the biggest singers of the ‘90s and she was super hot to boot! This picture was taken at the Blockbuster Entertainment Awards in 1998. She picked up the award for Favorite Female Pop Artist – big surprise there! 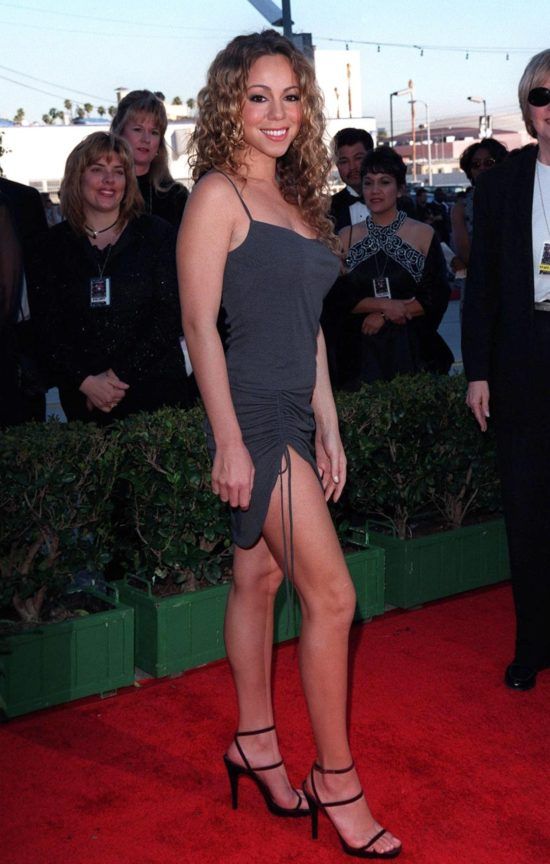 8. Cameron Diaz and Matt Dillon at the Premiere of Wild Things – 1998

Back in the ‘90s, Cameron Diaz and Matt Dillon were a thing! They dated for three years, from 1995 to 1998. They broke up shortly after they finished filming There’ Something About Mary. Here they are in 1998 at the premiere of Dillon’s movie Wild Things. 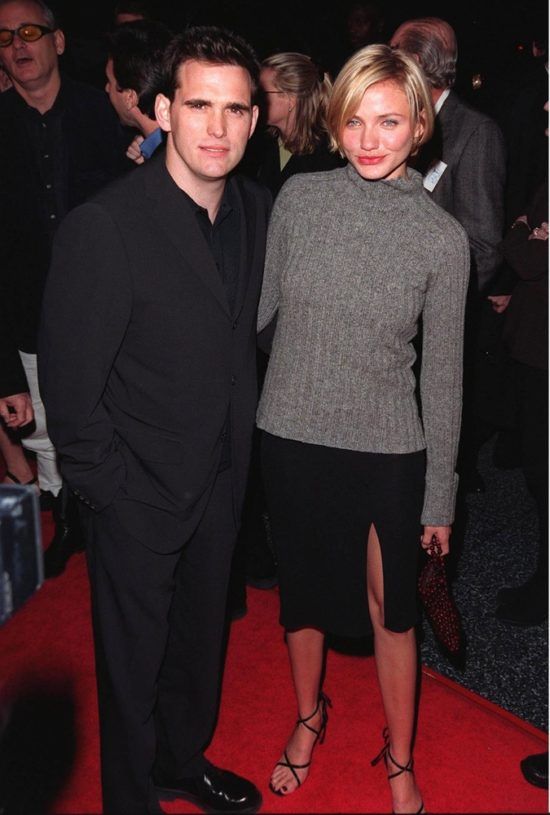 This picture of Justin Timberlake was taken during NSYNC’s second tour, which is now known as Second II None Tour. The group was just starting to become popular in North America and Timberlake’s life had yet to truly change! 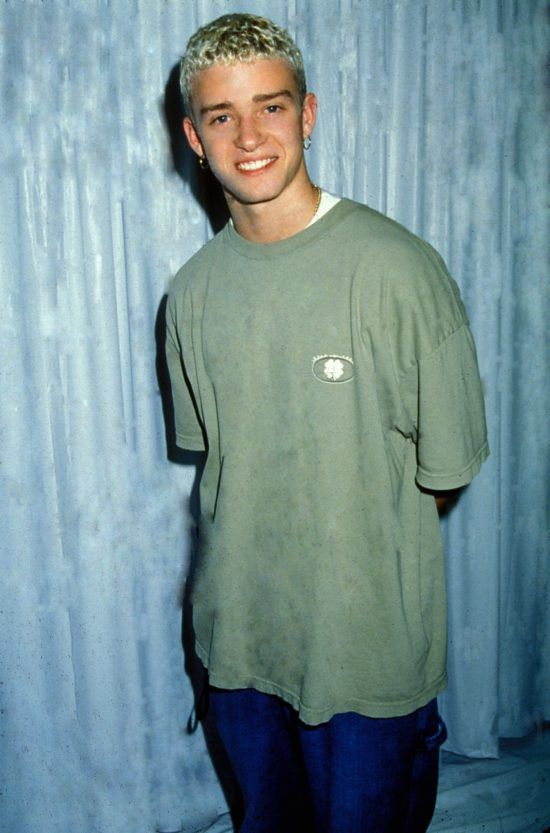 6. Prince Charles with the Spice Girls in Manchester – 1997

Prince Charles met the Spice Girls at the Manchester Opera House during a royal gala performance to celebrate the 21st anniversary of the Prince’s Trust. Mel B and Geri Halliwell broke royal protocol by kissing the prince’s cheeks. In this picture, you can clearly see their lipstick on the left side of his face! 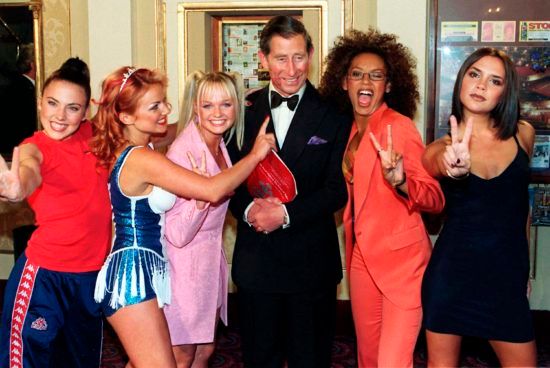 5. Drew Barrymore and Sara Gilbert at the Poison Ivy Premiere – 1992

Drew Barrymore and Sara Gilbert were co-stars in the 1992 movie Poison Ivy. In the movie, their characters stare a steamy kiss! This isn’t the only film there were in together. In 2001, they were co-stars again in Riding in Cars with Boys. 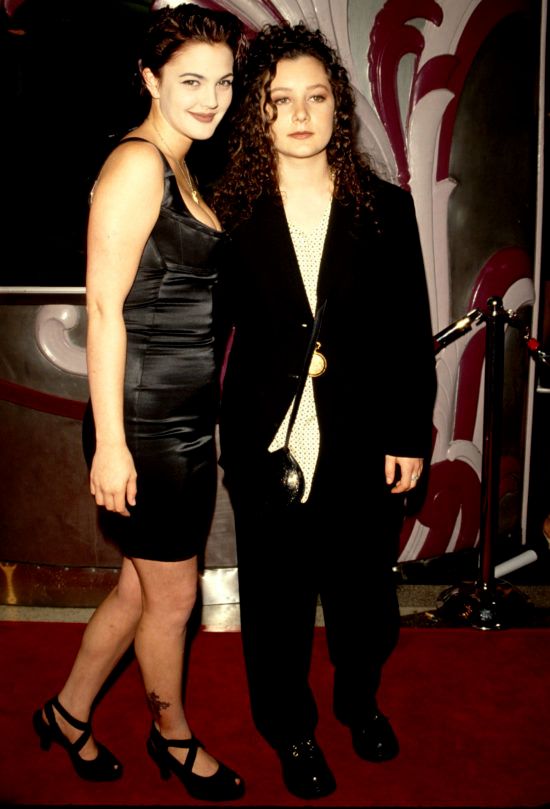 A young Britney Spears was at the American Music Awards in 1999. She was only 17 years old at the time and looked a lot different with her naturally brown locks. This was just as her career was beginning to take off thanks to her hit “…Baby One More Time.” 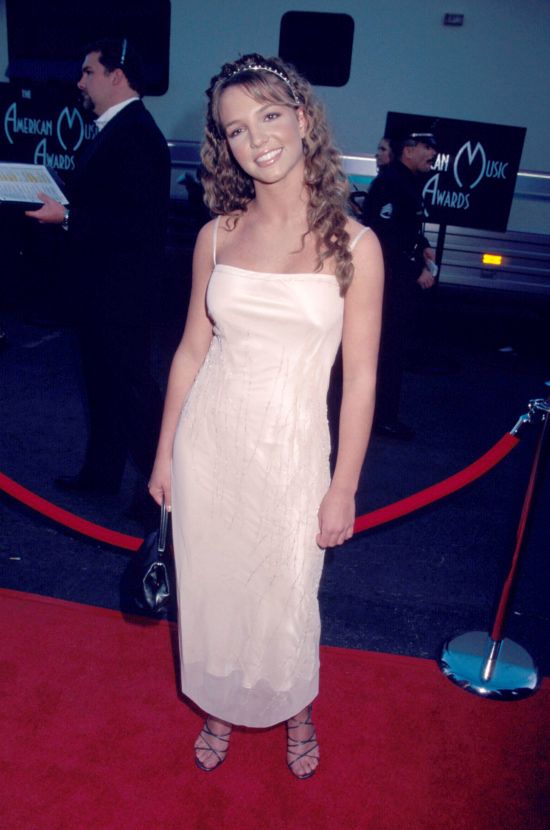 3. Gwen Stefani and Courtney Love at the MCA/Universal Grammy Bash – 1998

Here is Gwen Stefani and Courtney Love together at the MCA/Universal Grammy Bash in 1998. It’s unclear whether or not they were ever friends but, according to Love, she had Gavin Rossdale before he got together with Stefani. She claims that he only hooked up with the No Doubt singer was because she dumped him for Edward Norton. 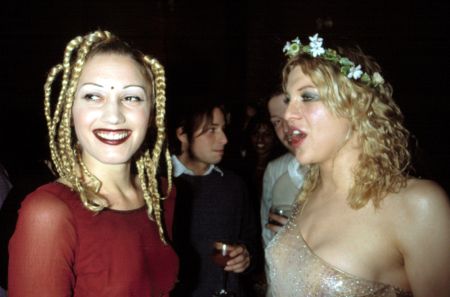 This Oscar-winning actress attended the Romeo + Juliet Premiere in 1996. She looks like she was going to a masquerade party with that mask she had on! Fun fact: Reese Witherspoon was considered for the role of Juliet in the film, but it ended up going to Claire Danes. 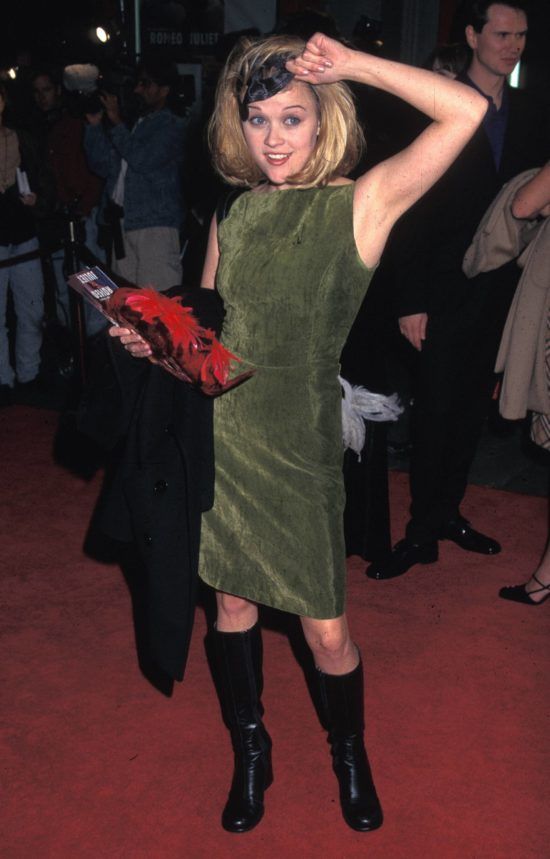 Gwyneth Paltrow and Kate Moss have been friends for years; however, it is unclear how or when they met. This photo of them is from 1998. They were at the New York Calvin Klein Show, looking supper chummy and really young. It’s hard to believe that this was 20 years ago! 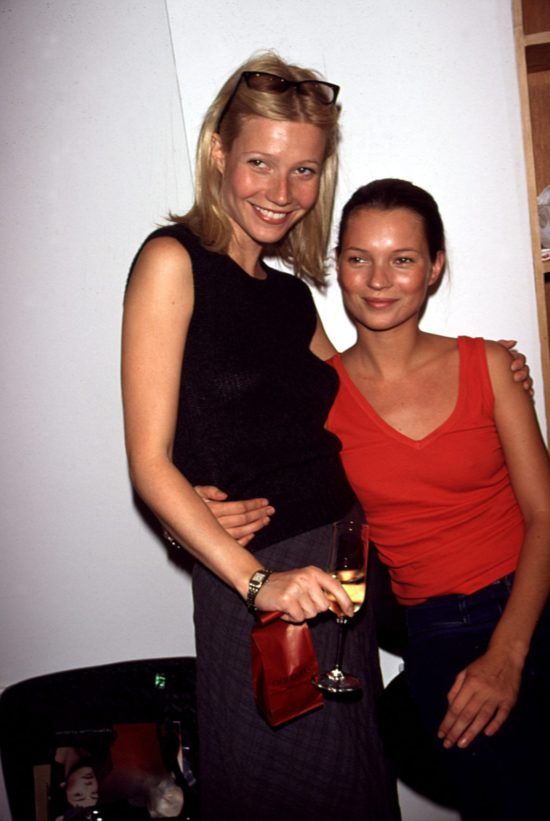 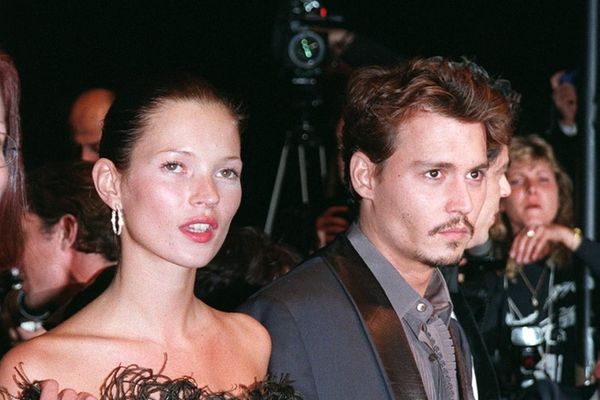