As with any year, 2021 saw its share of soap opera news. There were the usual headlines about castings and recastings, but there were also headlines about sudden firings, real-life romance (or drama) between co-stars, and decisions that changed the canvas of your favorite soap! Covering The Young and the Restless (Y&R), General Hospital (GH), Days Of Our Lives (DOOL) and The Bold and the Beautiful (B&B), these are the major soap opera headlines of 2021, as determined by readers!

During a casual pizza break with Y&R cast and crew, Melissa Ordway (who plays Abby) probably thought nothing of posting a group photo on Instagram. However, soaps fans were immediately drawn to the shiny engagement ring on co-star Sharon Case’s finger… especially because the cast members were in their own casual attire. Is Sharon secretly engaged to longtime boyfriend and colleague Mark Grossman (who plays Adam)? Despite a flurry of media attention, the couple has yet to reveal the truth!

11. The Long Wait For DOOL’s Renewal

DOOL endured another year of speculation and drama behind the scenes as they negotiated with NBC for renewal. After the previous upheavals in 2019, when production shut down and the cast were released from their contracts, it was difficult to say whether this long-running soap would persevere. Luckily for daytime drama fans, DOOL was not only rewarded a 57th and 58th season, it also tested out the streaming waters with two Peacock programs: the Beyond Salem miniseries and DOOL’s first holiday movie!

2021 saw GH’s Ingo Rademacher go from low-key, soap opera mainstay to button-pushing, political pundit after the global health crisis impacted ABC studios. With two cast members quarantined, Rademacher first flipped out on fans who blamed him for the positive cases, calling them “bigots” and “morons”. He would later come under fire for sharing a transphobic meme, which prompted the rest of the GH cast to reach out in support to the trans community. Even after his firing, Rademacher has continued to draw attention as he recently dropped a lawsuit on ABC.

Daytime viewers were excited when many of their favorite stars announced that they were expecting! Y&R’s Melissa Claire Egan and GH’s Sofia Mattsson each gave birth to their first babies, while B&B’s Karla Mosley and Jacqueline MacInnes Wood each gave birth to their seconds. As it turns out, Wood is already preparing to expand her family again, as she’s expecting a third baby for 2022!

8. The Limbo Of Doug Davidson

For an actor who has made zero appearances on daytime television this year, it’s a tribute to Y&R’s Doug Davidson that his fan base remains so fervent in their desire to see Paul Williams on-screen again. From our own editorial standpoint on the actor’s strange status with CBS to Davidson’s frequent comments online, Y&R’s silent treatment remained a hot topic throughout 2021.

7. Who Is Kristen DiMera?

Another uneasy handling of soap opera talent went down at NBC this year as DOOL juggled both Stacy Haiduk and Eileen Davidson in the role of Kristen DiMera. Haiduk has recounted her panic upon hearing that Davidson, who was the original Kristen, had signed up to appear in Beyond Salem, but at least that was an entirely different project. However, both actresses have now appeared in DOOL this fall, making viewers question what the future of Kristen will look like.

2021 also saw the passing of some familiar faces in daytime drama. Soaps fans said goodbye to many fan-favorites, including Jerry Douglas, Michael Tylo, Bergen Williams, Stuart Damon and Jay Pickett. Some of these actors created their legacy with one specific soap opera, while others made memorable contributions to several. They’ll each be missed.

The whirlwind courtship of GH’s Chad Duell and Y&R’s Courtney Hope might’ve begun five years ago, but it certainly culminated in some wild headlines during 2021. After announcing their engagement in February, the real-life soap opera super couple turned heads with a dramatic, red-and-black themed wedding in October. Sadly, less than eight weeks later, both Duell and Hope began purging their Instagrams of any photos which included the other. While many publications have “confirmed” their separation, we await one of these newlyweds to speak up on the issue.

4. The Uncertain Future Of Y&R‘s Chance

The role of Philip “Chance” Chancellor IV on Y&R has never been super stable, but 2021 saw it go on a rollercoaster of speculation. Fans were dismayed when Donny Boaz was fired in February and annoyed by the storyline of Abby missing her husband (which, in the eyes of many viewers, went on forever). Just when Chance was presumed deceased on the show, co-star Amelia Heinle inadvertently revealed that Chance would soon return alive. Within days, the recasting of Chance was announced, with Conner Floyd assuming the role.

From the moment GH star Nancy Lee Grahn tweeted about allegedly unsafe working conditions at ABC, exit rumors began to stick to co-star Steve Burton (who played Jason Morgan). Despite saying very little about the debate brewing around Ingo Rademacher and GH, Burton was always name-dropped as someone who might leave the soap due to ABC’s impending health mandate. Viewers weighed in on the odds of Burton leaving GH mere days before his firing, and the majority refused to believe the rumors. His termination really stunned readers, whether they watched the soap or not!

Much like Burton’s firing, the news that Y&R’s Hunter King and Michael Mealor would soon part ways with the CBS soap was hard for many fans to believe. From the initial report to co-star Jason Thompson (who plays Billy) confirming Mealor’s exit, viewers couldn’t believe that Y&R would put one of their beloved super couples in jeopardy. So when Mealor announced his exit and Hunter King announced hers, it sent shockwaves through the “Skyle” ranks, and beyond!

While the war of words between GH cast-mates and the firings of Rademacher and Burton were major headlines independently, they’re all part of the news story that rocked the entertainment industry: ABC’s health mandate. The mandate, which was erected by parent company Disney on November 1st, insisted that all ABC employees must be vaccinated in order to work on set. Whether readers support or disapprove of this decision, the contentious issue has been read and remarked upon more than any other headline in 2021! 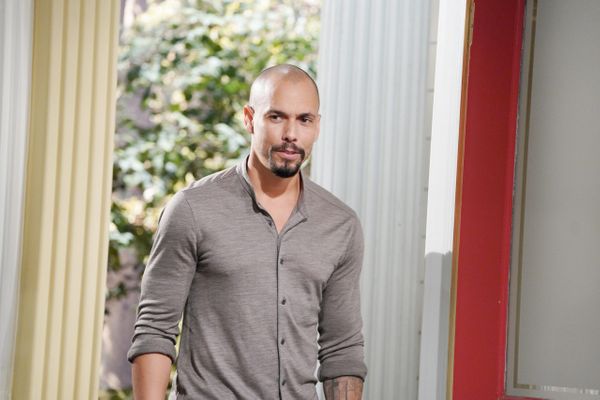