Every soap fan has their favorite super couple, and they also have the ones they aren’t overly fond of. Many unlikely romances graced daytime drama this year, and as Fame 10 continues to reflect on the best (and worst) the past twelve months had to offer, today we rank the least-liked soap opera super couples of 2021.

This one lands at the top of the list because there were some General Hospital (GH) fans who loved the sordid nature of Sonny’s wife and best friend becoming a couple. However, there were plenty of viewers who felt the show (somewhat) rewrote history and turned these friends into something that they shouldn’t have become. Viewers felt this way not only because Sonny was alive and well, but more so because Jason and Carly had a unique friendship. In many ways, their wedding, romance and *almost* intimate encounter tainted their non-sexual relationship.

Over in the land of The Young and the Restless (Y&R), Jack Abbott teetered on the idea of hooking up with the much younger Sally Spectra. She hit all the checkmarks of a woman he might be interested in, from her business savvy and creativity to her smarts, beauty, and thirst for adventure. Sadly, one major point that was a “hard no” for Jackie was scheming and manipulation. Some fans liked the idea of Spectra and Jack together, while others did not. Here’s hoping both characters get a heaping plate of romance, come 2022. They both deserve to be in love.

At first glance, the idea of cop Rafe Hernandez hooking up with former mob-princess Ava Vitali seemed interesting; however, with sparks flying left, right, and center between him and buddy Nicole Walker, all bets were off for this couple. And that’s especially true, now that Ava has been doing a ton of underhanded things as of late.

EJ and Nicole land on this list for the same reason that Rafe and Ava do; most Days of Our Lives (DOOL) fans want to see Nicole with Hernandez — not EJ DiMera. Plus, DiMera and Walker have a terrible romantic history, during which he was rather controlling and ended up breaking her heart to be with Sami. Nicole may have the upper hand on her nemesis now, but it’s only a matter of time before EJ hurts Walker again.

The “Mike” and Nina romance was an interesting watch because of all the drama that surrounded their relationship. Reeves knew that “Mike” was really Sonny but fell for the new (and in some ways, improved) version of mob-boss Corinthos. Their love was essentially built on a lie and left “CarSon” fans outraged that Nina kept this secret hidden until she had no choice but to come forward. As Nina and Sonny interact outside of Nixon Falls, will viewers be more comfortable with the idea of them coming together in 2022?

Ben Weston literally moved mountains to bring Ciara back to Salem, despite everyone thinking she had passed away. So, when she was finally home, “Cin” fans everywhere celebrated! Except that was all cut short when it was crystal-clear that Ms. Weston still thought her hubby was a serial killer and thus instantly drawn to ex-boyfriend Theo. Carver’s a great young man; however, he never stood a chance with “Cin” fans, who wanted the romantic reunion they had been waiting many months for.

On paper, Dante and Sam look like the perfect couple. Both are good-looking, street smart, can solve a mystery in mere days, and seem “right” for each other. With that said, they just don’t have the sparks or chemistry they should have. Sometimes two top heroes in a soap opera can look good on paper, but fizzle onscreen.

Have Ned and Olivia suffered the same fate as Sam and Dante? They look good together, and even as a married couple, they are “okay”; however, many fans still question why writers didn’t explore the Robert Scorpio and Falconeri romance a little closer. Robert deserves some love in Port Charles, and Ned might not be the best fit for Olivia, after all.

These two may not be a pair anymore, but it took a lot of shenanigans on Kristen’s part to finally open Brady’s eyes. She almost ended Kate Roberts’ life, kidnapped Rachel, and switched lives with Susan so she could escape jail to spy on him and Chloe — among other things. While DiMera and Black seemed to be on the same page in 2020, Kristen snapped back to her old self very quickly in 2021.

It was surprising that Chloe chose to pursue a relationship with Philip this past year, despite the feelings she had for Brady. Sadly, Kiriakis’ jealousy has been the downfall in this relationship since the summer and fall. As of this writing, it looks as if Philip is trying to pull a fast one on Lane (and Black) through his “disappearance” act and setting Brady up for the downfall. Chloe and Philip likely won’t last long after the truth comes out, but this might be for the best.

He totally put the moves on Sharon while Chelsea was paralyzed in a wheelchair (thanks to him). Meanwhile, she got better (but kept it a secret) to frame him for Rey Rosales’ poisoning. This year has been a big one for “Chadam” fans, with some ups, but mostly downs, as both characters crossed relationship lines multiple times. They are better off apart, but will Connor (and Chelsea’s obsession) bring them together in 2022?

Spencer hasn’t made the best choices, but he’s a teenager and allowed to make mistakes. Plus, he hasn’t had the best of role models in his dad. With that said, Cassadine is trying to put a better foot forward. Esme, on the other hand, is pure evil and will ultimately bring Spence down, if he doesn’t shake her soon. Here’s hoping he does break up with her so that this can open a door for him and Trina to share something special. 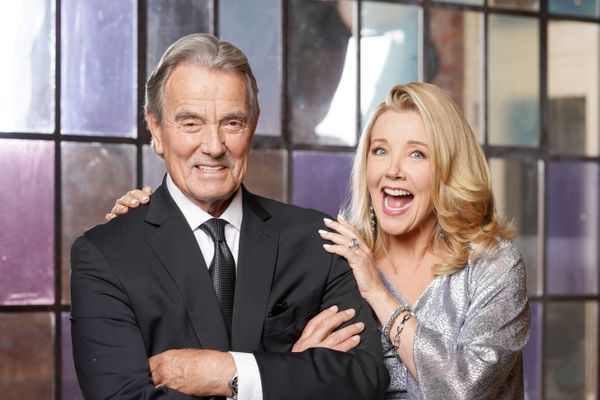