Real Housewives Franchise: 10 Cities That Should Get Their Own Show

10. The Real Housewives of Hawaii

The Real Housewives are known for their lavish lifestyles, not unfamiliar with beaches and bikinis, but Bravo could take it even further with a full-on island experience. Pass the leis and Tiki drinks, The Real Housewives of Hawaii could feature wealthy women who dominate the social scene of the island (or islands depending on where exactly they’re located in paradise). Aloha, ladies!

9. The Real Housewives of Alaska

Not into sun, sand, and island living? (What the heck is wrong with you? JK!) Perhaps snow and wilderness living is more your style. And speaking of style, wouldn’t you love to know how the high-living ladies of Alaska show of their style along with their money and drama-filled days? You know you would! Wealth and wolves, bling and bears, tantrums and tundra…How could it miss?

8. The Real Housewives of Aspen

Hitting the slopes with real housewives ladies could mean more than just skiing day after day. Aspen has its fair share of millionaires and billionaires living amongst its majestic mountains, certainly enough to fill the cast of The Real Housewives of Aspen. With boutiques and restaurants catering to its wealthy clientele, as well as the natural landscape which is (needless to say) wildly spectacular, there would be no shortage of locales, ladies, and lavish lifestyles to make the show a success.

7. The Real Housewives of Seattle

All that rain keeping the millionaires of Seattle inside so much of the time, there’s surely enough spastic drama to go around. In the shadow of the Space Needle, wealthy socialites flaunt their fortunes, figures, and feisty friendships (and, of course, feuds). Bring this show to Seattle and there will be more storms than just the ones in the skies.

6. The Real Housewives of Salem

Get ready for some real Bravo magic! The Real Housewives of Salem could have the perfect combination of old-world history mixed with present-day high-society living. Famous for its witch trials, Salem doesn’t shy away from its infamous past and still hosts some of the country’s oldest settler-descended families known from the legendary trials. Among them, modern Wiccans walk the streets, under shops with broomsticks and black cats displayed for locals and tourists alike. Hocus-pocus and hoity-toity perfection!

5. The Real Housewives of Las Vegas

Who’s willing to gamble that The Real Housewives of Las Vegas would be a massive hit? It’s a pretty safe bet that in the glittery epicentre of the dessert would be some frisky, feisty ladies ready to enthrall the world with their Sin City antics. What happens in Vegas stays in Vegas…but should really happen on screen for fans to enjoy. Roll the dice and make it happen, Bravo bosses!

4. The Real Housewives of Savannah

Savannah has a gorgeous, mysterious culture unto itself and will always capture the attention of the outside world. Filled with beautiful buildings, grand gardens, fairy-tale-like trees, and quirky characters, it is the stuff of real housewives dreams. With a sizzling social scene of elite personalities, The Real Housewives of Savannah could be the sultry-yet-eccentric sister of The Real Housewives of Atlanta.

3. The Real Housewives of New Orleans

New Orleans has undoubtedly faced its struggles over recent years, but that hasn’t done anything to squelch the city’s vibrant spirit. Rebuilding and continuing to thrive, it’s a city that would be the perfect under the spotlight and would bring its unique awesomeness to the viewers’ screens all over the world. With spicy jazz playing in the streets and spicy food being served in the restaurants, there’s plenty of millionaires strolling through the French Quarter. These are the key ingredients to some spicy behavior fans would surely love to be treated to.

2. The Real Housewives of San Francisco

San Francisco may have gained a fame for hippies and counter-culture back in the day, but presently, it’s the home to some of the country’s wealthiest folks. Foggy weather can’t put a damper on the lavish lifestyles of the areas socialites and real housewives fans would undoubtedly drool over the homes of these millionaires as well as the abundance of rich activities the area offers. But of course, no show would be complete without friction feuds and drama and the bold characters living near the Golden Gate wouldn’t disappoint viewers of a potential Real Housewives of San Francisco.

The Real Housewives of D.C. had so much potential. Wealth plus power plus politics, it had the perfect mix of drama-fueled potential and Bravo fans were practically drooling at the thought of The Real Housewives of D.C. ladies kicking it into action. Unfortunately, Real Housewife Michaele Salahi and her husband Tareq squelched those dreams as only a real housewife could. The pair snuck into a state dinner at the White House, a “media sh-t storm” hit (in their own eloquent words). Their lives were turned into “a living hell” and the bad press ended with The Real Housewives of D.C. being the first of the U.S. shows to be axed. It may have been the right decision on the part of the show’s producers, but perhaps enough time has no passed to give it another shot. Featuring some of the original ladies and some new ones thrown into the mix, The Real Housewives of D.C. has the potential to be the ultimate show of the franchise. 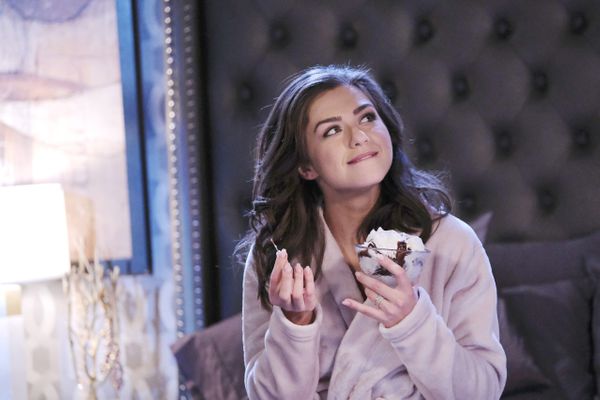