If there is one thing we learned from Prince Harry and Meghan Markle’s nuptials, it’s that these two are the real deal. They are so clearly in love and they really showed us that at their wedding. It was a beautiful ceremony full of moments that we want to relive again and again. In case you missed it or you just want to reminisce about the wedding, here are the 12 most memorable moments:

12. Meghan’s Car Ride to the Church

Maybe it was the anticipation or the fact that we hadn’t yet seen her dress but watching her and her mom initially in the car making their way to St. George’s Chapel was a particularly emotional moment. We finally saw her tiara and we could see how excited she was to finally marry Prince Harry.

Before Meghan arrived at the chapel, Prince Harry made his way over with Prince William on foot. The two looked dapper in their uniforms and it gave Harry an opportunity to wave to the crowds who were anxiously awaiting the wedding. It seemed like a long walk, but he looked really excited and a tad bit nervous.

10. The Arrival of the Bridesmaids

The bridesmaids all arrived before Meghan and they looked absolutely adorable. Kate Middleton arrived with them and helped them up to the church. The adorable Princess Charlotte gave the crowd a little wave and our hearts melted.

When Markle finally arrived at the church and revealed her Givenchy dress, it was a moment we won’t likely soon forget. With the long veil and the minimal details on the dress, it was just such a beautiful moment and she looked beautiful.

8. When Prince Charles Walked Meghan Down the Isle

As most people know, Meghan’s dad had a heart attack and was unable to make it to Britain for the wedding. He was supposed to walk his daughter down the aisle but, since he couldn’t, Prince Charles stepped in and took his place. It was such a sweet moment seeing how close Prince Charles and Meghan seem.

When she finally made it down the aisle, Prince Harry didn’t waste any time and told his soon-to-be-wife that she looked amazing. The fact that he said it and the way he looked at her when he did made all of us swoon.

Although Prince Harry had some difficulty lifting Markle’s veil from her face, most of us have already forgotten that because all we can remember is the sweet look she had on her face once it had been lifted. She looked so deeply in love with him.

5. Prince Harry Getting Teary-Eyed at the Altar

We got pretty emotional watching Prince Harry and Meghan during the ceremony, but we weren’t the only ones! Even Harry himself seemed to get a little teary-eyed at the altar. Now that is true love!

This wasn’t your average royal wedding ceremony. Bishop Michael Curry of Chicago gave an impassioned speech where he quoted Martin Luther King Jr. and spoke passionately about the power of love. Some of the guests looked surprised, but his presence gave the ceremony some much-needed energy.

The couple went the traditional route with their vows and didn’t write their own, but the way they said them made it all the more romantic. Meghan looked crazy in love with Harry as she recited her vows and the way Harry stared back at her lovingly made us seriously jealous!

As Harry and Meghan exited the church after the ceremony, they finally gave us what we’ve all been waiting for – a kiss! In front of the church, the two locked lips for the first time as husband and wife and it was one of the best moments of the wedding by far. It was just so sweet and heartfelt.

After the wedding, the couple took a carriage ride around Windsor. They smiled and waved at the cheering fans as the traveled along High Street, Sheet Street, King’s Road and Albert Road before eventually returning to Windsor Castle along the Long Walk. It was a really magical moment. 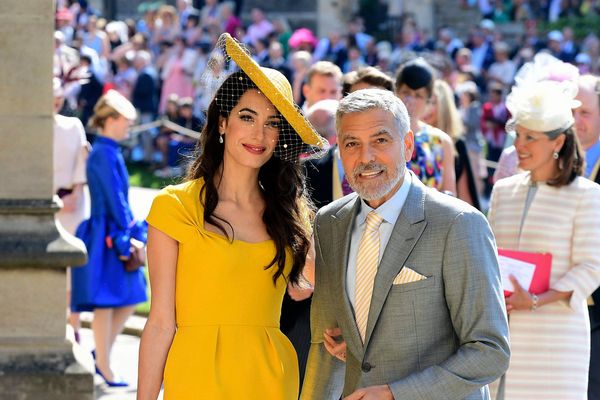 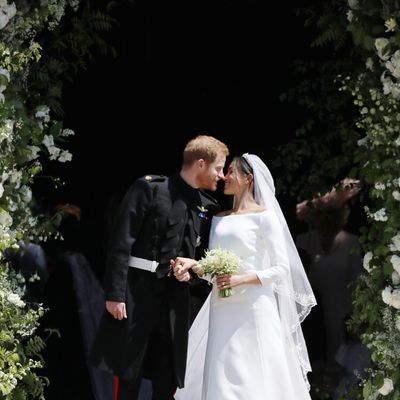