In the worlds of The Bold And The Beautiful (B&B), Days Of Our Lives (DOOL), General Hospital (GH) and The Young and the Restless (Y&R), there are many popular characters who viewers adore, and of course there are others who viewers love to hate. Then there are the characters who fans simply despise and want gone from their screens forever. The following is a list of 12 soap opera characters who should be written off in 2022.

DOOL fans have despised Gwen since she first appeared as a mental hospital patient trying to manipulate Claire. Then they found out she was Jack’s daughter and was in Salem with the sole goal of torturing him. And fans hated her even more. Gwen has become a little more tolerable since she hooked up with Xander, but no one would shed a tear if she were to exit the show next year.

GH viewers seem to feel the same way about Esme as DOOL fans feel about Gwen. They’ve loathed the character from the moment she stepped onscreen this past August. She’s caused nothing but trouble for Trina, Joss and Cameron. Also, she’s expressed an interest in getting to know Ryan Chamberlain, the serial killer. This has indicated to fans that Esme is nothing but pure evil and they’d like to see her exorcised from Port Charles tout suite!

B&B viewers have become fed up with the constant praise for Zoe’s sister. The other characters tell her she’s wonderful in every scene she appears in. Perhaps she’ll be nominated for sainthood next! But nobody’s perfect and Paris certainly isn’t. It wasn’t long ago that Paris was slinking around Forrester Creations, listening in on conversations taking place behind closed doors. Paris has also been paired with Zende and Thomas, but neither coupling seems to have any real chemistry. Many fans would rather see the character of Zoe recast and Paris shown the exit door.

Nikolas has always been a schemer, but the character has turned much darker since he returned to Port Charles in 2019. And his relationship with his son has also soured considerably. Nikolas went from devoted dad to disowning and disinheriting his son within a year. Of course, Spencer was SORASed in 2021 and did stalk Nik’s wife Ava, but even Ava thought her husband was being too hard on his son. Maybe some time away from Port Charles in 2022 would mellow Nikolas out.

Rey has become a one-note character and that note is Adam. Every time he hears the name of his wife’s ex, it sets him off. Plus, they’ve paired him with Sharon and the two have zero chemistry together. He’s constantly berating her when she defends her ex, and it makes the character look like a bit of a bully. His whole family has also been written off the soap, so why is he still in Genoa City?

Speaking of one-note characters, Finn has been one of the dullest personalities to arrive in LA as of late, which is sad, because fans had been clamoring for Steffy to land an exciting new love interest for years. Producers even brought in the scheming Sheila Carter as his birth mother to liven him up — and it didn’t help! Even though Steffy has asked him to stay away from Sheila, his attitude towards his birth mother has been wishy-washy at best. Perhaps he and Sheila could just leave town together.

Kristen DiMera is yet another monotonous character who charges into town for a couple of months and usually kidnaps or eliminates someone. Not to mention the ridiculousness of how she somehow seems to own a perfect replica mask of every woman in town and just pulls one out whenever she has a need to assume their identity. She’s escaped justice far too many times for viewers’ liking. Perhaps a break from Kristen for an entire year would suffice to make her seem palatable again.

Brad just returned to Port Charles after serving time for stealing Michael Corinthos’ son, Wiley. But can he really redeem himself this time around? It’s doubtful. In fact, now that he’s got a mob connection to the Wu family, Brad will likely find himself returning to his shady ways once again. And although some fans were pleased that Brad would be back, many others would like to see him exit again as soon as possible.

Is Abby even an integral part of the Y&R canvas? All she ever seems to do is fret and cry – all day, every day. She goes through a crisis every couple of months and typically resolves it with a silly idea. A fine and recent example of this was when her husband Chance took an undercover assignment, shortly after they got married and were planning a family. But instead of waiting for him to return, she went ahead with her surrogacy plans anyway. Abby is also a character who seems to doom just about any man she’s involved with. Perhaps now that Chance has returned to her, the two of them can just ride off into the sunset, and out of Genoa City, in 2022.

Shauna has been completely useless since her and Quinn’s plot to ensnare Ridge failed miserably. Since then, the only time she’s ever onscreen, Shauna is acting as a sounding board for her bestie, Quinn. It’s a terrible waste of a talented actress like Denise Richards. And if producers aren’t going to give her something to do besides gossip or listen to Quinn, she should be released from her contract.

Speaking of Shauna, her daughter Flo is a character viewers would like to see exit the B&B canvas in 2022. Since Flo and Wyatt got engaged a few months ago, she’s been persona non grata. But executive producer Bradley Bell has stated she will return. Back in 2019, Flo helped Dr. Reese Buckingham sell Hope and Liam’s baby to an unknowing Steffy. But when Flo found out Hope thought her child had passed away and then discovered Hope was her cousin, she still didn’t reveal to Hope that her baby was alive. Writers have tried to redeem the character by having her donate a kidney to her aunt Katie, but to no avail. Viewers will never forget what the baby thief is capable of, and they’d love nothing more than for Flo to leave LA as soon as possible.

Fans have been clamoring for Peter’s demise for months now, which is why he’s made the top spot on this list. The character is so over-the-top he’s almost cartoonishly evil. But unfortunately, he’s a scoundrel who seems to have nine lives, and then some! Peter has been presumed deceased several times, just in the last year alone. However, he keeps coming back to life as though he’s Lazarus himself. Will Peter finally run out of lives in 2022? 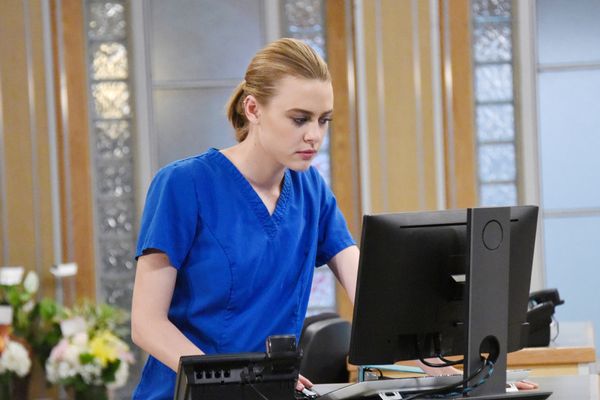 Soap Opera Characters Who Will Come Back To Life In 2022