There haven’t been too many dull moments in 2013 thanks to some of our favorite celebrities! While some of these scandals shocked us, others were definitely expected and we’re certainly expecting more drama in 2014! We have collected 11 of the biggest celebrity scandals of 2013 – check them out!

Although there have been some serious setbacks this year, things are starting to look up for Amanda bynes. She was placed on an involuntary 5150 psychiatric hold this summer after she was seen standing near a gas can with a small fire on a household driveway in Thousand Oaks, California. That, combined with several run-ins with the law (DUI’s, drugs etc), resulted in Bynes making headlines all over the world. After a series of incidences, she was then ordered to receive treatment and went to rehab. Right now she is in her parent’s custody as she continues outpatient treatment and she is looking at attending college for fashion design.

This year has been action packed for Brooke Mueller! She completed her 22nd stint in rehab and was placed on a 5150 psychiatric hold this May after overdosing on crystal meth. Mueller also had her twin boys taken away by the Los Angeles County Department of Children and Family Services. According to officials, the children were considered to be in danger while in her custody. Custody was then granted to Charlie Sheen’s ex-wife, Denise Richards. Mueller currently has increased access to her children, but whether or not she is clean is definitely up in the air.

Lamar Odom, Khloe Kardashian’s husband, has been in the news a lot of this year and not in a good way! Jennifer Richardson and Polina Polonsky both came forward this year with evidence that they were having affairs with Odom. Rumors have also been circulating that he has a problem with crack and cocaine – and Khloe seems to be hinting that these rumors are indeed true. A video of him appearing to be on drugs surfaced recently, where he admitted to cheating on Khloe. In top of all of this,  the former basketball star was also arrested for DUI and entered a rehab facility, but left after only a day.

For a Halloween party, Julianne Hough – best known for her relationship with Ryan Seacrest – dressed up as Crazy Eyes from the show “Orange is the New Black.” She arrived at the party with darkened skin and orange prison attire. After the public backlash, Hough was quick to apologize, but it was too late. That costume is etched in our collective memory forever.

This past June, Paris Jackson – the late Michael Jackson’s 15-year-old daughter – was rushed to the hospital after cutting her wrists and taking an overdose of pills. Sources say that this was not her first suicide attempt. Jackson is currently away at a boarding school out of the state of California. Let’s hope 2014 is easier for Jackson!

Reese Witherspoon, one of Hollywood’s golden girls, was arrested earlier this year for disorderly conduct after she and her husband Jim Toth were pulled over. Toth had been driving erratically and police suspected him of being intoxicated. Witherspoon refused to stay in the car and was aggressive with the officer, which resulted in her being charged. Video footage showed Reese yelling at the police, asking “Do you know who I am” and lying about being pregnant. Toth was arrested for DUI and Reese made a public apology shortly after.

Justin Bieber made headlines multiple times this year – and not in a good way! Swedish police found pot on the singer’s tour bus; Beiber’s neighbors are tired of him driving recklessly through their gated community; he urinated in a mop bucket when he was leaving a club; he sprayed a picture of Bill Clinton with a cleaning product, yelling “F**k Bill Clinton!”; and he was busted leaving a Brazilian brothel with two women who were escorted back to his hotel.We’re sure we’re forgetting something else, but that seems to sum up 2013 for the singer. Let’s hope that in 2014, we see a better side to Bieber!

After a decade of denials, Lance Armstrong finally confessed to doping during his professional cycling career in an interview with Oprah. Armstrong also admitted that he had bullied those who tried to expose his doping and lies, calling himself “deeply flawed,” “ruthless” and “arrogant.” Well, if the shoe fits…

Alec Baldwin was videotaped this fall shouting homophobic slurs at a paparazzo. Baldwin was then suspended from the network for two weeks for his behavior and, shortly after, it was announced that MSNBC and Baldwin had mutually decided to cancel “Up Late with Alec Baldwin.” Let’s hope Baldwin and his anger can stay out of the news next year!

Chris Brown has been at it again! He was arrested in October for felony assault for attacking a man outside a hotel in Washington D.C. Word on the street is Brown broke his nose! After the altercation, the singer checked into rehab to deal with his anger issues. Unfortunately, he was kicked out of rehab after only two weeks of treatment for throwing a rock through his mom’s car window after a family session. We definitely expect him to be on our scandal list next year as well – He is still has too many unresolved issues.

Miley Cyrus’ performance at the VMAs this year is still fresh in people’s minds – unfortunately. After stripping down to just a bra and panties and then gyrating, twerking and suggestively using a foam hand, she seemed to announce to the world that she is done with Disney and her good girl image. It is too bad she couldn’t find a classier way of doing this. We definitely expect more of these antics in 2014! 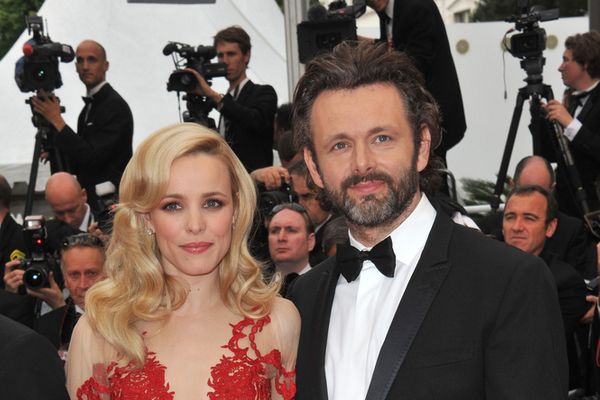