The Best And Worst Moments From The 2014 MTV VMAs

The 2014 MTV VMAs have come and gone and although we were eagerly anticipating last night’s award’s show, we can’t help but feel that it wasn’t nearly as exciting as some of its predecessors. Despite having a number of new celebrities perform, many of the performances didn’t quite live up to the hype. Some of our favorite (and least favorite) celebrities, who are known for stirring up the drama, also failed to deliver in the ways that we expected. We decided to go through some of the best and worst moments from the 2014 MTV VMAs. Even though the show was a little lackluster, there’s still plenty to gossip about!

At the MTV VMAs, Taylor Swift performed her new single “Shake It Off.” She wore a shimmering, silver two-piece ensemble and had her female dancers in matching charcoal outfits with her male dancers in suits. The former country star’s performance wasn’t bad, but it wasn’t that different from all of her other VMA performances. We also think that she should have lip synched more. With all that running around, her singing was definitely compromised.

After twerking her way through her new hit single “Anaconda,” Nicki Minaj quickly slipped backstage to change into a black mini dress to perform “Bang Bang” with Ariana Grande and Jesse J. Unfortunately, it doesn’t look as she was able to actually get her black mini dress on properly. During her performance with the other two singers, Minaj moved gingerly around the stage, holding the dress together as though it was about to come apart.

One of the better outcomes of the VMA’s is that Miley Cyrus proved that she is capable of doing other things to get our attention that don’t involve twerking. When she won the award for Video of the Year for her hit single “Wrecking Ball”, she had a homeless man named Jesse go on stage to accept for her. In his speech, Jesse talked about his experience of being homeless in L.A. and concluded with a call to action: “If you want to make a powerful change in the world right now, join us and go to Miley’s Facebook page.” This act by Miley indicates she is still capable of selflessness, which is often forgotten during her regular antics.

Nicki Minaj’s solo performance was a complete mess. She was supposed to perform her single “Anaconda” with boa constrictors, but one of them ended up biting one of her backup dancers during rehearsals, so they weren’t included. For the performance, Minaj wore green high wasted granny panties with a matching bra and she didn’t do much else than twerk and grind through the entire set. On a side note, Jennifer Lopez’s ex Casper Smart, who reportedly cheated on her with a couple of different transsexuals, was rumored to have been in charge of the choreography.

When Ed Sheeran went on stage to collect the award for Best Male Video for his song “Sing,” he had to dodge some hate from Miley Cyrus. They were both sitting in the same row and, as he passed, she looked on coldly, not clapping and could be seen saying “a**hole.” Last year, after her VMA performance, Sheeran was less than impressed. “It’s a stripper’s move. “If I had a daughter of mine, I wouldn’t want her twerking. When I first heard ‘Wrecking Ball,’ I thought it was a brilliant song. But the video distracts too much from it,” he told The Mirror.

Usher performed “She Came To Give It To You” with Nicki Minaj at this year’s MTV VMAs and the two singers got super close during the performance. While Usher was playing the bass, he repeatedly bumped up against her butt with his shoulder and then gave it a slap before she went off stage. The whole thing looked pretty awkward and trashy, even though we are pretty sure that they were aiming for sexy and shocking.

At the 2014 MTV VMAs, Beyonce performed a medley of songs from her most recent album, Beyonce. The performance included 12 songs meshed together into an amazing 15-minute set. Afterwards, Jay Z, along with their daughter Blue Ivy, presented her with the most prestigious award of the evening, the Michael Jackson Video Vanguard Award. Rumors are still swirling that these two are headed for splitsville; however, they managed to put on a united front last night. 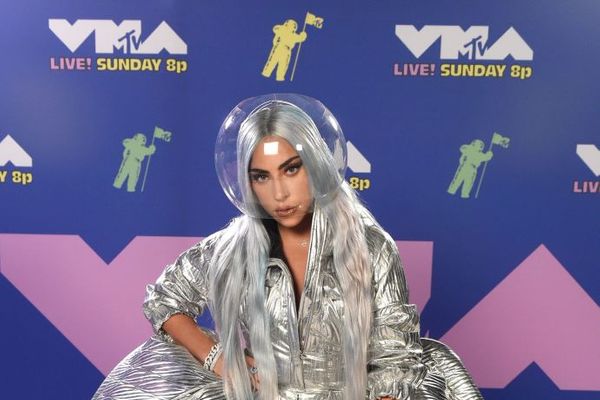